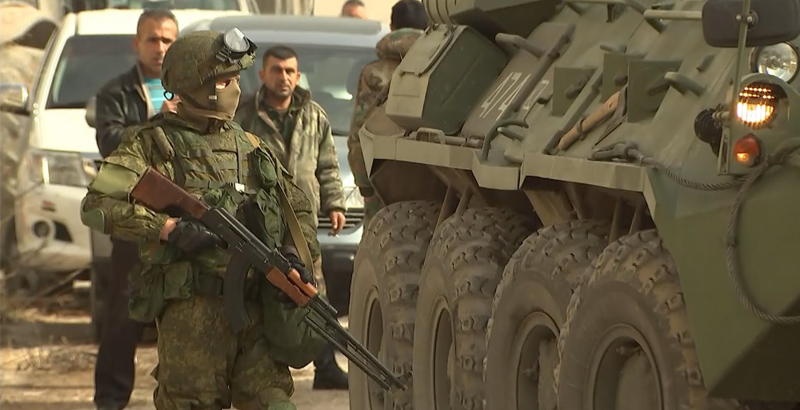 Hundreds of soldiers of the Syrian Special Forces have been trained by Russian military experts to fight against terrorists of the Islamic State (IS) group in eastern Homs and on the territories, located to the west of newly-liberated Palmyra city, the al-Watan newspaper reported on Tuesday.

According to the newspaper, trained units of the Syrian Special Forces, which received a name ‘IS Hunters’, had played a significant role in the liberation of Palmyra city from IS terrorists. As Al-Watan noted, now, so-called IS Hunters will maintain security of government facilities, airbases, arms and ammunition depots in the region, as well as fight against terrorists on oil and gas fields. Reportedly, Syrian servicemen were trained by the Russian Special Forces in Lattakia.

As the newspaper noted, at the same time, Russian military experts have started to train 100 pilots of the Syrian Air Force on new models of the MIG fighter jets.

On March 2, Damascus and Moscow announced that the Syrian Army, backed up by the Russian Aerospace Forces, managed to regain control of Palmyra city. Press secretary of the Russian President, Dmitry Peskov, said that Russian Defense Minister Sergey Shoigu reported to the commander-in-chief, President Vladimir Putin, that the city of Palmyra, located in Homs province, was liberated from IS terrorists. A few hours after, the General Command of the Syrian Armed Forces also confirmed the report.

The city of Palmyra already was liberated from terrorists in March 2016, but in December, militants again managed to take control over the city. For the first time, terrorists took Palmyra in May 2015.

They are closing it up! They finally said to themselves, “alright, enough playing around, enough embarrassments and horsing around, we have to be the hero of our own story and finish this fight ourselves, blow them all to hell!” And now they are going full throttle and it is quite glorious!!!

Lol true, but not only that we must thank Russia’s Army from taking our military to 1 star, to 5 stars. They taught our military so much. We now have the newly Russian trained Syrian (5th Legion, IS hunters, 100 expertise pilots, Syrian bomb defusers, advance warfare intellect).

Absolutely, they are a huuuge help to you guys and the best friends you could ask for!