Local sources told the state-run Syrian Arab News Agency that the first convoy was intercepted near the village of Tell al-Dahab in the northern countryside of al-Hasakah, while the second was intercepted in the outskirts of the nearby village of al-Salihiyah. Both convoys were forced to retreat.

While SAA soldiers prevented the US convoys from passing through their checkpoints, the locals stoned the convoys’ vehicles and went on to chase them. 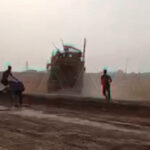 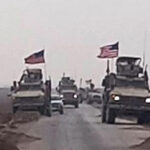 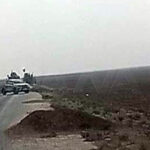 Just a day earlier, government supporters in the towns of al-Damkhiya and Abu Thwail, which are also located in the northern countryside of al-Hasakah, intercepted a convoy of the US-led coalition.

Such confrontations are becoming more frequent in the northern al-Hasakah countryside, where the US-led coalition is apparently trying to expand its operations.

The SAA and government supporters in the region will likely continue to restrict the movement of US-led coalition forces. There were serval confrontations in the last few weeks. Yet, no clashes were reported. This may happen soon, however.

Were I the Syrians, I would ask the Russian military police to block the roads out of the U.S. garrison, to restrict their movements as much as possible, to minimize the risk to civilians. It’s only a matter of time before some psycho lets it rip and it ends up in a massacre.