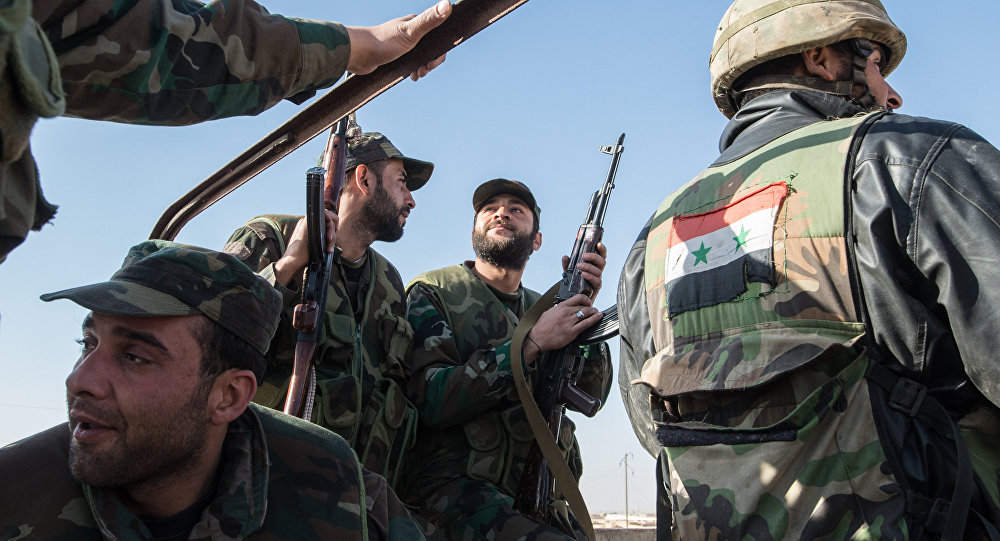 On March 12, Syrian security forces raided a weapons workshop in the town of al-Nuayyimah in the eastern Daraa countryside, according to Sputnik.

An unnamed Syrian security source told the Russian news agency that the illegal workshop was used to manufacture and fix weapons. According to the source, the workshop’s owner remains at large.

The insurgency continues in Daraa. A weapons workshop in eastern Daraa that was raided by Syrian security forces today. Photos from Sputnik. pic.twitter.com/5VETavzGXb

The workshop may have been used by some cell as a staging base for terrorist attacks in Daraa. In the last few months, dozens of attacks were reported in the governorate. The attacks targeted government service members, former rebels and civilians.

Most of the recent attacks in Daraa remain without a claim. ISIS and other terrorist groups, like al-Qaeda-affiliated Hay’at Tahrir al-Sham, are the main suspects.

The Syrian military, intelligence and security forces conduct combing operations and raids in Daraa on a regular basis. Despite this, the situation in the governorate does not appear to be improving. More efforts are clearly needed to stabilize the situation there.