The Syrian government, Russian officials and Kurdish commanders have held a number of intensive meetings in order to improve mutual understanding between Damascus and Syrian Kurds. 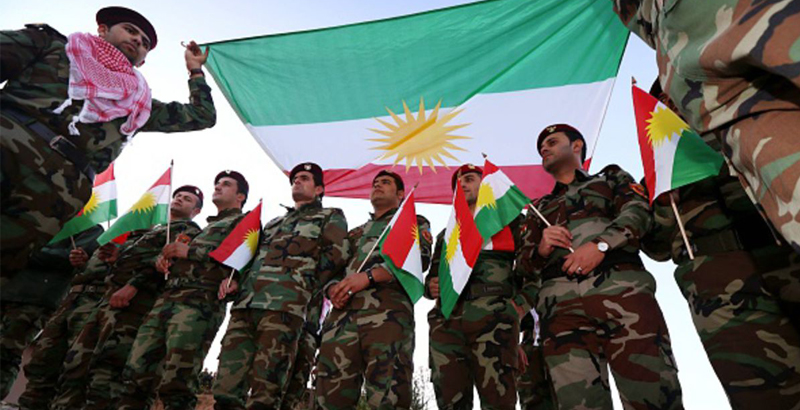 A number of intensive meetings have been held between representatives of the Syrian government, Russian officials and Kurdish commanders in order to improve mutual understanding between Damascus and Syrian Kurds, the Fars news agency reported on Saturday, citing unnamed Kurdish sources.

According to the sources, the main goal of the meetings, which were held in Damascus and Latakia, was search of new ways for further negotiations between the Syrian government and Kurds, as well as of new ideas for dealing with problems of the Kurdish community.

The sources noted that the meetings were pretty successful and expressed optimism about a further agreement between Kurds and the Syrian authorities.

Last week, it was reported that Moscow intended to use its all diplomatic channels in order to create a fertile soil for closer ties and mutual understanding between Kurds and the Syrian government.

As Fars reported at that time, after a recent meeting between Russian and Kurdish officials, the Kurdish side was going to take part in talks with representative of the Syrian government at the Hmeymim airbase, located in Latakia province. According to reports, though, the Kurdish-led Syrian Democratic Forces (SDF) have limited advances in Raqqa’s operation, they still insist on establishing a federal system.

As an advisor of the Co-Chairman of the Kurdish Democratic Union, Sihanuk Dibo, told the al-Akhbar newspaper, a meeting between Kurdish officials and representatives of the Damascus’ government would be a great move towards decrease of disagreements between the two sides, as well as would conduce to resolve the Syrian crisis.

“They (Kurds) still insist on establishing the Democratic Federal System in the Syrian Arab Republic in order to end the crisis in the country,” Dibo noted.