Late on February 21, Syrian and Russian warplanes carried out a series of airstrikes on Greater Idlib, targeting several vehicles in the northwestern region.

According to pro-government sources, at least nine vehicles, including many battle tanks, were destroyed between the towns of Mjdlya and Sarmin in southern Idlib. The vehicles were most likely supplied by Turkey to its proxies in the region.

Two days ago, the Turkish military and its proxies, including al-Qaeda-affiliated Hay’at Tahrir al-Sham (HTS), launched a large-scale attack on SAA positions in the town of al-Nayrab in southern Idlib.

The Syrian Arab Army (SAA), backed by the Russian Aerospace Forces (VKS), repelled the attack within a few hours. Syrian and Russian strikes destroyed more than a dozen vehicles, including four M60 Sabra MK II battle tanks of the Turkish Armed Forces. A video of the strikes was released earlier.

Intense Syrian and Russian airstrikes are now targeting the southern Idlib countryside. Turkey and its proxies may be planning yet another attack on SAA positions in the region.

Excellent opportunity for vks and sy.AF for some target practice

Giovanni
Reply to  Friend of Russia 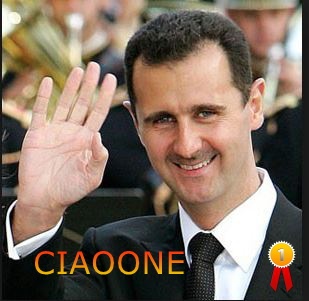 I can only hope they had Turkish crews acting as mercs

The poor suckers inside were probably told it’s an exercise ffs.

Erdogan tells lies all day long, but he won’t be long for this Earth after this latest debacle.

You don’t expect terrorists to master tanks that required proper training. Turks army have to drive it for assault.

Not necessarily, the terrorists have experience using T-55/62/72 tanks, so they could probably use an old (but modernized) M60T. Seems like a terrible waste to give them the Sabra’s instead of the old M60 reserve units though.

How can we called these tank deploying troops with manpad & artillery, covered by USNato-Turkey-Israel air force, as terrorists?

They are USNato paid war crime mercenary without insignia.

Keep on destroying all moving 1 km long terrorist convoys. Keep on postponing any meeting with killer Erdogan.Putin should leave voice message on his phone.Which read I am busy monitoring fleeing jihadist,will get back to you after we finish them of for your scrap metal.

The message should say, “I’m in the bathroom stay by your phone I will call you RIGHT back”…

Dont you think that crazy fuck can turn around and says .When I call you you were showering or shit.

The trick is to get him to wait by his phone so he can’t do something nutty.

Step right up to Vlads’s used car lot … huge sale on scratched and dented vehicles … due to low price, no warranties and you must haul it yourselves … more inventory coming.

Remember … you can always trust Vlad … he delivers

Well this is Putin’s world, we just live in it.

I hear there’s a “fire sale” on used Turkish armor…

2 for 1 special … it was on ALEPPO TV this morning

Its “as is”… You have to arrange shipping.

Erdogan was stupid enough to trust Russia instead of their NATO ally the U.S, it’s all or nothing for him now.

NATO wants nothing to do with SYRIA

That’s not what I wrote, I meant that Turkey made a mistake by trusting Russia to secure its interests in Syria. Erdogan was played, he also lost the F35.

This is the biggest gift Russia has given Turkey in modern times.

LOL @ the F-35 boondoggle… a product of Fed-sponsored corporate welfare… that promises the stars but doesn’t do work particularly well in any single role. That F-35. Erdo owes Putin at least one favor for pulling his feet from that fire.

Russia tried to secure everyone’s interest in Syria. The Syrians were supposed to get a cease fire which brought security to Aleppo and Hama, and the use of the highways. Turkey signed up to it but didn’t send the force structure to make it happen. Turkey got de facto control of the Idlib zone, which is what they wanted but agreed to separate HTS from Turkish proxies, so Russia could get what she wanted; the chance to eliminate HTS jihadi street gangs, especially those from the Caucasus mountains. Turkey failed to live up to what she signed on the dotted line to do, and in fact gave weapons to HTS. Turkey refused to listen to Russian requests that she honor the provisions of Sochi and Astana, to the letter. Erdo said he was satisfied with the execution of the agreements, and why wouldn’t he be? Turkey was the only one getting what they signed up for. Russia, who restrained Syria for a year, finally green lighted an attack in the 13th month. Russia proved trustworthy, but Turkey did not. Now Turkey is telling the Russians in meetings that if the SAA pulls back beyond the “Observation” posts to the original contact line that Turkey is prepared to open up the highways, remove HTS and strictly enforce the cease fire. Where was that willingness and force structure for the last fifteen months? And why did it take a successful SAA offensive to bring your committment to do what you committed to do already more than a year ago? And why should anyone trust you at all? Turkey is likely to open the highways and restrict the movement later of Syrian military traffic or something and dare the SAA and Russia to do something about it, again. No. Russia was wise to tell Turkey no.

NATO are stupid enough to “trust” in Erdogan, just as stupid as those who vote for war criminals in Israeli occupied Palestine.

No Erdo was just plain stupid – he did not fulfil Turkeys obligations under the Sochi agreement to separate the jihadis from the other rebels & prevent them attacking Syrian areas. Syria & Russia now have to act to do what Turkey should have done.

trusting the US is like trusting the illegal racist apartheid scorpion entity.. its good for a poke in the aye.. or worse..

moron, to trust anybody in international politics, or in such military conflict, will quickly finish your existence.

yep … February 31st … which does not exist

First Er-doo-goon said February 29 thinking he was being clever then an aid whispered in his ear, “Its leap year”… uh yeah that’s awkward.

“Vlad, why didn’t you tell me that a coup is in progress ?”

“Because your a twat Erdy”.

The guy is a dead man walking, no one will stop the next coup, probably before the end of the month.

Strange, I thought the “dead line” was near Nayrab. :)
Turkish armor in Syria: 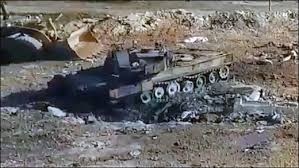 US pilots are fuming, Russian pilots are having all the fun in Syria.

Russian pilots only do 4 months in Syria and then new crews are brought in … Hundreds of Russian pilots now have honed their skills on live enemy targets in this turkey shoot.

On the job training, the correct way.

As Putin said, the war expenditure come from part of military exercise budget. Its a real war terrain training.

Great Sultan Erdogan’s forces were hoped to already advance on Damascus by now and declare the long awaited Caliphate their ISIS Heroes gave their wretched roach lives for. But wait.. that didn’t happen. What’s going on with Sultan Erdogans conquest?

The Russian and the Syrian need to start the next phase operation to clear the secures latakia and its main highway and to clear the whole entire iblib. Those weapons Turkey are bringing along the Syrian border could stay there as long it don’t endanger Russian and Syrian military personnel, if it does endanger them they must be located and taking out even if it’s in Turkey Territory.

The Objective
Reply to  King Cliff

It will be a foolish move to strike any targets within Turkey. Don’t forget that NATO is soon moving into Iraq to relief the U.S. In fact, NATO is planning a greater role in the Middle East right now. I don’t see Putin falling for any such bait. Haven’t you wondered why the U.S is keeping quite about this brewing conflict? Russia doesn’t stand a chance in the Middle East against the U.S. They are outgunned.

Erdogan would love for Syria and/or Russia to hit a target in Turkey directly. They tried that when they shot down a Russian plane in 2016, but Russia being smart didn’t trip over.

The only way to solve this mess is for Assad to agree to a power-sharing deal with the Sunni Majority of his country. Do not think all opposition to Assad are terrorists. There are legitimate Syrian people who truly want an end to dictatorship. Should All Syrians be allowed to vote freely, Assad will certainly go.

Both Iran and Russia want dictatorship maintained in Syria, even as they keep pointing to the GCC civilian dictators.

May God put an end to all Dictators!

Tim Williams
Reply to  The Objective

Dictatorships do not have multiple political parties represented in their government … directly from the CIA … DEC 07,2019

Kananda
Reply to  The Objective

Ronald
Reply to  The Objective

So your not advocating for regime change in Saudi Arabia, UAE, or Qatar, only their enemies, the Shia nations.
Sunni “civilian” dictators are more civilized, do you really think it so.
I doubt you’ve spent one day in any Muslim nation.

You are right though, it would be foolish to attack Turkey, but do remember that Turkey is invading Syria, not the other way around.

And NATO in Iraq, we’ll see if Germans and French like dying more than Americans. Oh they said no, oh well you can always trust those Canadians and Brits to die for “duty”.

roland
Reply to  The Objective

Why does a picture of ISIS/Al Qaeda/Daesh/White Helmets holding a Pride Parade on top of a convoy of Toyota Trucks, so come to mind? Do Turkey get Toyota to supply their tanks?

Rail link between Damascus and Aleppo City to be reopened in 3 weeks after being down for years. RATS either destroyed or outright stole nearly 100 kilometers of the line … rail crews have been working round the clock to get it up and running again.

Yellow line is the rail …

Syria had new S Korean passengers train sets that ran the route, but have been basically mothballed since the invasion.

and please note that once the jews are gone, the world will say in unison – not a second too soon.

WHAT DOES YOUR RANT HAVE TO DO HERE ?

if you can’t fathom that I s’pose you’re beyond help.

another dead TURK … they admit to 1 … what’s the real number ?

The best defense right now is the continuation of the SAA-Russia-Hezbolah-Iran offensive on Idlib land. Having a strong Russia-Syria air forces support, there must be so much problem to take, not only M4 highway, but the whole Idlib, getting rid of terrorists and Turkish genocides.

The turkic “observation” posts in Syrian soil should have been bombed long time ago. What are you waiting, burn them !!!!

The SAA has learned the hard way how not to use tanks (in Jobar etc). The Turks haven’t learned yet. Using them as isolated mobile artillery strongpoints is pretty dumb, just ask the Houthis.