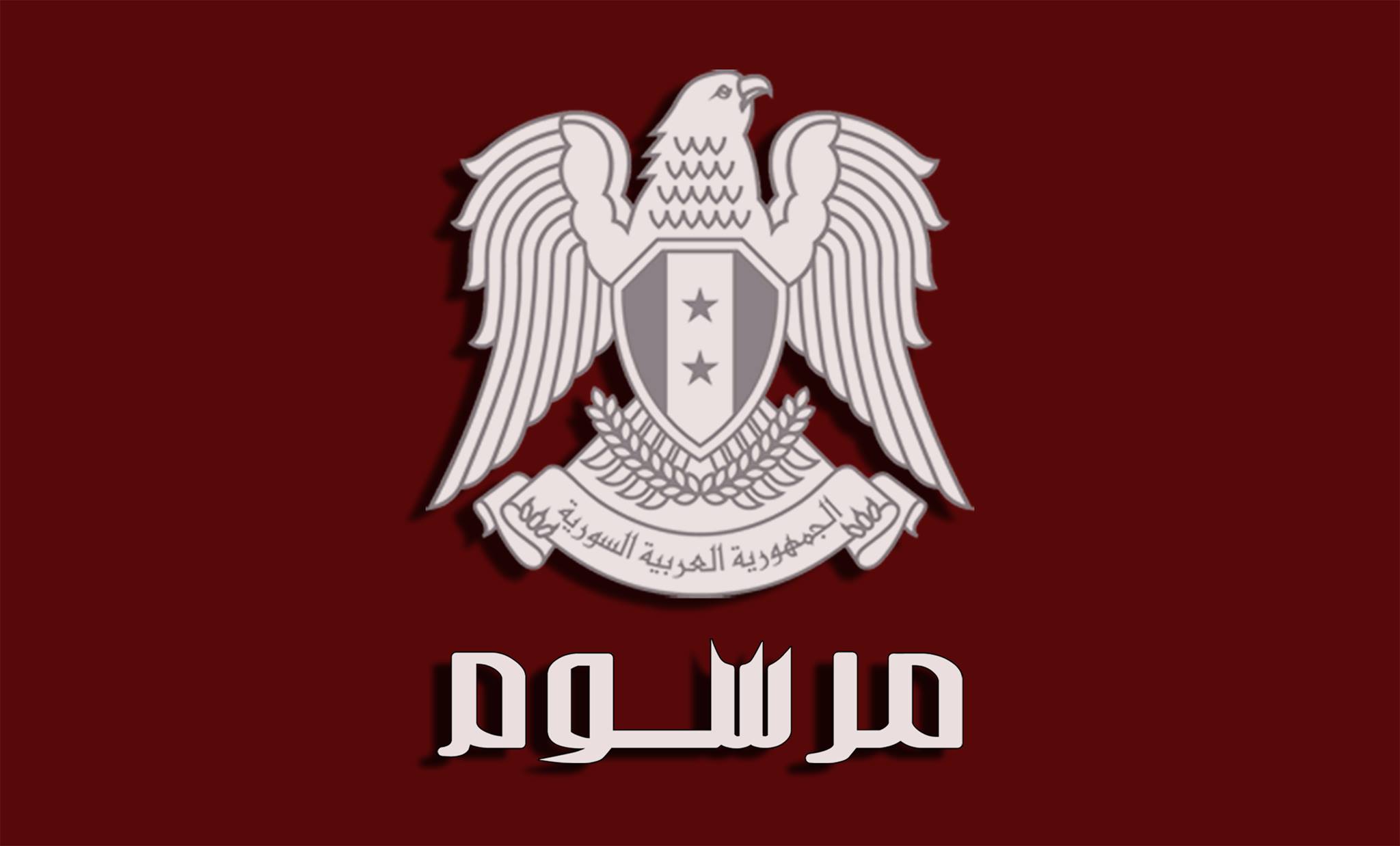 The decree pardons or eases the punishment of many crimes, including some listed under the 2012 Counter-Terrorism Law.

This step marks the first time the Damascus government issues a general pardon since the early years of the conflict. In the last few years, several pardons were issued. However, they were limited to military defectors and draft dodgers.

By issuing a general pardon for the first time in years, Damascus is likely working to assure Syrian refugees planning to return to the country.

Call me old fashioned if you must, but I’d like to see them all pardoned with ATGM up their ass

This amnesty is fundamentally aimed at those who have escaped from Syria and can be considered as army deserters. People who did nothing good, but nothing bad either. Demography is an important thing, especially if you must rebuild an entire nation from scrap

I get that 100% Tiresia and I support the rejoining of society especially when people had no faith in the defeat of these rats and flrd for safety. The gut wrenching thing is that the local head choppers can avail of the same pardon. I hope the local tribesment have long memories in the coming years

Two things – one is that the Syrian government have all the casualty lists at hand, and I’m sure they calculate that so many of the original jihadists are dead that the small percentage that remain are not going to be able to cause too much trouble. It is a risk, but a calculated one. Secondly, the pardon simply means that the State is not going to pursue such crimes if the jihadists can settle their differences with the local people, which may not be possible. On the whole this is a good move.

Haha. Blaming others for forced recruitment. You and Assad still dont get it.

Most of those people support NO MORE KILLING AND WAR. Being rookies for Assads or any is no option for them at all.

Assad and the SAA never wanted war you imbecile, Assad ordered the police to disarm before a protest in Daraa in 2011 so that no accidental or over zealous actions could cause unrest. That day snipers shot dead 7 policemen and 4 protesters were shot also (yet the police had no weapons) many others were wounded. The peaceful long bearded protesters siezed their opportunity in the coming days and slaughered dozens of unarmed police in their houses or on the street (beheading many) in what looked like a long time planned affair

That day was a replay of what happened in Ukraine. Snipers shot in all directions to create chaos so that both sides -the police and the people- blamed each other. Perverse tactics.

I have followed Syria since before 6 days in june even I was very Young. Dont put some few dead into that.

Telling me Assad and SAA and so on makes med feel sick. Those dont represent Syria at all. They represent Baathists having it all as private property stealing oil and gas from the rest as well as being very corrupt.

Hard for me to see people telling its an arabic country even 30% are not as well as renaming everything incl. people as if they are/were.

A country is, where You include all. I only see the opposit today in war as well. Assads and SAA expell people from being real Syrians making them second class.

Women are even worse. even today. Fx a Syrian man can marry a foreign wife make children and all can get Syrian passports. A women marying a foreign man can not.

Another example in the Syrian Parlament is about elderly men making girls to non virgins by nice clothe and chocolate can be free, if they marry the girl. Where is the girl in that. Well, she lost value and the parents dont get paid twice.

If things like that came into our parlament or even outside, men like that was jailed right away and also had to pay compensation TO THE GIRL. We dont sell our girls into marrige at all. They are not objects like sheep and cars. Yours are.

Looking at the local demostration by the so called “refugees” here in my city, with the 3 star flag waving, screaming allau akbar, with the finger pointing in the sky, your peace loving pacifist in reality are in the huge marority muslim extremists of all kinds: Muslim brothers, Whahabist, Salfists. The slogan of the revolution was not “End killing and war” but “Christians to Beirut, Alawites to the grave”. But be trapped in your delusion. Serves you well. And i understand it. If you would live up to the facts, you would have to take a stand against your overlord called USA. And you in Denmark prefer to play “big power” by crawling and clawing onto the skirt of the US like a little bitch. As apposed accepting to be only a rather small country, but an upright, proud and sovereign country.

I know that. You certainly has fertilized it very well. We adapt and include all from birth treting them well. By that You get less extremists.

Your great Assad & Baathis succes is to unite and grow ANY, which dont like them. The only other structure for that is Sharia. Those are the ones, which are not afraid to die.

The You have the millions which deny participating in any sides of any warfare. Those are not Syrians ??? If they joined Assads, Assads had won years ago.

You ant even allow to let the poorest people in the country to have a try. SDFs are the poorest in the rural district in the 250 mm landscape in north incl. Afrin.

And the Jihadist uprisers are the poor ones too. Often urbanized having no jobs bacause Assads dont create jobs and even in that let men there keep the vomen even more stupid, then themselves.

Let me remind You that our new premiere minister just has named Trump ideas about Greenland as absurd, and he didnt like it.

For my self, I have been against any invasions since Afghanistan and has written about it too. Its not because I like You. I just think its a waste and walls around You might be cheeper as well as we cant be blamed, You kill ech other.

Only oil and gas out. Only food in. And of course to fair prices.

You are part of the infamous and criminal ideology of the new American Jewish century. 21st century Nazis that slaughtered two millions among iraquis, Lybians, Syrians, yemenites, Palestinians, condemning Assange to 175 years in prison becouse he informed us, covered by the jews lies, with the truth. Better Assad defending Christians rather than Israel that arms ISIS to massacre them.

You dont understand Arab society. President Assad is playing 64D chess here arab style, he knows that the same people in the SAA have uncles, brothers, cousins, relatives etc. with the armed rebels, he doesnt have the resources to catch them all and most regret joining these rebels. The most imp thing Syrian society needs now to combat the Zionist agenda is unity.

Very good excuse for anything. A poty Nobels has no price for that.

Thats probatly because they dont have money, honeur and respect for that many winners.

The situation is not ideal, but look at the map – more than a third of Syria is still occupied, President Assad needs all the help he can get even from previously armed rebels. The threat of another coup will always be on the table as long as Israeli exists.

Again its hard to see Arab society mixted into zionist agenda. So may of You must be bi-polar ofr skizzo mixted up with psycopats being sociopats.

At least You are honest :(

This decree actually makes sense. Those who committed crimes and who now wish to close that chapter of their lives can do so, and those who are committed thugs will continue to be so.

It means that the most harsh punishments can be given to the committed thugs as they continue their crime ridden existence in the future.

A bullet in the head will suffice with them.

Yes all the obeyers of the Dictatorship can. No opposition at all.

They all shall bend, so he can sit at flag or tatoo in their behinds 5 times a day. Slaves freedom is to decide nothing at all.

Never rely any of that. “Crime” is soft as jumping on a new cheese too.

Assads as usual like in South will have people comming back and as with Hafez as family tradition take them silent one by one.

I hope all terrorists will surrender their weapons and grab this opportunity to unite as one Syrians and reject Turkey and USANATO interference.Because it serve as benefit of Israel alone.

if these terrorists are syrians

Good job Mr. Assad. One can not beat terrorism with bullets, but with paper and pen only.

“By issuing a general pardon for the first time in years, Damascus is likely working to assure Syrian refugees planning to return to the country”.

It will do a lot more than that LOL, all the fighters in Idlib that haven’t committed any crimes will also be eligible for this pardon, this might even make some of them consider putting down their weapons and joining the reconciliation process, smart move by Assad I think, hope.

Bachar Assad is a true leader, a great man.

I just want ot remember that behind terrorists (and cowards Syrian people who joined terrorists) are Israel-USA-NATO, the pardon given to them will cost a lot of bombing to Syria civil people, and with high probability that terrorists reorganized themselves an lunch another strong attack (Israel-USA-Turkey weapons feeding) to Syria government.

i’m sure that Syria has a plan. I mean they must know who their own citizens are for 1.

As someone else mentioned – it allowed people who are potentially good to come clean now. But the headchoppers and criminals can stay thugs and die.