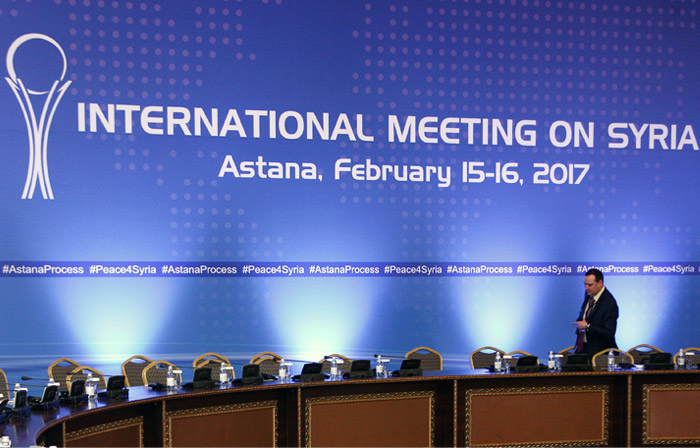 The so-called Syrian opposition ingored the Astana peace talks backed up by Turkey, Iran and Russia.

The “opposition” blamed Moscow and Damascus for violating the nationwide ceasefire and said that this was the main reason of the decision.

Thus, the talks took place without participation of “opposition groups” controlled by Turkey. Ankara, Tehran, Moscow and Damascus were the main sides involved in the negotiations.

Experts linked the decision of the “opposition” to ignore the talks with President Erdogan’s visit to Moscow during wihch the Turkish president failed to achieve any significant political and economic goals in the relations with Russia.

Al Jazeera’s report on the issue undirectly confirmed this conclusion:

Abdul Majeed Barakat, political adviser to the Free Syrian Army (FSA) factions involved in the Turkey-backed Euphrates Shield Operation in northern Syria, told Al Jazeera that the opposition was not clear on what the plans were for this round of talks in Kazakhstan’s capital – and Turkey didn’t push it to attend.

“The Turks did not really encourage the participation [of the opposition]. They didn’t stop it, but they didn’t encourage it either,” said Barakat.

More about the Turkish agenda in the Russian-Turkish talks could be found here.

The so called “Syrian opposition” should be renamed in to Turkish opposition, it would be more appropriate I think. Erdogan is effectively burning the last bridges that he’s got left in his Syrian debacle …

Oil production and smuggling it to Turkey was the major revenue maker for ISIS and also very important for Erdogan to fund the FSA and the fight against the kurds. Now that the syrian army and kurds have cut the link between ISIS, FSA and Turkey, Erdogan will struggle to pay his bills and, if he wants to receive money from Saudi Arabia and friends, he will be forced to stop the play on both sides game and directly send the turkish army against both the kurds and shiites, what i think he will do if he receives all the power he wants after the Turkey’s constitution reform.

I ingore things too sometimes.