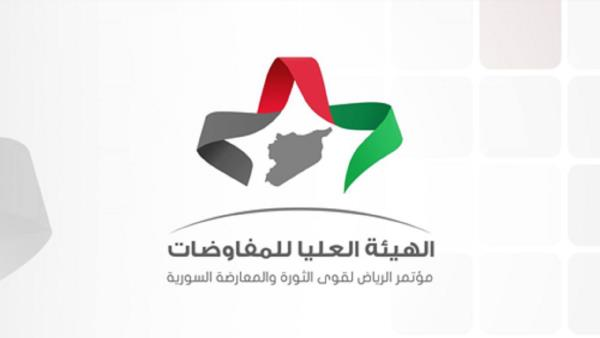 On January 27, the Syrian opposition Higher Negotiation Council (SHNC) announced that it will not attend the upcoming Syrian National Dialogue Conference, which is set to be held in the Russian city of Sochi on January 29-30.

The SHNC said that 26 out of its 36 members voted against attending the Sochi conference. However, several Syrian oppositions sources reported that several figures of the Syrian opposition might attend the conference if are were invited personally.

Yahya Aridi, spokesman for the SHNC said that Damascus government and Russia didn’t provide the necessary commitments for the Syrian opposition to attend the Sochi conference. Moreover, Aridi criticized the conference and described it as an “attempt to undermine UN efforts to mediate a peace deal” in Syria, according to the Qatari al-Jazeera TV.

Many observers believe that the SHNC refused to attend Sochi conference due to a pressure from the US and its allies, mainly Saudi Arabia, the direct backer of the SNHC. The US, Saudi Arabia and three other countries presented a controversial peace plan to the UN during the last week. The plan was seen as an attempt to keep the focus on the Geneva talks only.

There is no doubt that absence of the SNHC will have a negative impact on the Sochi conference. However, many pro-government activists argue that the Syrian opposition could join the upcoming rounds of the conference.

USA,UK,FRANCE and SAUDI ARABIA PROPOSE refusal for opposition not to attend.USA/NATO drone are killing innocent people in USA proposed democracy in Afghanistan,Iraq,Libya and Syria.USA terrorists democracy is killing Muslims, Arabs and Christians and also instigating one another causing total chaose and destruction around the world.Doing what UN implementation is doing what USA/NATO wants not equal right now fairness just totally shithole.

Peace is a dirty word for the zionists.No surprise they would interfere with any deal that doesnt include their unwanted presence.

Goℴgle offereing to people of each age 99 dollars hourly to complete few jobs online .. Work Some only few time & live happy more time with your loved ones … any individual can avail this online service…on Tuesday I purchased a new Lotus Elan just after earnin $7919 past month .without any doubt it is the easiest-work however you could not forgive yourself if you don’t take a look at this.!wx11v: http://GoogleNewPinFinanceReportsOnline/online/easytasks… ♥o♥v♥g♥♥♥v♥u♥o♥♥w♥a♥♥♥p♥♥g♥♥♥z♥♥♥a♥♥♥l♥♥t♥♥m♥♥g♥♥♥r♥♥e♥♥♥v♥♥g♥♥p♥m♥♥h♥♥♥m♥l:::::!gw893b:lh

They are waiting While whole Idlib will be clean out haha

Calling themselves the High National Committee sounds so Saudi Arabian and USUK naming.

Excellent, the lesser representatives of Wahabi (Al Qaeda) terrorists go there, the better.

When you invested so much into something, in this case regime change and Assad must go at all cost, it becomes quite hard to give that up. In no small part aided because for so long Western governments fed that delusion. And sometimes still do.

Sad news that these groups are putting there interests before the Syrian people!

These guys all started out wearing beards and are more than likely CIA representatives, and not Syrian but Wahhabi foreigners.

Thought these guys were all Al Qaeda terrorists , they must be upset they can’t wear their beards anymore.

If you don’t attend you won’t be heard. YOUR problem.