Syrian officials confirmed the information about the use of chemical weapons by militants in Aleppo. At least seven civilians died and 25 more were injured as terrorists fired shells, some containing toxic gas. 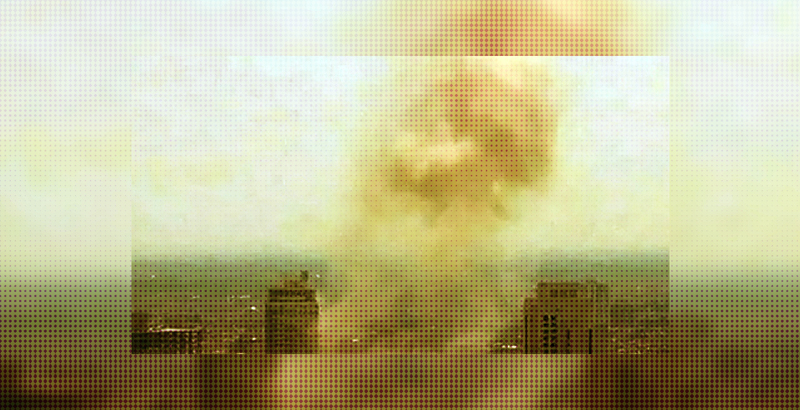 Syrian officials confirmed the information about the use of chemical weapons by militants in Aleppo. At least seven civilians died and 25 more were injured as terrorists fired shells, some containing toxic gas, the SANA news agency reported, citing local health officials. The shelling occurred amid an ongoing humanitarian crisis in the city.

According to the city’s health director, Mohamad Hazouri, a terrorist attack on the Old City of Aleppo on Tuesday with “shells containing toxic gas” led to the death of five and suffocation of eight more civilians.

On Tuesday evening, the Russian Reconciliation Centre in Syria said that Al-Nusra Front  and Islamic State terrorists were continuing to shell residential areas in Damascus and Aleppo.

“During the day in the province of Aleppo, terrorists fired mortars at the town of Ansar and two heights in the surrounding area, [and the] neighborhoods [of] Hai al-Ansari, Leramon, al- Khalidia and a shopping center ‘Castello’ in the city of Aleppo were also targeted,” the statement of the Russian Reconciliation Centre reads.

The events take place against the backdrop of the a dire humanitarian crisis in Aleppo, which “is on the verge of running out of food and other essential supplies,” according to the Amnesty International organization.

Last week the Russian defense minister announced that ‘safe passages’ to let civilians flee the battle zone have been created. At the same time, Russia delivered 25 metric tons of humanitarian aid to Syria’s provinces of Aleppo and Homs, as well as the city of Deir Ez-Zor. On Tuesday the Russian Center for Reconciliation in Syria dispatched a convoy containing 18 tons of aid to Aleppo from the Russian Khmeimim air base.

On Monday a Russian Mi-8 transport helicopter was downed while coming back from a humanitarian aid mission to Aleppo. Three crew members and two officers onboard died. According to the chief of the main operations department of the Russian General Staff, Gen. Sergey Rudskoy, terrorists from Al-Nusra Front but also forces seen as “moderate opposition” by Washington operate in the area.