On August 2, the Syrian Arab Army (SAA), the Tiger Forces and former fighters of the Free Syrian Army (FSA) launched a security operation against ISIS cells and smugglers in the region of Lajat in the northeastern Daraa countryside.

A source in the SAA told SouthFront that over 200 suspects have been arrested by the SAA so far. The source added that the SAA discovered several hideouts of the terrorist group and seized loads of weapons.

Local observers believe that the remaining cells of ISIS in al-Lajat are smuggling weapons and food to the terrorist group fighters in the eastern al-Suwayda countryside and in the Damascus desert. This allowed ISIS to launch a hit and run attack on the Khalkhalah airbase a day earlier and a brutal attack on several villages in eastern al-Suwayda last week.

The SAA’s security operation will likely end within days, if not hours. The vast majority of ISIS elements in al-Lajat are not fighters, but rather smugglers and spies.

I think now Syria has entered the time to declare that, along with the Muslim Brotherhood, belonging to ISIS, AQ (and all its fronts and collaborators), is a death sentence.

Rout out the last vestiges of them all. Rid Syria of this foul infestation.

Including the US and NATO military bandits Val.

Yes! They are included.

Give those arrested a chance to become informants. If they refuse, hang them.

They always do that.

Standard MO as far as terrorists and criminals are concerned. And usually how dictatorships defeat opposition groups. How the Nazi’s defeated most resistance groups in occupied Europe. In the West police agencies try this method too, just without the hanging part. Which is often why they’re not having the same success rate. When the criminals know the police can’t do anything to them that is worse then what organized crime will do to them it pretty much takes the wind out of the sails of that tactic. 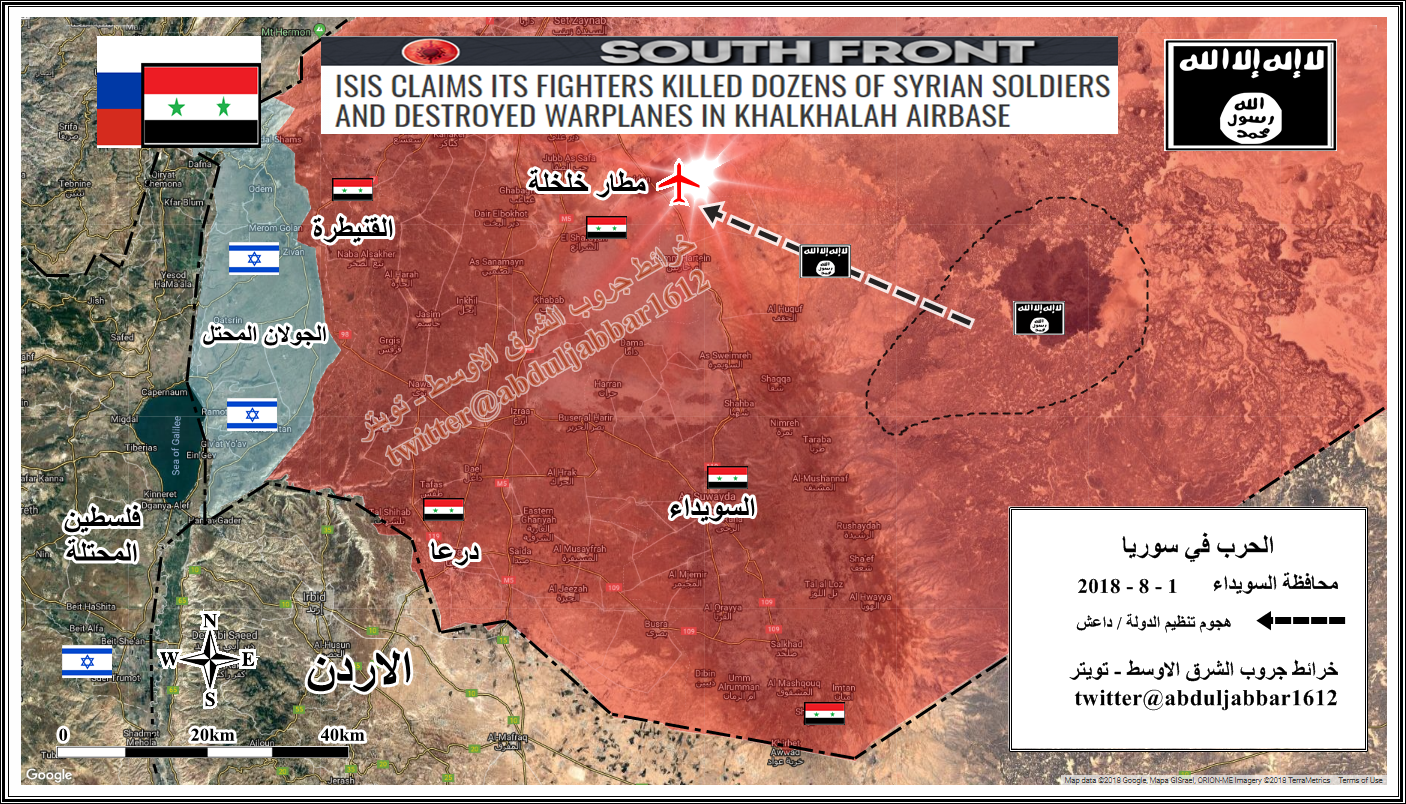