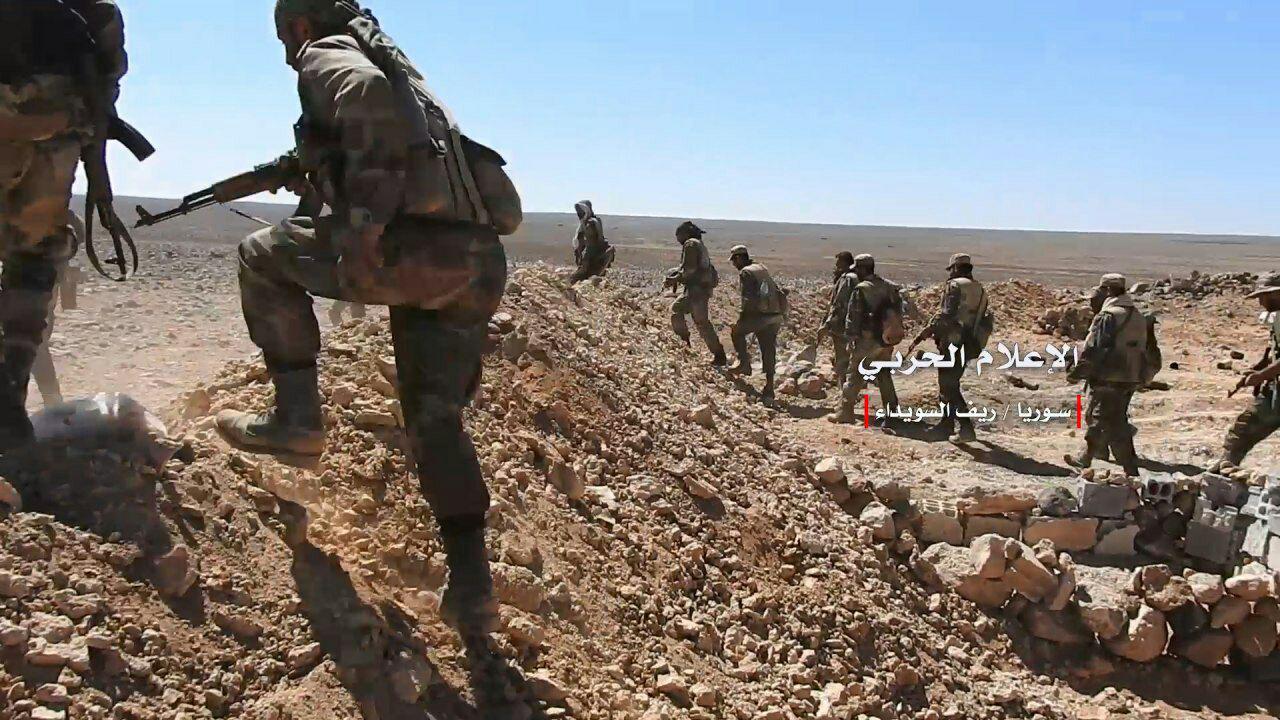 On July 27, the Syrian Arab Army (SAA) and local fighters repelled a new attack of ISIS on their positions in the village of Shbeiki in the eastern al-Suwayda countryside, according to Sham Hamdan, a reporter of the Syrian Arab News Agency (SANA).

The Syrian Observatory for Human Rights (SOHR) confirmed that the SAA manged to repel the attack and said that ISIS fighters shelled Shbeiki with mortars, in what appears to be a desperate attempt to penetrate the SAA defense lines.

Following the failed attack, warplanes of the Syrian Arab Air Force (SyAAF) conducted a series of airstrikes on hideouts and positions of the terrorist group east of the governorate of al-Suwayda.

More than 200 civilians, including women and children, were killed as a result of a large attack of ISIS on Shbeiki and several other villages in the eastern al-Suwayda countryside two days ago. Dozens of other civilians were reportedly kidnaped by the terrorist group during the attack.

Meanwhile, the SAA began deploying armored units in the eastern al-Suwayda countryside in preparation to launch a large-scale military operation to eliminate the remaining cells of ISIS in the Damascus desert. Thousands of local fighters are expected to participate in the upcoming operation. 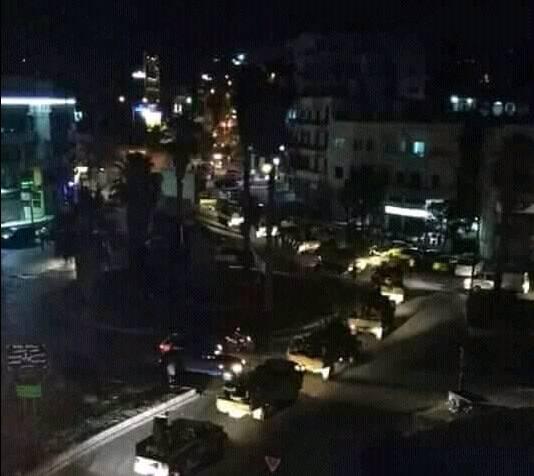 SAA and their allies should have to sweep the entire south Syria from ISIS, HTS and Israel. Two days ago what’s happen in Suwayda that should not happen again.

I would agree, but, I have a strange feeling – (just zoom out on the below, if it is too poor a scale.):

Power to the SAA! Victory to the Syrian people!

You’ve really got to hand it to these guys haven’t you. Despite losing almost everything, they STILL keep coming back and attacking!! Their resilience and determination is just staggering!

You are trying to write a runic poem about bandits that deserve to be hang.

Apart from being brainwashed religious fanatics (though not well versed in genuine Islam), they are also on drugs (captagon).

They didn’t lose everything, they’re still getting payed!

Only matched by the resilience of their enemies since they lost most of their territory?

Presumably Daesh kidnapped the civilians to use as hostages and human shields – the last defence of cowards.

I presume that the persecution will go till the At Tanf pocket, lets see.

They should at least place 24/7 cameras around there to monitor every movement in and out and have the cameras show each other in theor field of view.

They should have done it a long time ago, as I said before the Dara’a operation. At least they are doing it. They also need to eliminate the big desert pocket, it should be the top priority, before the Idlib operation. ISIS rats will infiltrate the weak SAA lines and kill a lot of civilians, as happened in Al-Suwaida. Hezbollah, 5th Legion and the Iranians should finish it as soon as possible.

A determined show of force to kill the murderers of this heinous attack is necessary. No prisoners or buses here

Exactly, burn them to ashes! Let them run away to Jordan and Israel, who conspired against Syria!

More innocent blood on the hands of the CIA and their globalist masters.

Could be the British?

Military is the correct spelling.