On June 29, the Syrian Arab Army (SAA) 4th Division, backed by the Russian Aerospace Forces, captured the hill of Zumaytiyah and the nearby air defense base west of the city of Daraa following heavy clashes with the Free Syrian Army (FSA), according to the Hezbollah media wing in Syria. 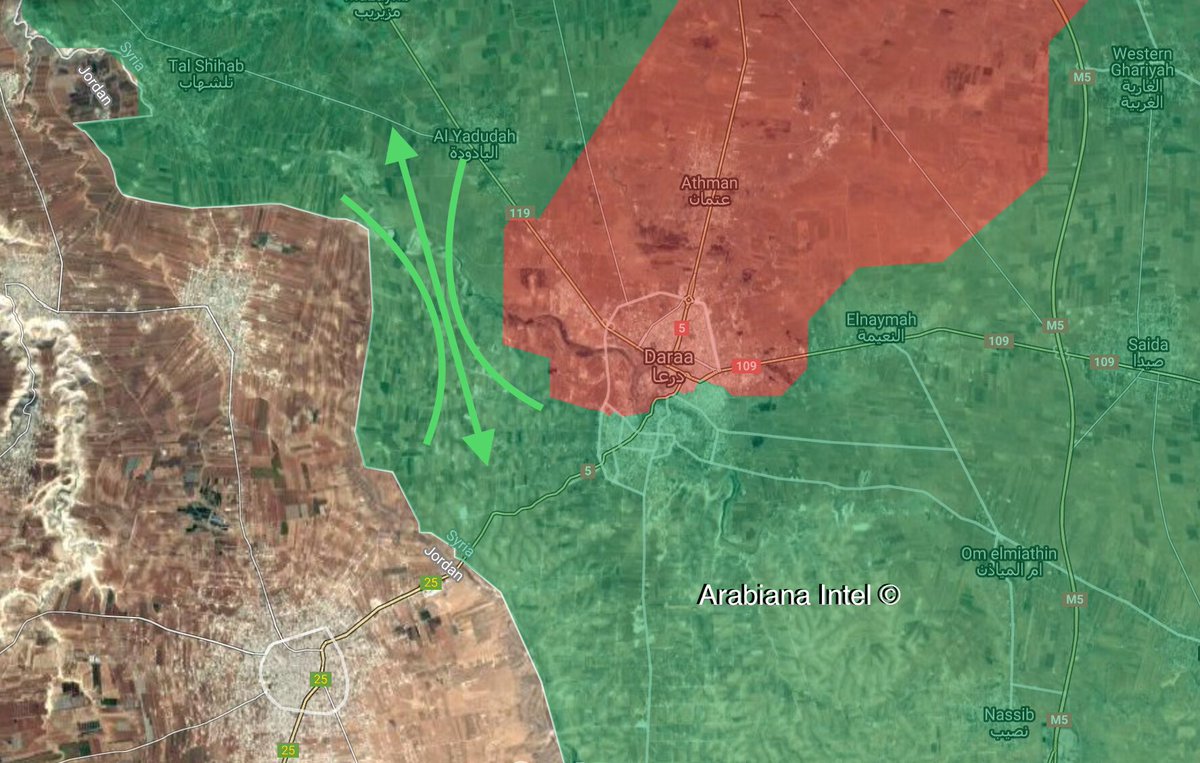 A source in the 4th Division told SouthFront that the FSA’s main supply route between the western and eastern countrysides of Daraa is now under the fire control of the SAA. The next target of the 4th Division is the village of al-Yadudah west of Daraa, according to the source.

Meanwhile, the SAA and the Tiger Forces resumed their advance in the eastern Daraa countryside and captured the towns of al-Karak, according to the Hezbollah media wing. Syrian opposition activists confirmed that FSA fighters withdrew from the town, which may sign a reconciliation agreement with the Damascus government. 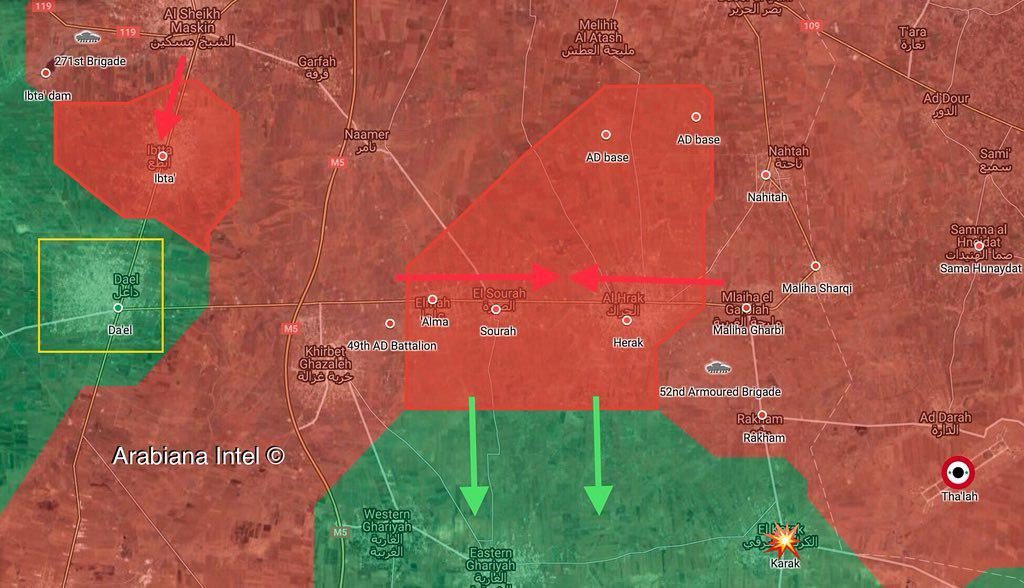 Hours earlier, the Syrian Arab News Agency (SANA) reported that the towns of Umm al-Mayadin, Nasib, al-Tayyibah and Sayda in the eastern Daraa countryside had accepted a similar reconciliation agreement.

The upcoming days will likely witness the full collapse of the reaming positions of the FSA in the eastern Daraa countryside as most people there have stressed their support for a peaceful agreement.

I was concerned S. Syria would be a difficult task so close to bordering Israel… SAA seem to be making quick work of the ‘moderate’ rebels.

You can thank russian diplomacy with israel now.

This is better than I expected also. Ibta and Da’il reconciled even before the SAA got there. Good day! :)

The SAA offensive will be in two halves – the more central area of occupied territory running down to Jordan needs to be dealt with first. The occupied territory abutting Jordan and Israel is the second part. The first SAA operation needs to happen rapidly and smoothly so that it is wrapped up before Putin meets Trump. For this reason the SAA have deployed their best and heaviest armed mechanized units – with RuAF flying support over previous southern ‘de-confliction’ zone for first time in a year.

Expected development of the event. This area has not seen combat operations for a long time because the local FSA commanders managed to pair the HTS and retain power in their hands. After all, the FSA is 99% locals.

they must whatever means available.. before iran being force to pullout after that leave 3 difficult task… contain Turkish and Idlib… East Euphrates and Al Tanf.

Nope. The country side is too big to defend. The towns are too far apart for defense and the rebels do not have the mobility to counter the mobile strike teams or avoid the air power supporting them. Its game over for the South in less than a week. Soon Daraa will be surrounded.

The biggest problem will be with Idlib – remember, all these jihadists from countless placed under their control are now there.

It will be a carpet bomb campaign..after warnings to the civilians to leave the area of course….land should burn to ashes with terrorists among it….

And what now? Turkish involvement is guarantee for peace.

Progress is slow despite both sides standing at near point blank range. Hmm…