The Syrian Arab Army (SAA) and its allies have liberated 5,000 km2 from ISIS terrorists in the province of Homs since the start of the government advance east of al-Qayratayn earlier this week.

On Thursday, the SAA declared a start of large-scale military operation, dubbed “Grand Down”. The goal of the operation is to liberate the whole eastern desert from militants.

This map shows the current military situation in southeastern Syria: 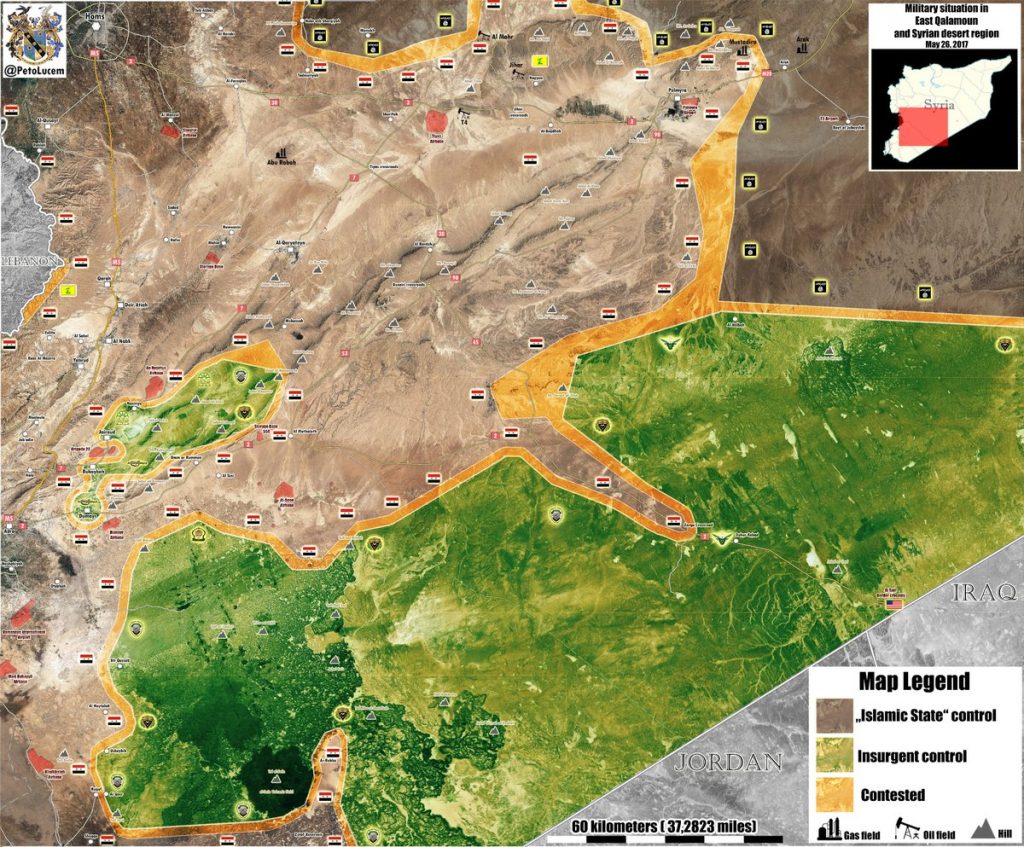 This map shows the area liberated by the Syrian military in the province: 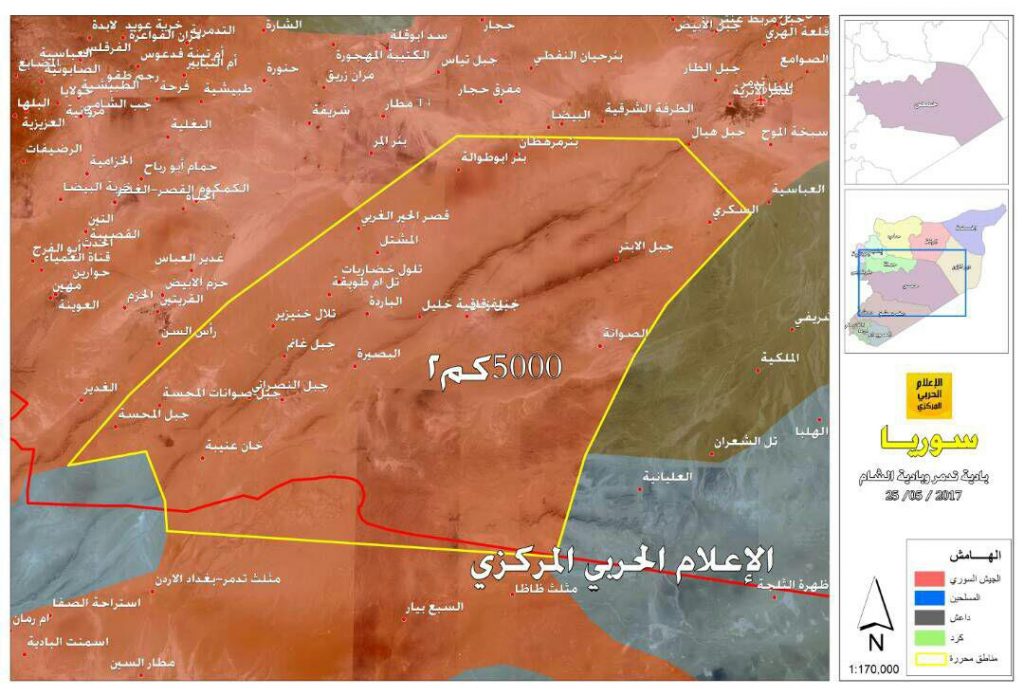 It is empty desert so the advance is not that impressive.

However, strategically these gains where they take control again over the borders out of the hand of IS and FSA islamists are important, so well done.

There were a lot of towns and villages and mountains that they couldnt take in 3 years and took them now and ISIS put up some resistance before retreating in a convoy. and the area south of talila wasnt even ISIS, it was jaysh usud sharqija and ahmad abdo.

All those groups sound the same to me anyway. Allahu al Snackbar.

Lets hope that offensive towards the Al Tanj border crossing gets restarted again. I get the impression that that Western airstrike did achieve its purpose, halting the advance in its tracks.

Actually they kept advancing, it was on here and on almasdar. Now russian jets are escorting them. And they captured many areas in sweida and east of the zaza cP. also today saa announced new massive offensive to take the whole desert, its on the front page news.

You say that as if only the opposition/rebels/terrorists are muslims (because they say Allahu Akbar). But you know who are muslims as well? ISF (Iraq security forces), SAA, Hezbollah, NDF, Hashd Shaabi, IRGC, all other syrian militias, YPG/YPJ, Peshmerga. So don’t tie terrorists to muslims, because the main people who are giving their lives to defeat terror are muslims.

yeah i saw that now XD not really fsa just a random islamist militia related to al qaeda. The real fsa long gone and its just a symbolic flag they like to use to mask their islamic agenda bs.

Does “Islamic Agenda” mean snouts in the US trough? “Islamic extremism” is an invented tradition.

Well, it’s not solely an empty desert. There are several mountains of more than 1km high. I guess ISIS couldn’t use them as cover anymore after the SAA attacked in large numbers.

Again, no point in arab maps or maps that cant be enlarged. The first one, even if you right click open in new page and enlarge it, you still can’t read anything. Too small. Heads up to the southfront staff.

The person who made the first map, @PetoLucem, has not created an HD version of the map yet. He first created the overview, then creates the detailed map. Find @PetoLucem on Twitter to see other mapmaking he has done.