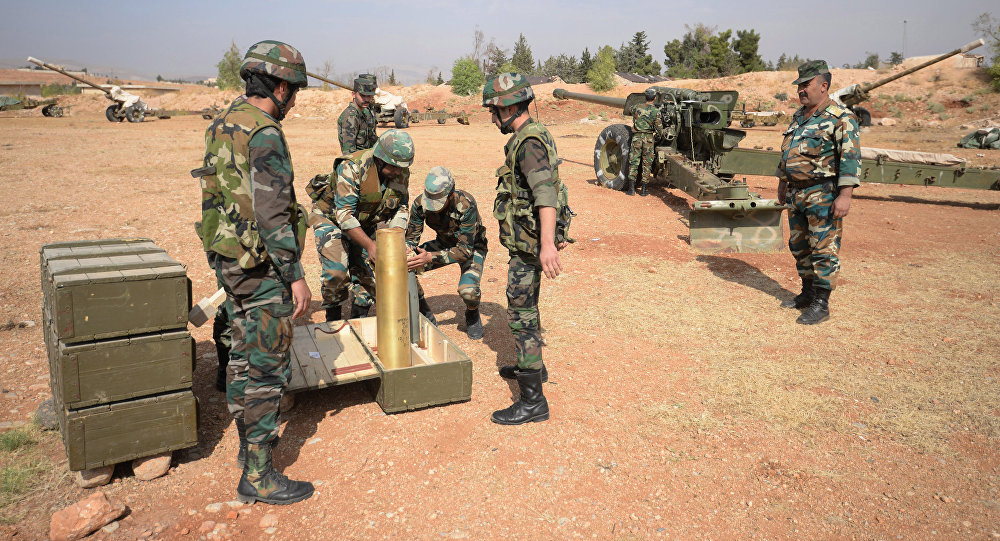 The Syrian military announced the formation of Fifth Attack Troop Corps of volunteers on November 22.

The formation will be comprised of several newly formed divisions and brigades that will be structured similar to the other 4 army corps in the Syrian Arab Army.

The army plans to recruit from across the country, but it was not immediately clear how many people would be involved.

One of the largest camps of the Fifth Attack Troop Corps is exppected to be located in the town of Qatana in Rif Damascus.

According to reports in pro-government sources, the new volunteer formation of the Syrian army will be trained, equipped and paid by “friends of Syria” (supposedly Iran and Russia).

The SAA could really use a more units like the Tiger Forces. The fact that these constantly have to be shifted from one threatened frontline to the other severely hampers the SAA’s offensive capabilities. They’re like the Wehrmacht’s Tiger tanks. Wherever they appeared they could sway the battle, but they were so few in number that in the grand scheme they hardly mattered as they could never be everywhere. Let alone in sufficient numbers. There are other fronts that desperately could use a Tiger Force. Like Latakia, Homs, Palmyra, Daraa. And if the Jihadists are finally being pressured at other fronts they couldn’t assemble another large force to relaunch yet another major offensive against Aleppo again.

Tiger forces are competent because competent people are assigned there and competent soldiers are replacing the losses.

You can’t just create an elite unit out of thin air. There isn’t just a manpower shortage, there is also a shortage of people willing to be posted constantly on the front lines. Most just want to man checkpoints away from the fighting, if you force such people to join an elite unit, then the unit will be less competent.