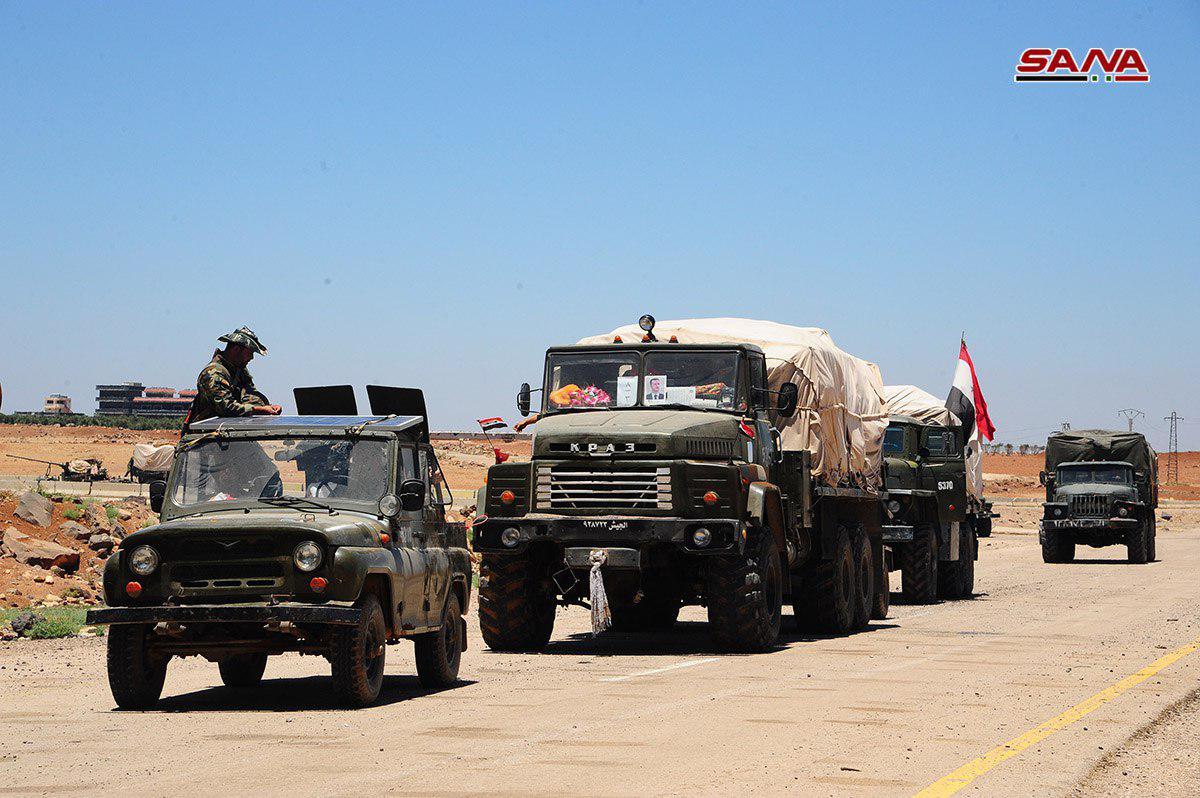 On July 21, the Syrian Arab Army (SAA) entered the villages of Rasm Qutish, Rasm al-Zawiyah, Ayn Ziwan, Ayn al-Abd, Kwdanah and al-Asbah and the hills of Ahmar Gharbi and Ahmar Sharqi in the southern governorate of al-Quneitra, according to the Syrian Arab News Agency (SANA).

A day earlier, the SAA imposed its control of 28 villages and towns in al-Quneitra following an agreement with the remaining fighters of Hay’at Tahrir al-Sham (HTS) there. The agreement allows the radical fighters to withdraw towards the opposition-held areas in the northern governorate of Idlib.

In the first day of the evacuation process, hundreds of fighters and their families withdrew towards Idlib. Currently, a new batch of buses is entering the HTS-held areas in al-Quneitra to evacuate the remaining fighters.

The evacuation process is expected to end within 48 hours. Following that, more than 80% of the separation line with Israel will be under the control of the Damascus government for the first time since 2012.

Putin’s “friendly” relations with Bibi seem to be paying dividends. FSA is moving to Idlib reservation without much fuss from across 1974 armistice line and SAA, for all intents and purposes eliminated the Southern front. Only question remaining is whether this site will change it’s name – to Idlib front maybe ?

Let’s ask the ISIS sleper cells in Idlib what they think is a good name for the new FSA migrants. I am certain ISIS is more than prepared to welcome them with fresh fruit and flowers.

LOL – The Southern Front militant alliance is effectively finished, yet a description of them still appears on the Google search engine page, whenever type in words South Front, as a large information box to left. Notably, whenever type in virtually any other media web-site, small or large, this Google information box gives a brief description of the actual media site searched for. This is not some odd aberration or quirk – in 2018 the Google algorithms are not so clumsy as to confuse the two terms – it is a Google policy decision to have Southern Front information box appear alongside whenever type in South Front. Google – the uniquely anti South Front Org and pro-Syrian based terrorist web search engine.