On January 21, the Defense Ministry of the Turkish-backed Syrian Interim Government announced in an official statement that the National Syrian Army (NSA) launched a military operation against Kurdish militias in the areas of Afrin and Manbij in the province of Aleppo.

The interim government claimed that the NSA backed up by the Turkish Army had begun advancing on the city of Manbij held by the US-backed Syrian Democratic Forces (SDF). However, several Kurdish and Turkish sources denied that the NSA or the Turkish Army conducted any offensive operations against the SDF or any other Kurdish militias in Manbij. Furthermore, Syrian activists doubted that the Turkish Army could attack Manbij as several units of the US Army are currently deployed around it along with the SDF.

The statement is likely a threat to Kurdish forces in Manbij. The Turkish-backed Free Syrian Army (FSA) groups had released several statements like this one before. On December 24, 2017 the FSA claimed in a statement that it formed an operation room to capture Manbij from the SDF.

Turkey’s President Recep Tayyip Erdoğan threatened to attack Manbij after Afrin during a public speech in the central Anatolian province on January 20.

Several Turkish-backed FSA groups agreed to join the NSA under command of the Syrian Interim Government on October 25, 2017. Back than some observers expected that Turkey is planning to use the new Syrian force to attack Kurdish militias in northern Syria.

Can’t trust a word from either side, I just hope when the dust has settled they both suffer enough losses that the government has the balance of force to reunify without further bloodshed.

Turkey claiming its proxy forces are now the Interim Syrian Government is a little rich or does it reflect their true intention to take over Syria itself. No matter what they call themselves they are still uninvited illegal invaders and have no right be in Syria. It’s getting to the time when every group in Syria that wants to take control get together in a circle and on the count of 3 start shooting everyone they don’t want too be in charge. Whoever is left standing at the end gets their own bomb to sit on.

Wow so many govt…. Let them fight among themselves first

There is only one and they are the Syrian government in Damascus, whatever Turkey says won’t last as these are the end days for it. There will be an overthrow of the government and new leadership people are fed up with Turdogan. Seems also in Northern Syria that things will continue to boil and then once it is released good chance the US will leave.

Ho hum – I posted predictive text 7 months ago as follows :

Exactly 100 years ago the Sultans Caliphate
occupied all Arabia including Medina, Al-Quds, Amman, Beyrouth and Damascus.
Ottoman Turkey was driven out by force, not negotiation. In recent times Turkey
have invaded and occupied northern Cyprus (1974 !) still there with 25-30 000
troops, northern Halab (Aleppo) and north of Mosul . Let us be clear sighted
and face reality : Turkey will never, ever, withdraw from northern Syria. The
foreign aggressors alliance of US/GB/FR/Saudi/Qatar/TU and Israel remains
united and have never deviated from their long-term plan of permanent war on
Syria and the breaking up/cantonization of the state into various
protectorates, as is now happening. To imagine that any country would seriously
militarily confront Turkey in defense of Syrian (or Iraqi) territorial
integrity is fantasy – the Turks follow the proven Israeli strategy – create
facts on the ground (invade & occupy e.g. Golan) then dare anyone to
react,(no-one does) so working very well so far. The only puzzle so far is why
the Turks have not crossed the Sajur riverline just 11 km north of Manbij,maybe
they are content to keep shelling with impunity and leave it to the US to
establish their own seperatist Kurdish statelet.

“Until they cut you to pieces and send your parts to Israel.”

Liar!
Last time you said you’ve bought a Land Rover Range Rover.
Did it shrunk when saw you?

Darn it, I couldn’t resist replying to this annoying creature, now that I hit, I run (block the bloke). :|

I totally agree with your assessment of Turkish aims and aspirations and about their (un)willingness to return kept Syrian lands to Syrian control, in whatever form.

Turks here follow their own example of 1938, threatening a (then french) government, loosen the grip of that government and then have a fake plebiscite asking for “joining the motherland”.

As far as Manbij is concerned, TSK was not deployed for a real fight at the time and combined with US threats (strongly worded concerns) they stopped st the Saur river.

Turkey is doing the USA favour! their is no way the USA wants to be in this war anymore! ISIS is actually attacking the SDF now in DeZ and their ATO ally whom they cant blame or attack is now attacking the SDF! This war is a total shambles! I also believe turkey will annex the Kurdish regions of syria (the pre-war Kurdish regions) so that both Syria and Turkey have no more issues with Kurds!
Russia cant be blamed in any way because after turkey downed the Russian jet in 2015, russia started arming the Kurds in Afrin for about 6 months! they have been training the Kurds in Afrin also! Russia fully armed and supported and invested in the Iraqi Kurds and 100% backed their independence (obviously would have benefitted Russia) but not to mention the century long connection between Kurds and russia has made a very deep friendship!
Yet here we are! the Kurds chose to side with Israel and USA and things got messed up! They will most likely get on their knees and beg russia for help as only they can help them! The USA cant and wont do anything against Turkey! Only russia can so to maintain its leverage on turkey!
Russia is ur only hope now DutchNational! Its about time u switched sides!

No surprises here – one year ago, almost to the day :

” The Afrin Kurds are finished, bottled up in
their canton, no prospect of joining a Kurdish so called “Rojava Republic
or North Syria Federation” whatever. The Manbij Kurds are already under
air/artillery attack from Turkish forces lined up along the SAJUR river line
and primed to advance, Turkey will never, ever accede to any sort of
Kurdish.YPG polity west of Euphrates and is prepared to occupy northern Syria
forever to prevent it (see northern Cyprus, occupied since 1974 !) If you look
at the ethnic demographics Kurds have no justification for creating any
“statelet” in northern Syria, they already have their Kurdish
autonomy in Iraq. As for setting up a Kurdistan “buffer zone ” how
long would that last before Turkey re-invades as part of its strategic aim of
genocide ? Syria will be better off without the Kurds, OK temporary allies in
the bigger war but long-term don’t trust them. ”

And now 2018 nothing has changed. Why anyone would imagine that US, Russia, or even Syria would defend the Kurds against Turkey ? NATO AB Incirlik says it all. Kurds have stupidly hitched their wagon to a falling star. Just imagine if they had the sense to support the Syrian Arab Republic, with technical help from Hizbullah Afrin could have been a rerun of Lebanon 2006, a graveyard for Turkish armor.

I think that to some extent you have missed the point of the Northern Syrian project altogether.

Up to this point SDF/YPG has done a credible job in defending Afrin, even to the point of repelling most of the attacks and counterattacking in and around Shingal (a Yezidi village?)

Adding up the different fights, there are already some 5 turkish tanks destroyed, which is not bad for one (as in 1) day of ground fighting.

The fight has just started and mind you the Kurds had been well armed by US for such attacks.

Time will tell if Turkey is goung to use full force or just mainly use the FSA.

I would agree to this. Time will indeed tell.

“the Kurds had been well armed by US for such attacks”

There is no evidence that I have seen that the US has directly supplied arms to the Afrin Kurds. It is of course possible that the SDF has transferred arms from their stocks further east into Afrin. To do so though would require either Syrian government permission or some sort of smuggling.

If your claim that the Kurds are “well armed by US” is true then in the next weeks we should surely see Javelins in use. Rifles, machine guns, mortars and armoured trucks, the staples of SDF arms, don’t constitute “well armed” if you are up against tanks, artillery, and combat aircraft.

your fall has begun

I am grounded so my fall, if any, will not be a problem.

Erdogan’s fall, however, will crash Turkey.

I don’t know what the truth of this alleged defection is. It is worth pointing out though that it has been denied:

Ehmed said; ‘The news reports targeting Jaysh al-Thuwar have nothing to do with truth, they are completely fabricated.’ ”

This is what DN shills for every day: 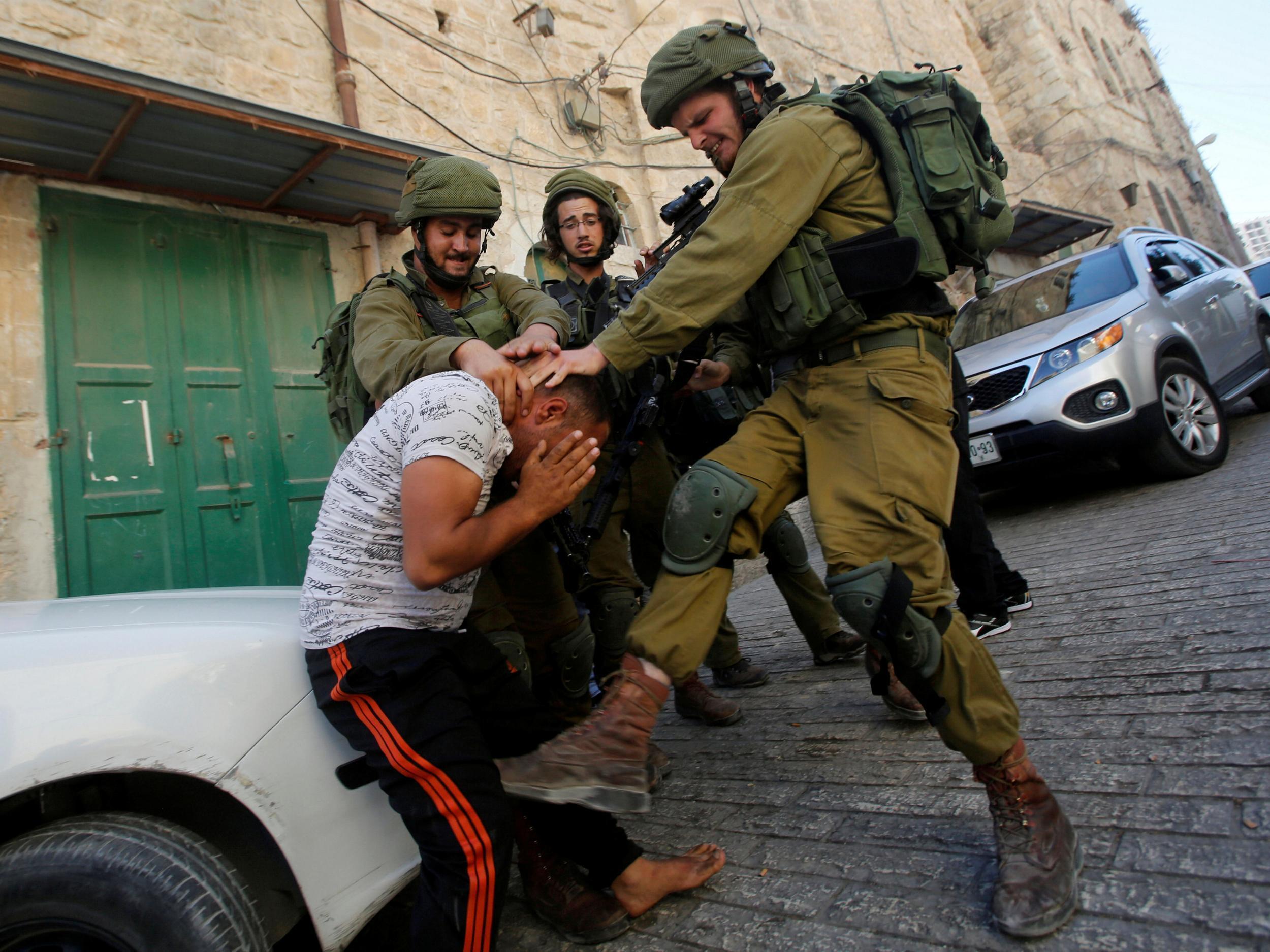 No , it was The Front of Judean People , or was that last week.. Monty Python never fades.

The Syrian government coalition is capable of taking the gloves off and dealing with regional militarys on Syrian soil if necessary. I’m sure that the Jew baby rapers are planning to carve a nice big piece out of eastern Turkey and add it to Israelistan in Syria, Iraq and Iran if they can get away with it. And turn western Turkish cities into smoldering ruins filled with death, destruction and deprivation. So the Turks have some legitimate security concerns on their southern border.

If they want to work with the Syrian government coalition on getting the Israelistani Kurd problem corrected, that’s fine. If they’re into it for a land grab and to keep the conflict going, that can be dealt with on an as needed basis. It isn’t like the Syrian government coalition doesn’t have a lot of experience with the Jew world order regime change forces changing names and uniforms.

Turkey could easily overrun the U.S. bases, fact is, the U.S. will not attack another N.A.T.O. member and risk collapsing the alliance.

There is no such thing as Syrian interim government. They are terrorists.

interim government!!! rofl. i guess that makes them feel better.

This report seems to be contradictory with Assad declarations, it looks strange.

Turkey is trying to buy legitimacy for their attack and army presence on Syrian soil by “cooperating” with some kind of “Syrian government”, even an illegitimate one which doesn’t exist.

I think annexation and land theft cannot be Turkey’s intention. They don’t want to be seen as some
kind of Israel, occupying a Muslim country’s lands. Turkey’s attack on Afrin is used for internal consumption and to buy popularity for president Erdogan.
If they were serious and wanted to confront PKK, they would face SDF in NE Syria which has more numbers and arms and possesses more danger for Turkey than Afrin Kurds.

Turks (by that I mean their leaders and officials) are desperate to prevent break up of their country which is very serious and a present danger, any weapons in the hands of SDF Kurds will inevitably find itself in the hands of PKK. Most of SDF fighters (except the ones from ISIS of course :D ) are Turkey’s PKK. Turk cannot confront the US and it’s proxies directly and they know it. Not only because of the military power of the US, but also Turkey’s one fatal arms flaw.
Turkey’s F-16s could not even target (I mean aim at) Israeli war planes (they’re recognized as friend), I heard they were working on the system to “fix” this. How much their NATO issued weapons are good against the US?