On July 29, Lt. Sharif al-Nazzal of the Syrian Military Intelligence Directorate (MID) was assassinated in the town of Sahem al-Golan in the western Daraa countryside.

The lieutenant was with another intelligence officer known as “Abu Haider”, when they were attacked by unidentified gunmen. Both officers were shot dead on the spot. 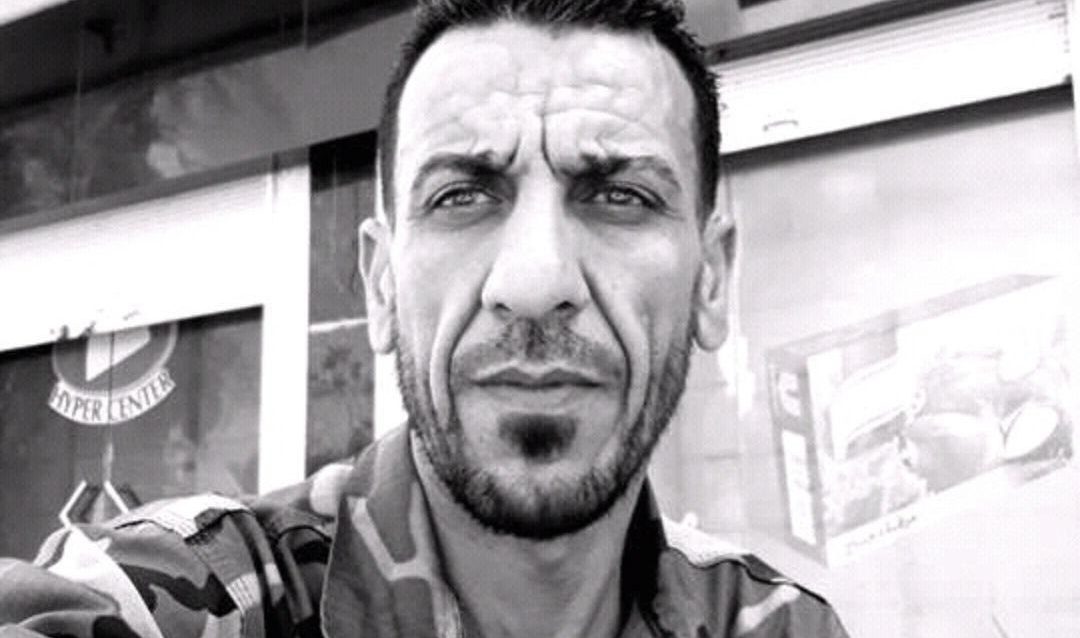 Opposition sources revealed that al-Nazzal, a native of Sahem al-Golan, was close to Lebanon’s Hezbollah and Iranian forces. The officer headed a detachment of the MID in the western Daraa countryside.

The sources claim that al-Nazzal has recently brought in around thirty fighters of Hezbollah to Sahem al-Golan. The step reportedly provoked the locals.

No group has claimed responsibility for the assassination of al-Nazzal, thus far. ISIS could be behind the attack, as well as Israeli intelligence. Israel resists any Iranian activity in Syria’s southern region.

Over the past few months, a series of attacks targeted service members and local fighters in Daraa. Government and local forces are yet to take serious measures to end the state of lawlessness in the governorate.

This has the evil hands of Israel all over it! Strange its only the intelligence guys that are being targeted. ISIS would kill anything man, woman, child, or lame dog. They just want a body count if they’re doing the killing the info is coming from the Cancer of the middle east

Wahhabis all over the World works for Zionists interests, it is obviously clear. If someone didn’t learned and understood that then he is either troll or as stupid as it gets.

You’re correct. The Headcutters are Zionist

It’s a new phase of the aggression towards Assad government. The zionists basically lost in Syria, so now they employ hit-and-run assassination tactics towards SAA personnel, intelligence officers high on the list. I reckon in this area these officers should be protected by a hidden sniper whenever possible.

This is ISIS/al-Qaeda giving Ziojew and US filth a cover for their black ops in Syria. One more reason for Iran to increase its support for Syria in the nation’s fight against foreign invader Ziowahhabi scum.

The Jew parasites are chickenshit scared of Hezbollah and Americunts are as cowardly. Iran’s NOOR 1 military satellite is mapping every Zionist and Americunt base in real time.

Where Is your proof? You just say it is a cover up because you are against Israel, so really you are making subjective claims not objective, and this is harmful. But if Iran ever did this you would say “oh finally yes yes” yes I get it, its a trend now to be against Israel, but still make sense.

Fuck off. The Tel Aviv regime has admitted that they “prefer ISIS” and that they’ve given weapons and support to terrorists in Syria, it’s your damn problem that you’re too stupid to realise this or ignore it because it’s convenient for your ilk.

I have never understood why the Arabs/Palestinians have not targeted high ranking Israeli military for liqidation,they need the same brand of payback.

They can’t, they can hardly enter Israel before they get wiped out like the Hezbos 2 days ago.

The Armenian Minister of Foreign Affairs, Zohrab Mnatsakanyan, called on Israel to cease arms supplies to Azerbaijan, in light of the military escalation on the border between Armenia and Azerbaijan.

The Armenian minister said in a statement to the Jerusalem Post, which was published on the Armenian Foreign Ministry website on Wednesday, that selling arms to Baku represented a “deadly danger”, accusing Azerbaijan of targeting civilians and civil infrastructure.

“We will constantly raise this issue, and it will be an integral part of our agenda, both bilaterally and internationally. Israel must stop this deadly trade with Azerbaijan,” the minister added.

Armenia which is a close ally of Syria and has troops station there also maintains close relations with resistance groups in the region and alluded to increased support for Hezbollah if Israel continues supplying weapons and advisors to its arch-enemy Azerbaijan.

Armenia can’t do jack shit to the IDF, except for barking. One small incident and we will take over their Armenian quarter in Jerusalem and annex it to the Jewish side.

That basically means that they in Azerbaijan are Wahhabis, CIA guys.

They are, you just don’t read about it.

Most people criticize the US government because it’s so beholden to the Zionist Israelis, they say the Israelis control and direct the US government institutions for their own benefit, and usually to the detriment of the American people, and I agree they do, so why don’t those very same people say the same thing about Iran and Syria. What’s the difference, Iran controls domestic Syrian Intelligence much more directly than the US controls Afghanistan or Iraqi intelligence, so why is the US bad for doing it and Iran isn’t, it seems to me they’re both bad when they do it, especially when more than half the local population are telling them to stop doing it, then it actually becomes foreign subversion. Russia created the 4th and 5th army corps with no Iranian affiliation whatsoever, no financial support, no training, no equipment, and most importantly, absolutely no political affiliation with Iran, they were Russia’s babies all the way. So why would they do that, do they agree with me do they, do they also think the Iranians have way too much say in Syria’s domestic Intelligence matters, no they don’t actually agree with me, the truth is I actually agree with Russia, the Iranians do have way too much say in Syria’s internal domestic affairs, and creating the 4th and 5th army corps was the best thing Russia could do to stop it. Sadly the Iranians tried to force elements from the 5th army corps that were native to the Daraa area, to go in and put down anti Iranian protests, which would’ve meant the Russian backed soldiers would have to forcefully confront their own family members, relatives and friends, they didn’t of course, they said F–k you and instead defected to the other side. :[ The same rules should apply to everyone but they don’t, and that’s because most people don’t mind if the rules are unfair, just so long as the unfair rules don’t apply to them, but if you allow unfair rules for some people, one day those unfair rules that you willfully tolerated for others, will be the same unfair rules you may have to face too, one day.

I guess you’re too stupid to realize that all that was done after the Syrian war was started at the behest of the Syrian government. Whats the reason why Israhell controls ZioAmerica ?

I guess you’re too stupid to realize that at Assad’s behest Rami Maalouf is currently being stripped of all his wealth, and at Assad’s behest the telecommunications deal Rami setup with Iran is now dead and buried forever, and yet it was at Assad’s behest Iran was invited in. Not everything Iran does is good for Syria, do some research and find out why Assad terminated the telecom deal between Rami and the IRGC, and find out what the Russians thought about the deal too, then you might not be so convinced that everything Iran does is good for Syria.

For the same reason Iran controls Syria now, obviously, the names and the job titles might be different but the work’s still the same, they both shovel shit on the people who can’t complain about it, and that means Iran, the US and everyone else that can, and slaves like you let them, you actually cheer them on.

I know who is that punk I know very well his intentions and what he thinks. I used to know one talking this kind of crap. Deluded goy who is from India, a Muslim, who thinks for him self that punk is a Turk in fact! As all we can see now, smokescreens are pretty much gone what is all about in Libya, Syria, and Yemen Zio wahhabis are behind all of that and self proclaimed king of all Turkish people, Erdogan the Wahhabi.