At the late hours of January 12, a unit of the Syrian Military Intelligence carried out a security operation in the town of Ayn Firkha in the countryside of the southern governorate of al-Quneitra.

Two suspects, Khalid Diab and Ali Diab, were arrested during the operation. Some Syrian opposition activists claimed that Syrian agents killed a civilian also. However, the pro-opposition Orient TV said that the agents shoot and injured a third suspect.

Such operations are usually carried out against members of terrorist groups, like ISIS and Hay’at Tahrir al-Sham (HTS), or against local operatives of the Israeli intelligence. Prior to its liberation earlier this year, Ayn Firkha and many other towns in southern Syria were full of radicals and Israeli spies, according to pro-government sources.

Last month, the Syrian intelligence made a significant achievement when it managed to hunt down prominent al-Qaeda commander Ayad al-Tubasi while he was plotting to launch an insurgency in southern Syria. The infamous terrorist was a brother-in-law of slain al-Qaeda leader Abu Musab al-Zarqawi.

The Syrian intelligence efforts achieved an acceptable level of security in southern Syria. However, local observers argue that more should be done, especially when it comes to cooperation with the locals.

Intelligence they say.
I think Almost will apreciate this Music that I am Listening to right now
its called
“I want to Gass You”

Not the fictional James bond, but the artist by the stage name Mr Bond.
https://www.youtube.com/watch?v=DsEg7k7EMf0

Along with the normal insurgents Assad has to start focusing on those Israeli agents and the Syrian double agents that work for them. The intelligence that prompted that Israeli airstrike lately may not have come from operatives on the ground, but those operatives still relay info on where things are stationed, things the satellites can’t see. It’s time to start hunting down some of these guys, they’re the most dangerous traitors left in the country now, they have to be dealt with before they can start doing any damage, and I think due to the US pullout, now’s the time they’ll be starting to try again, Assad should get in first before they do, start hunting them down now while everyone’s still confused and unsure of what’s happening. Start lining them up against a wall or build a few gallows, there’s plenty left in Syria so it’s time to get started, don’t put off until tomorrow what you should be doing today, you’ll just have more to do tomorrow. But I think he probably already is without anyone’s prompting, perhaps these two guys are actually spies working for the Israeli government, and among the first Israeli spies to be caught in the new year, hopefully.

Something is going to start, https://www.almasdarnews.com/article/syrian-defense-minister-visits-front-lines-in-hama/

The Kikers are stepping it up and the Yanks are sending landing craft to Syria- I am with you. An assassination attempt maybe !!!!.

Now we shall see, how the game plays out.

Landing craft? What do you mean? Seaborne?

Sorry – I was close, I meant this – https://southfront.org/us-amphibious-ready-group-led-by-uss-kearsarge-deploys-near-syria-wsj/

No proplem at all. ? 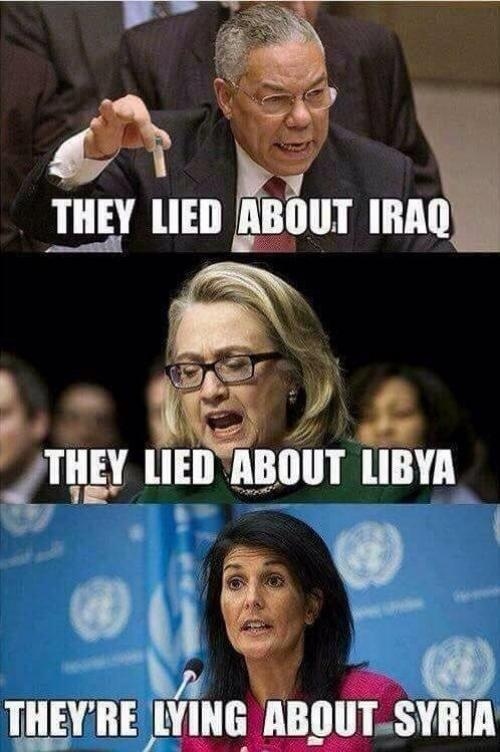