The reports from Turkey on hospitals being hit were fakes. 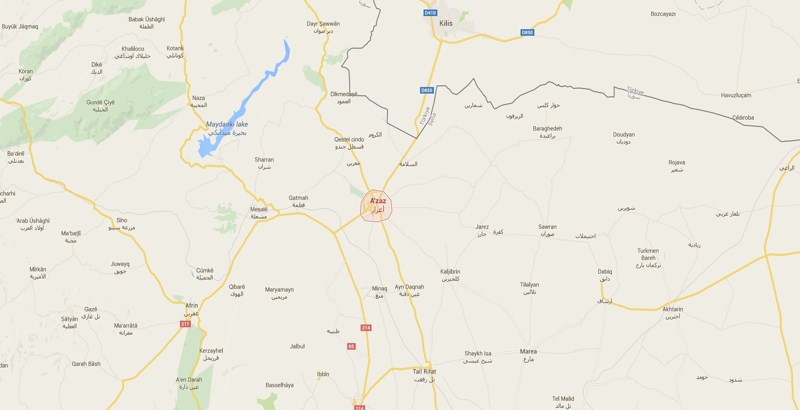 From Monday, several international media outlets have been conveying news that airstrikes in Idlib province and Azaz of Aleppo governorate hit over hospitals and civilian structures. In their reports, the number of killed by those airstrikes are widely varied.

The Reuters reported that more than 50 people were killed in those bombings. On the other hand the AP and other US based agencies reported about 22 deaths regarding the alleged bombing in strategically important Azaz.

On Monday, Turkish Prime Minister Ahmet Davutoglu claimed at a press conference that the hospital had been struck by a ballistic missile launched by a Russian warship deployed in the Caspian Sea.

However, on Tuesday, the Russian Ministry of Defense said in a statement that Russia has no ships in the Caspian Sea fleet that could have hit the Syrian hospital in Idlib province with a ballistic missile.

“The Caspian Sea fleet has no ships capable of launches of ballistic missiles,” the Ministry of Defense spokesman Igor Konashenkov told reporters

The Russia’s Caspian Sea fleet is aimed on the regional security purpose and doesn’t have missiles to destroy targets located in the area of Azaz. All previous targets which have been hit by the fleet are located much closer to the Caspian region.

Igor Konashenkov said that the Russian Air Force carries out strikes only after repeated checks of the received data of targets with the partners to avoid hitting civilians. He also claimed that the reports from Turkey on hospitals being hit were fakes.

“The messages about the allegedly destroyed hospitals and schools, in Azaz from February 10 and in Idlib from February 15, have the same master data: Gaziantep, Turkey,” Konashenkov said.

He told the reporters that Ankara launched an “aggressive information campaign” against Russia to prevent losing control in northern and northwestern Syria, where the Turkish authorities have been “absolute rulers” in the past years.

Konashenkov also said that initial reports suggested one hospital in Idlib was hit but by the evening reports claimed five medical facilities and several schools had been hit not only in Idlib, but also in Azaz, Aleppo province.

Konashenkov also added that Ankara has been conducting heavy artillery strikes, targeting the Syrian Army and moderate opposition forces close to the border.

However, Azaz is strategically very important place in Syrian war. Since it is a Turkish influenced area close to Turkish border, Turkey vows to control it.

On Monday, Turkish Prime Minister Ahmet Davutoglu said that Turkey will not allow the Syrian town of Azaz just across from the Turkish border to fall under the control of Syrian Kurdish fighters.

Some experts suggested that Turkey backed by the western media launched this aggressive campaign against the winning forces of the Syrian war to create a pressure for establishing a ‘No Fly Zone’ in order to continue support for terrorists against Assad Government.

This jives with everything we’ve seen. And Merkel chimed right in and suggested a no-fly zone in the north. Of course she would feel compelled too right? Silly woman. How transparent this all is. Good reporting guys.