Syrian army troops, backed up by warplanes and artillery units, have entered the villages of Ayn Al Fijah and Baseema and seized notable parts of them. Firefights were also reported near Dayr Miqrin and Kafr Az Zayat.

At the same time conflicting reports are circulating that militants in Ayn Al Fijah and Baseema had decided to accept a ceasefire agreement with the Syrian government and about 400 of them already surrendered to the government. However, they have to be confirmed yet.

In turn, photo and video evidence show that the fighting is ongoing.

Day , 19 of no water for Damascus. hopefully tomorrow .

So the locals cannot get rid of the Al Nusra dogs? So their lives and their properties are in danger, I don’t think it is worth it, the SAA will eventually take control no matter what.

Lucky its winter there, amazing that such a strategic site was left to the terrorists for so long.
An example should be made here and no surrender allowed – a total extermination despite increased losses, two options surrender/ go to idlib or be eliminated and your body burnt so you dont go to paradise, carrot and stick is a fantastic tactic but you need to use your stick and be seen using it and this Wadi would be the perfect place to make an example. 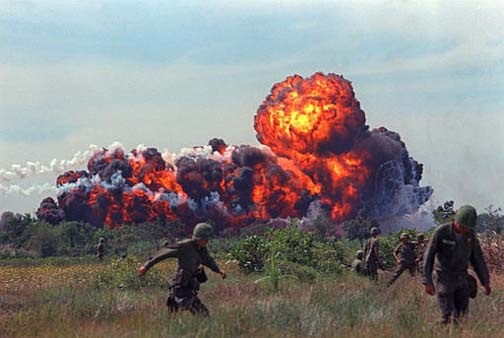 Area was left alone because rebels had left the water supply on, and SAA priority was to clear other pockets closer to Damascus. Relocation to Idlib/reconciliation is a great strategy, and should not change. Making an example of this area would be very counterproductive for SAA clearing future areas. Many local rebels would like to lay down arms, but are held in check by Al Nusra jihadist controlling the area. Agreements allow foreign terrorist to be sent to Idlib province, which is more rural and much easier to target with airstrikes and arty.

What I mean is the Nusra rejected the relocation at last minute – fair enough now kill them – dont allow renegotiation.
The example set being take a deal and leave or die.

They rejected it now they get to die, civilians in the area have largely seperated themselves to the other towns – perfect chance.

You make a good point. Water supply should be restored within a few days. Barada pocket will be cleared one way or the other. But I like your idea of no green buses will show up for transport!