According to some sources, the Tiger Forces already took control over the field. However, these reports sill have to be confirmed.

If the Habbari oil field fells into the hands of the Syrian army, it will mean that ISIS terrorists had likely retreated from the whole area east of Khanasir. This area has no strategic vaule for the terrorist group after the recent advances by government forces in the province of Raqqah. 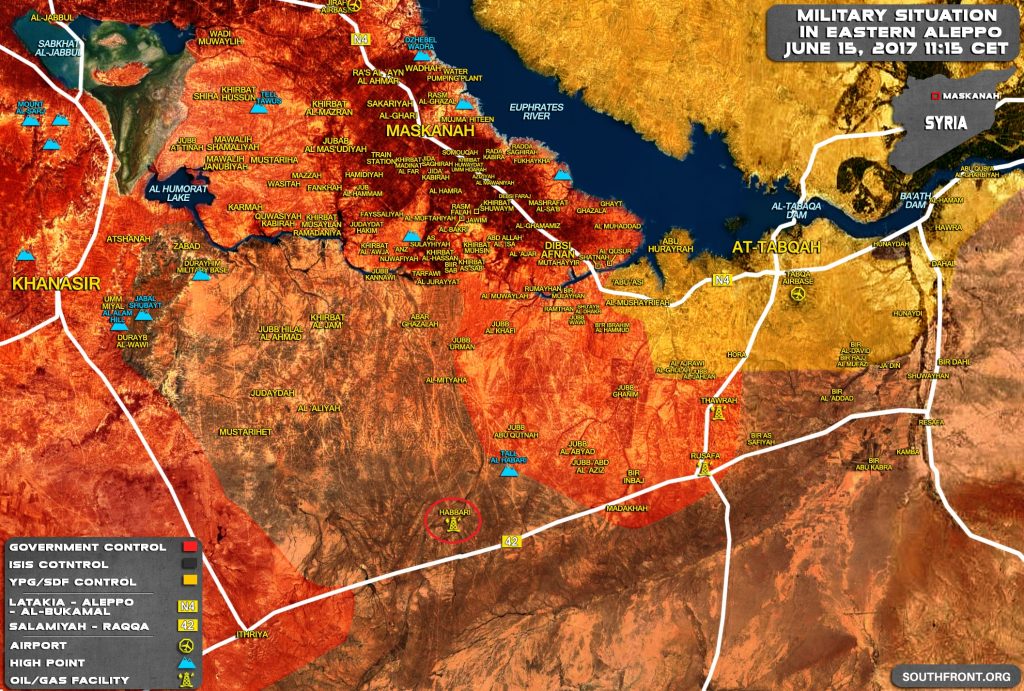