The Syrian Arab Army, Hezbollah and the National Defense Forces have launches offensive in the Aleppo Governatore. The commander of the Iranian Revolutionary Guard’s elite “Quds Brigades”, Major General Qassim Suleimani, oversees it.

According to the repots the pro-Assad forces captured 4 check points of the terrorists: Jabhat Al-Shamiyah (Levantine Front), Harakat Ahrar Al-Sham and the Free Syrian Army (FSA).

The Syrian fofces took control of the villages of ‘Abtayn, Al-Wadayhi, and Qala’at Al-Najam. This rapid progress by the pro-government forces caught the terrorists off-guard and they moved to the southwest of the sector.

Separately, the Russian warplanes carried out at least 6 air raids on the terrorists’ positions to support the pro-government forces’ actions.

The main objective of the offensive is to recapture the Azzan Mountains. It will allow to expand the buffer-zone around the Syrian Government’s only highway leading to the provincial capital. 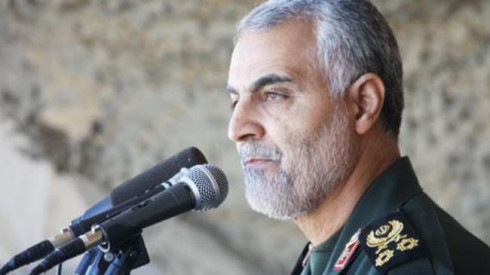 According to unconfirmed reports, the commander of the Iranian Revolutionary Guard’s elite “Quds Brigades”, Major General Qassim Suleimani, observes and likely controls the first phase of the large-scale offensive. A large convoy of armored vehicles and Iraqi Shi’i militiamen secort him. The reports argue that six senior military officers from the Iranian Revolutionary Guard are also there.

If you want to know more about the Iranian involvement in the Syrian war, watch:

The imperialism of the US government, World Bank, IMF, USAID- the “Corporatocracy”– must stop! We need to have leaders who will have the courage and integrity to honor ALL people and ALL life and transition off of fossil fuels, decentralized systems, support small, organic farming, re-localization, wildlife habitat and begin the “Great Healing”…Time is running out before the biosphere collapses. We are living on borrowed time, my friends.