During its military operation in the southern governorate of Daraa, the Syrian Arab Army (SAA) seized French-made APILAS anti-tank weapons from the Free Syrian Army (FSA). According to local observers, this is the first time such weapons fall into the hands of government forces. 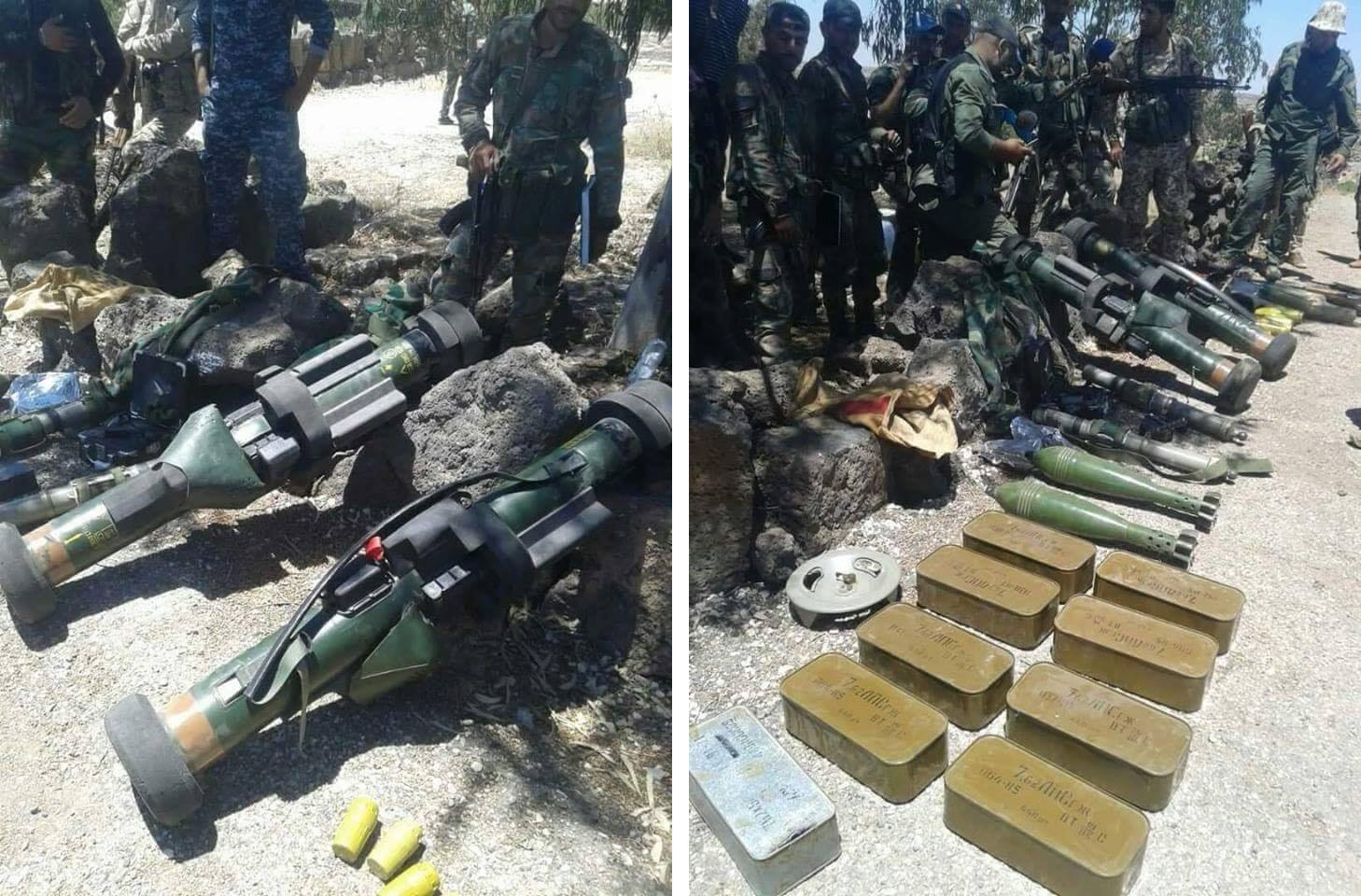 The APLIAS is a portable one-shot 112 mm recoilless anti-tank weapon, designed in France by GIAT Industries. The weapon is capable of hitting targets as far as 500meters away and can penetrate 720mm of rolled homogeneous armour (RHA) or 2m of concrete.

The French-made weapon was first spotted during the battle of Tha’lah in June of 2015. Back then, fighters of the US-backed FSA group Amoud Hurran Division were observed using the weapon against the SAA. 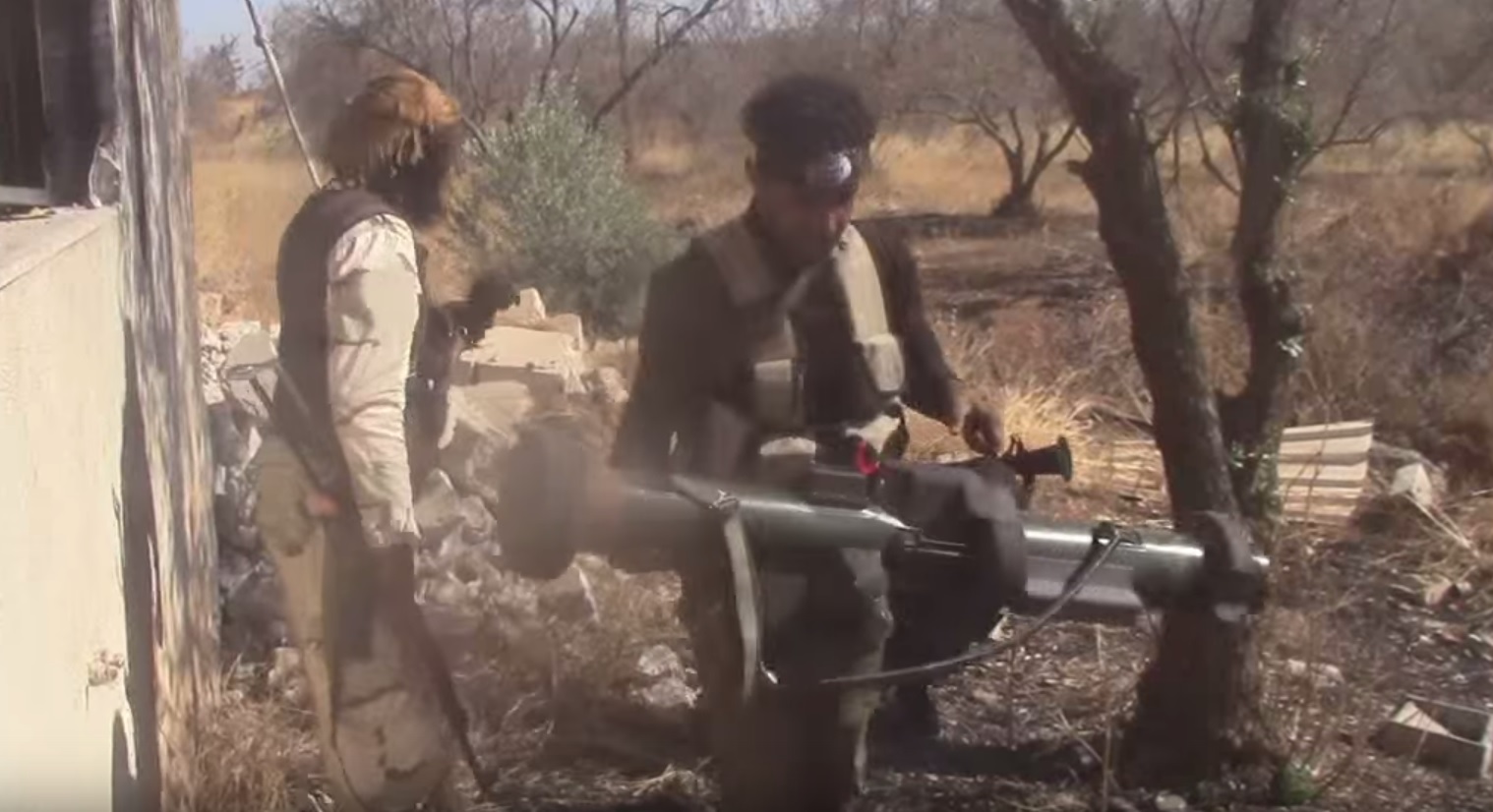 According to Syrian pro-government activists, the weapon was likely supplied to the FSA through Jordan. However, it is still unknown if the Jordanian military, which operates APILAS, was the source of the weapon, or if it was shipped all the way from France.

Earlier this week, former fighters of the FSA in Daraa handed over twelve French made MILAN anti-tank guided missile (ATGM) to the SAA. Pro-government activists said that these missiles were also supplied to the FSA through Jordan. 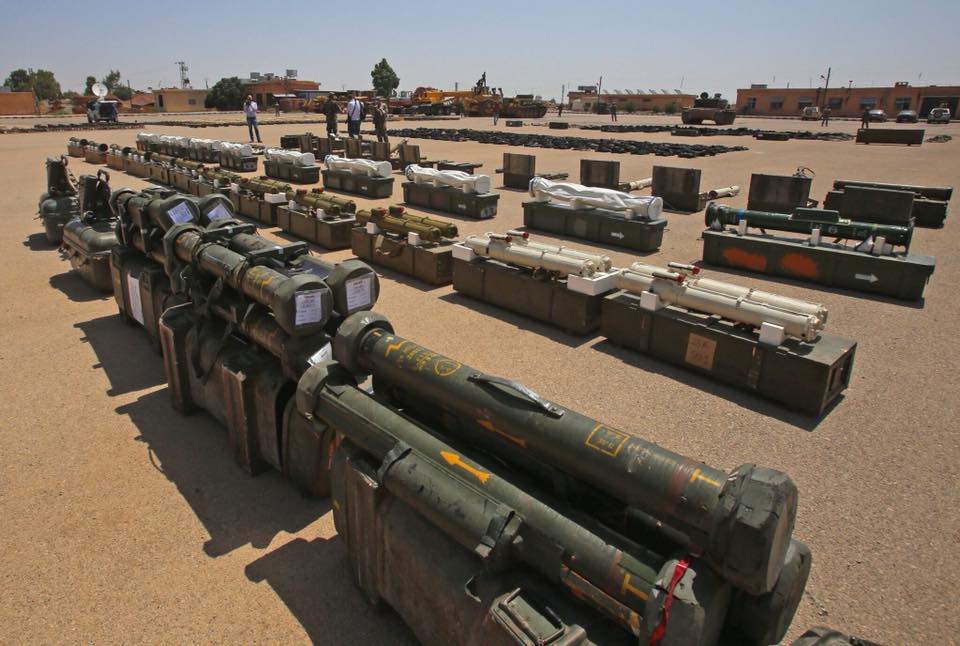 These weapons expose the Western support for the militants in southern Syria and pose a serious threat for the security in the entire region.

Military Situation In Region Of Donbass On January 29, 2023 (Map Update)

For Jordan there will be no more toyota truck convoys full of ISIS.

Jordanians want Democracy but US needs the monarchy of the Dwarf King alas all one can hope for is a revolution there and an overthrow.

The SAA is going to become a REALLY modern military!

Every new US president become head of these gangsters. US, UK, France, Germany and Saudi Arabia all are one gang and are against other nations of the world.

Return all to the sender…

One of those could do some serious damage to the Eiffel Tower as well :)

fcking traitors FSA commanders, they received money from assad-iranian foundation and surrendered military equipment, they will pay for betrayal, i hope that mossad agents will burn these traitors and their wives and children,

Dont hold back man tell us how you really feel.

Burning women and children – thats what you hope for, huh? What a scum you are. Are you even human?

I blocked the cretin months ago.

IsraHelli by the sound of it. That’s what they do to Palestinian women and children, who’s land they live on

Yemen and Palestine both needs in emergency one million tones of food products, water and medicines otherwise millions of children and women will die due to starvation, famine and diseases in these two countries.

The only aid America and its NATO lackeys can give is more weapons and misery to the middle east.

If the child butcher Israeli pirates do any mistake and try to hinder the rapid advance of Syria and of their allies then Israel will observe no fly zone over all Palestine from Jordan border to Mediterranean sea and from Lebanon border to Egyptian border.

No one brings these from France, Jordan is the supplier here, they were given money by the Zionists Mossad and the Neocons CIA, nothing to discuss here more.

The Syrian government should announce a new policy: from now on, all weapons and ammo seized from western-backed rebels will be turned over to Hezbollah for safekeeping.

Haha yes that’s a nice one, they should do that for real, the Zios will explode

I hope they get a large batch of modern Man pads as well :)

That’s irony so delicious you can scoop it up and serve it with a nice cone. I like it!

lol absolutely! Reverse engineer them as quickly as possible too! these are treasure troves! Iran already reverse engineered the American TOW missile launcher! This is not good for Israel! a Single man with a $35,000 missile can destroy a tank worth $8 million dollars a piece!

S-300s or even manpads would be so helpful to Syria and Hezbollah! Bibi who is in moscow must be on his knees begging!

Take out the $8 million dollar tank AND probably even more expensive: you take out up to 10 army personnel. (4 crew and 6 infantry).

The Houthis could probably do with some of that gear.

Hey France, see you at the War Crimes Tribunal. Along with the rest of the usual suspects.

Jordanian King of Morons made his country a dump for jihadi scum and western weapons for that scum. And once his country implodes – and it’s just the matter of when not if – all that hardware will cause such fireworks to make Syrian war pale in comparison…

NATO and Gulf States engaged in serious international arms trafficking to flood Syria with weapons and munitions since 2012. Foreign funded weapons and munitions shipments were all officially routed to either Jordan or Turkey with the premeditated intention of subsequently being smuggled across the Syrian state border under the supervision of varied intelligence services.

Yes, NATO never thought that President Assad and the SAA would survive and that all their terrorist support would be edited from history.

How wrong they are :)

free testing-material and analysis for russia)

I think France needs to petition the United Nations to make Syria return these weapons to them. These weapons were given in good faith to Isis, France did not intend for Syria to have them.

Now if some of these weapons were to end up with the Taliban?

RPG-7 goes through a similar amount of armor and costs about 10 cents.

Look I totally agree and the Russians produce some really effective SACLOS missiles. However, as the Israelis discovered to their spite in Lebanon in 2006, a bunch of highly-motivated young men with second-rate weapons can defeat a much more technological foe. Most nato weapons appear to be expensive toys. Don’t you find it interesting how much the US Marines like the relatively brutal and unguided Carl Gustav? The Taliban are fond of sending groups of 10-15 rpgs to tackle Coalition armour – and it works. The SADF in Angola in the 80s got to really hating the RPG-7 when used against them. It was so effective that they quietly adopted it as their standard squad AT missile, and so it remains today.

The RPG-7 has proved a staggeringly successful and versatile small arms design. However, Hezbollah’s success against IDF Merkava’s and ACP’s in 2006 owed much to the use RPG-29’s, a very advanced RPG system with tandem warheads that can penetrate most modern armor’s defensive screens and blocks. They also used number of ATGM systems from high vantage points overlooking the two basic valleys that lead into south Lebanon. Hezbollah learnt to target the weak spots on the Merkava’s armor and engine grilles.

What stop the terrorist fighting Assad from using those weapons at commercial jets taking of or landing at airports.what a sick world the western world are.