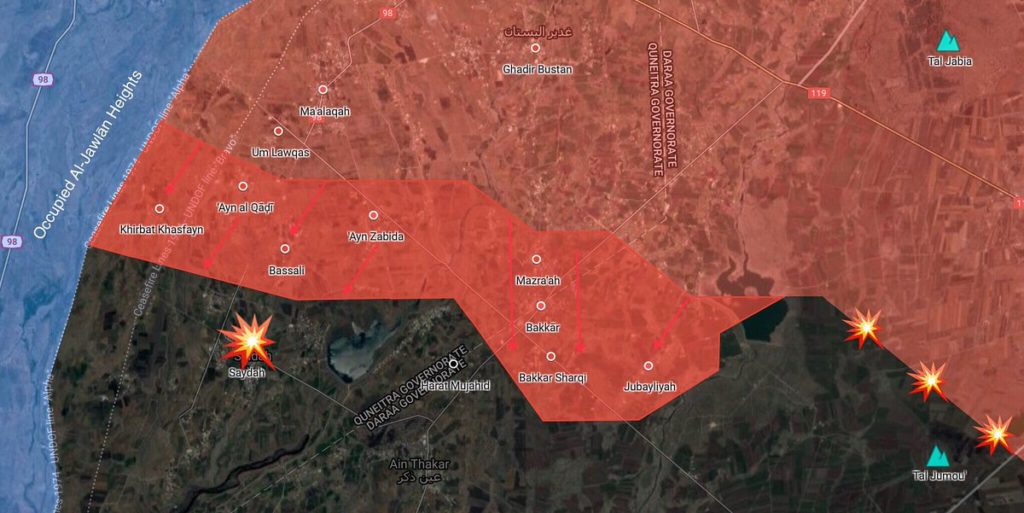 Syrian forces have liberated over 10 settlements from ISIS in the area east of the Golan Heights, in southern Syria.

This advance took place following a shot down of a Syrian Su-22 warplane by the Israeli Defense Forces (IDF) on July 24. The Su-22 warplane was supporting an anti-ISIS operation against ISIS east of the Golan Heights. The IDF targeted it with two Patriot missiles when it entered about 1-2km in airspace over the Israeli-occupied Golan Heights.

Now, the SAA is developing the advance in the direction of Saydah and Aun Thakar, which are currently in the hands of ISIS.

Israeli leadership is very unhappy with the fact that the SAA is about to restore a full control of entire southern Syria. However, even the shot down of the Syrian warpane cannot change the strategic situation in the area. 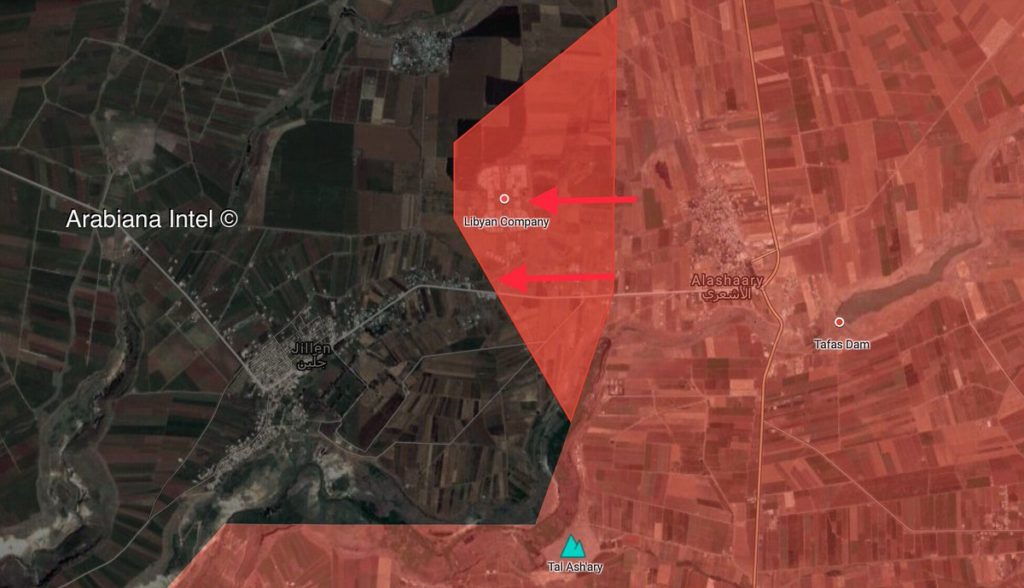 Come on SAA get it over with and secure your borders. I hope you have establish air defense in the area, so the scum of the earth can not with immunity hit your airforce.

We live in a very warped world when Israel is aiding and content to have ISIS directly on her borders and the Western Corporate Media totally ignores that fact :)

or promote it as completely normal and even humanitarian.

Yes indeed. A Freedom of Information request has exposed that the UK has spent ‘ two and a half billion pounds’ since 2011 providing ” aid ” to Syria.

What the information did not disclose was that the “aid ” was only for Anti Assad rebel (terrorist) held areas and that such aid included training by UK forces, military engineering support ( tunnels and underground bunkers etc ), intelligence support, weapons supply support ( directly or not) and of course the ” Bravest of the Brave ” White Helmets Takfiri thugs masquerading as 1st Responders. :)

The UK establishment now has the gall to suggest that returning ISIS ( and presumably Al Nusra ) terrorists returning from Syria to the UK should be tried for treason :)

As far as the leaders of both countries go, both I would think :)

The world has always been warped. Although it is ironic the islamic and jewish fanactics have so much in common.

Its in their genes :)

why don’t you order them a precise date so we all will know if the SAA has reached its objectives?

what a stupid thing to say.

at least i’m aware of saying stupid things when i do.

they are likely already doing it.

GO SAA. Kill them and kill them good.