On April 24, Syrian government forces liberated the Joura Orchards in southern Damascus from ISIS, according to pro-government sources. Separately, the Syrian Arab Army (SAA) and its allies renewed their attempts to capture the area of Hajar Al-Aswad.

On the same day, Syrian helicopters dropped a new batch of leaflets over the ISIS-held area urging militants to surrender.

Government forces still have not entered the main urban area controlled by ISIS in the Yarmouk refugee camp. If the deal between ISIS and the SAA is not reached, the advance there will be the most complicated part of the operation. Earlier, the SAA and its allies liberated the areas of Al-Barradi, Al-Barradat, Zain and other points in the southern and northern parts of the militant-held pocket.

How soon will there be a “gas attack”? The magical kind that only strikes women and children.

I think this time it will an Iraq special they presented. The SAA will combine gas attacks with babies taken out of incubators and throw them out in the yard. The shit4brains creating this scenarios of false flags, they lack imagination and depend on their mass media to sell their stories to the braindead, who vote for them, each to this own country.

Kinda low, as the West has no film crews (a.k.a. as White Helmets) embedded with ISIS. And we know from Raqqa and Mosul that ISIS has not resorted to using shots of suffering civilians, preferably children, to create sympathy for them. As they don’t seem to care for that. Say what you want about ISIS, worst thugs since the Khmer Rouge, but unlike Green Daesh they are not interested in begging the West to win the war for them.

Yet the Globalist run Propaganda Ministries continue to spout their lies. We can, of course pull back the curtain exposing their lies, but it is a Sisyphean task.

No reports in MSM that SAA is fighting ISIS here. What can you expect…

how many links do you please?

Syrian and their allies should ready for another missile attack from Trump and co. this night.

SAA and their allies should use large telescopes from the top of the hills to see the potential targets and then pass on information to other soldiers for attack. They should avoid tall buildings and towers because of explosive mines under neath.

What hills Rob?
The terrain on the map looks pretty flat. :0 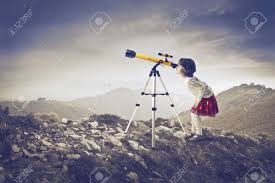 While this is a will be by the looks of it, a hard and costly win for S.A.A.. It will be the straw that broke the Camels back. Allowing S.A.A. to soon focus on the direct invasions by US and friends plus Turkey. While these borders problems are real and important Syria will come alive and rebuild its industries and Nation within the hard-won core of the nation.