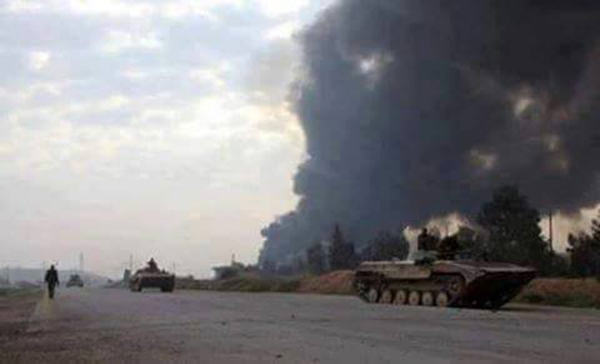 Minutes ago in the Hama Governorate’s Northeastern countryside, the Syrian Arab Army’s “Tiger Forces” – backed by Liwaa Al-Quds (Jerusalem Brigade), the National Defense Forces (NDF), and the Cheetah Forces “Team 3” – entered the important city of Khanasser after losing it to the Islamic State of Iraq and Al-Sham (ISIS) during clashes yesterday morning.

According to a military source from Liwaa Al-Quds, the Tiger Forces and their allies broke-through ISIS’ defenses at the southern flank of Khanasser this morning and secured the perimeter before they entered this imperative city in northeastern Hama.