According to official Syrian television, thousands of kilometers have been liberated in the Al-Badia area – the Syrian desert – during the recent operations, The SAA also manged to cut off the road from Al-Qaim to Al-Sukhna.

Pro-government sources claimed that SAA managed to enter Deir Deir Ezzor province from the south in a quick operation that wasn’t announced this morning.

If these reports are confirmed, SAA has controlled the whole area and the road between the T-3 and T-2 strategic stations, where SAA is expected to capture the T-2 station very soon.

Through capturing the Al-Talila Reserve by the SAA southeast of Palmyra and cutting the Al-Qaim-Al-Sokhna road, the SAA has opened a third front against ISIS in Deir Ezzor province and placed the terrorist organization under a stiff pressure.

Also, the SAA has almost completely blocked the US-led coalition from advancing toward Deir Ezzor from the south.

Whart’s up Shloime? Want to pick up soap in the shower with Duke Nuke’em?

This is getting ridiculous. Syria has to Act in secret because the West will not let it advance against Isis. This is proof the West has an alliance with Isis.

Slight correction. They were “saying” to attack IS. They were in fact attacking SDF and not for the first time at almost the same spot. They were warned to back off. They did not and consequently were backed off, permanently.

Permanently? Wait and see. In fact the Kurds are on syrian territory inviting guests that are not welcome. The deal with the world criminal US will be turning against the Kurds one day. There are more than one option for Syria against the kurdish trash when ISIS will be history in a few weeks. And now wipe out the toilets of your dutch masters you kurdish immigrant in Europe.

ISIS is a useful tool for the US in that they provide an excuse for a US proxy to take control of Syrias North (and provide a pipeline route) all in the name of “defeating terrorism”.

Having the SAA beating the terrorists is “inconvenient” for the US, so the bastards act to limit SAA gains and buy time for the trained monkeys of the SDF and their white-trash jarhead handlers to take more territory north of the Euphrates.

News that the US Coalition have shot down a Syrian jet that was attacking ISIS in that area today is very disturbing..
Has the US got its advisers embedded with ISIS as many suspect ?

Do you have a link?

Wow awesome, bold mobile warefare in the open desert, I was hopeing they would do this, with PMU on other side of the border resupply shouldnt be a problem.

Great news!!!!??✌
Now SAA should walk to the direction of Al-Bucamal together with the Iraqi Army matching to Al Qaim. 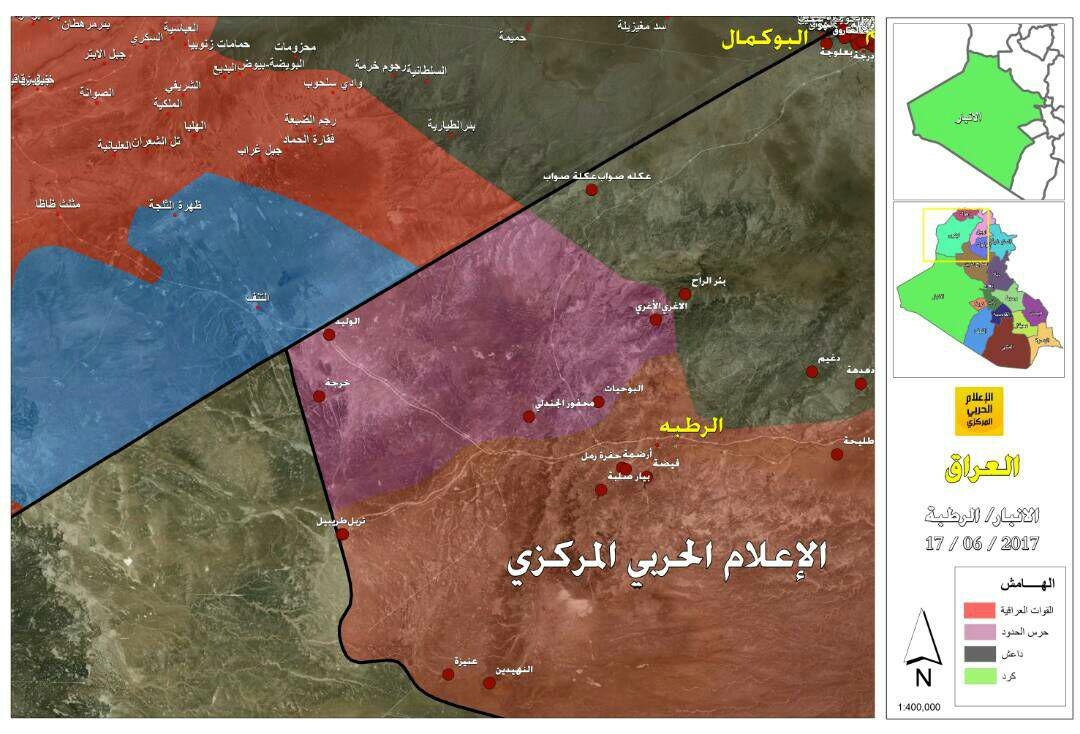 I LOVE IT!!! I REMEMBER A FEW MONTHS AGO A SYRIAN GOVT OFFICIAL SAID SUCCESS IN THE COUNTRY WILL COME FROM THE SUCCESSESS OF THE SAA :))

Cry more, solomon!!!! aka incognito zionist supporter who always has bad things to say about SAA.