The Syrian Army continues its advances in northern Khan Touman and western al-Amareh, cutting terrorists’ supply route in the southern and southwestern parts of Aleppo. 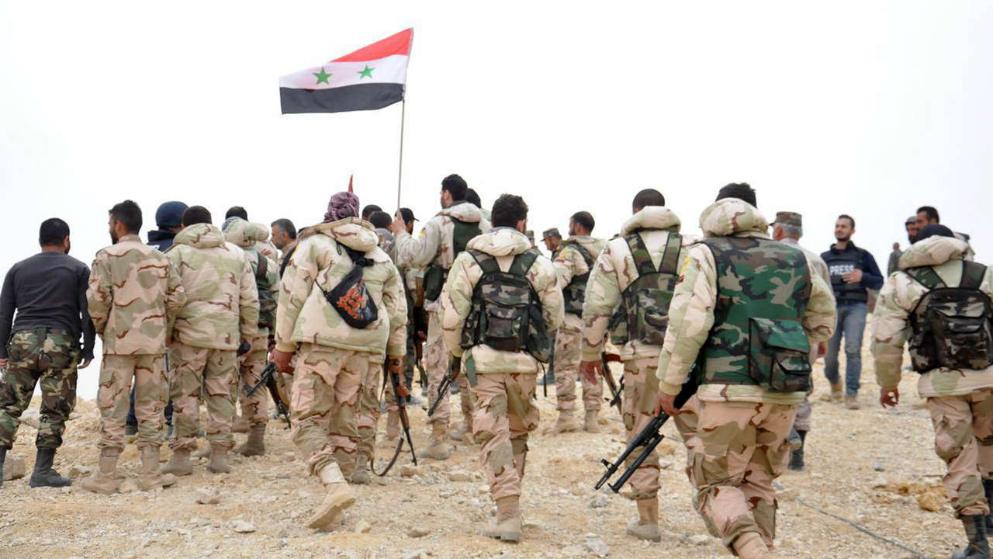 After terrorists left the northern parts of Khan Touman and western al-Amareh, the danger of their occupation of the strategic town of al-Wazihi decreased, and the Syrian army started to target weapons’ warehouse of the terrorists.

Reportedly, the Syrian forces are currently trying to recapture the weapons’ warehouse in northern Khan Touman, as well as to cut terrorists’ supply route in the southern and southwestern parts of Aleppo.

According to battlefield sources, at least 80 terrorists have lost their lives and tens of others were injured in the past 48 hours in clashes with Syrian troops in the region.

Jaish al-Fatah’s gatherings near military academy buildings were heavily fired with Syrian Army’s artillery and missile units and forced them to hide in their positions without a possibility to take actions to open their closed supply line from Aleppo to Khan Touman.

According to pro-government sources, nine armored vehicles of Jaish al-Fatah were destroyed in the clashes in the academy’s buildings.

Separately, the Syrian military fortified their positions in Um al-Qara’a which overlooks the entire roads in al-Ramousiyeh and military academy buildings, including a road connecting al-Hekma school to Taslih academy building.

Many believe IS is not actually fighting Turkish intrusion, I’m probably one of them most of the time, FSA and IS are one in the same, is that good or bad thought, ? only Allah really knows, but I wouldn’t want to be in their line of fire for long.