The US-backed Syrian Democratic Forces (SDF) repelled an ISIS attack at the sugar factory and the 17th Division base north of Raqqa city. 20 ISIS members were killed during the clashes in the area. However, ISIS fighters managed to recapture some positions south of the 17th Division Base.

Meanwhile, the SDF managed to completely secure the Roumieh district in the western part of Raqqa city after the killing of 11 ISIS militants. 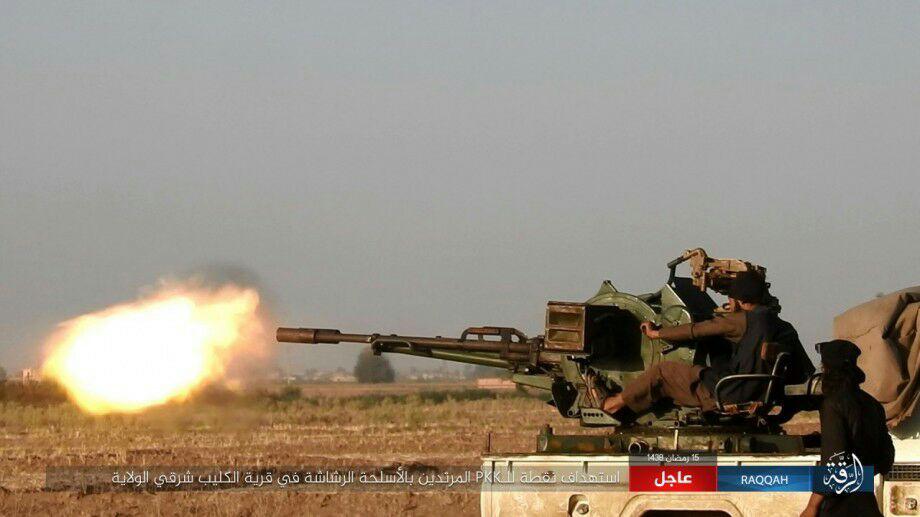 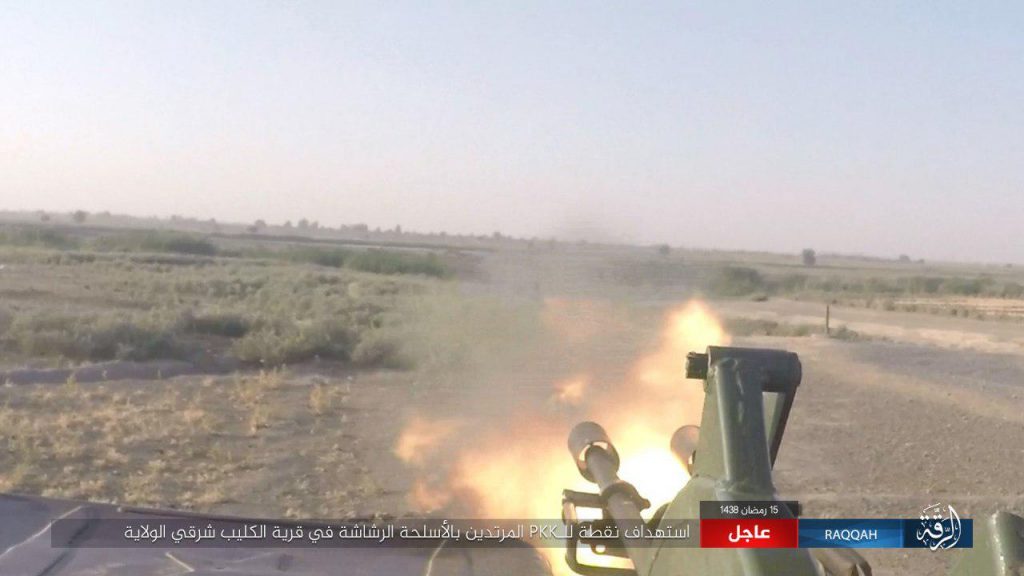 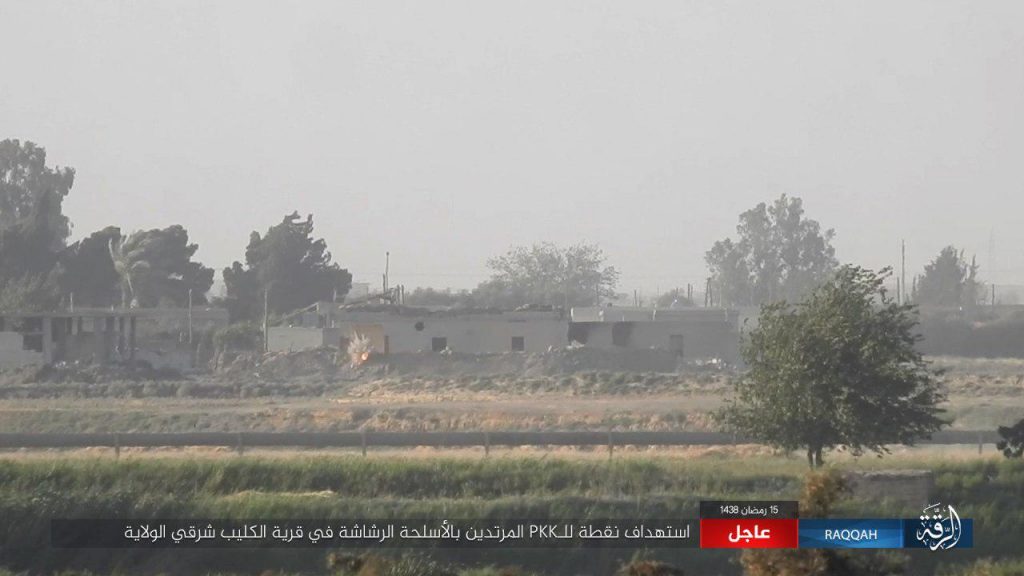 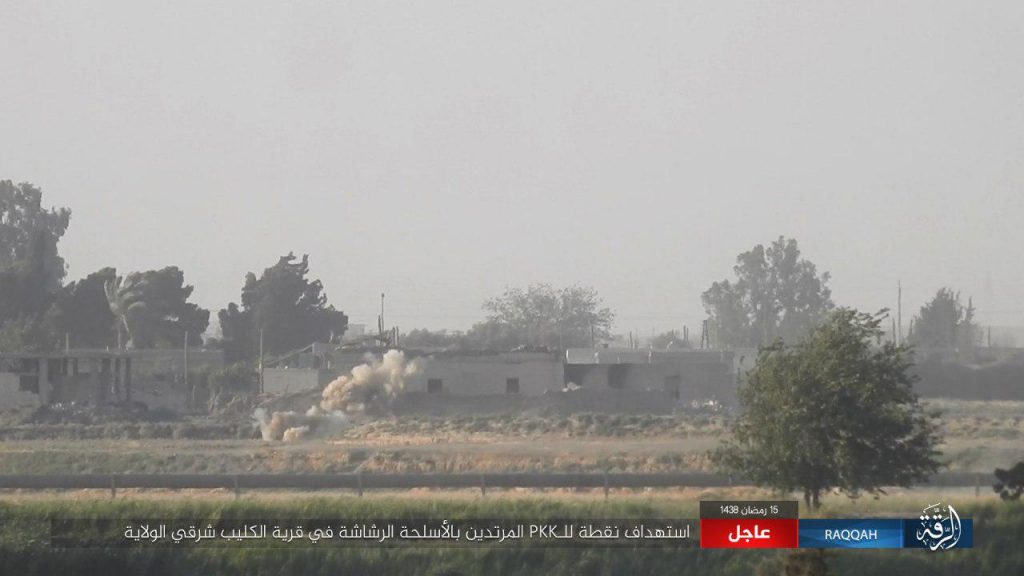 It also claimed the killing of 3 SDF fighters in the Roumieh district of Raqqah. Furthermore, ISIS fighters also targeted an SDF group in Al-Mashhalbi district east of Raqqa city with an ATGM. 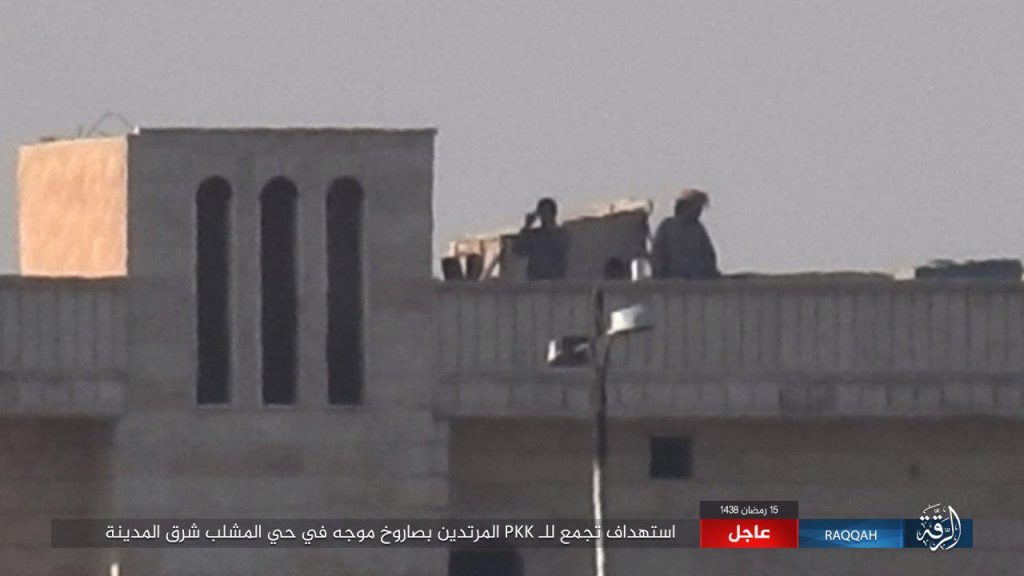 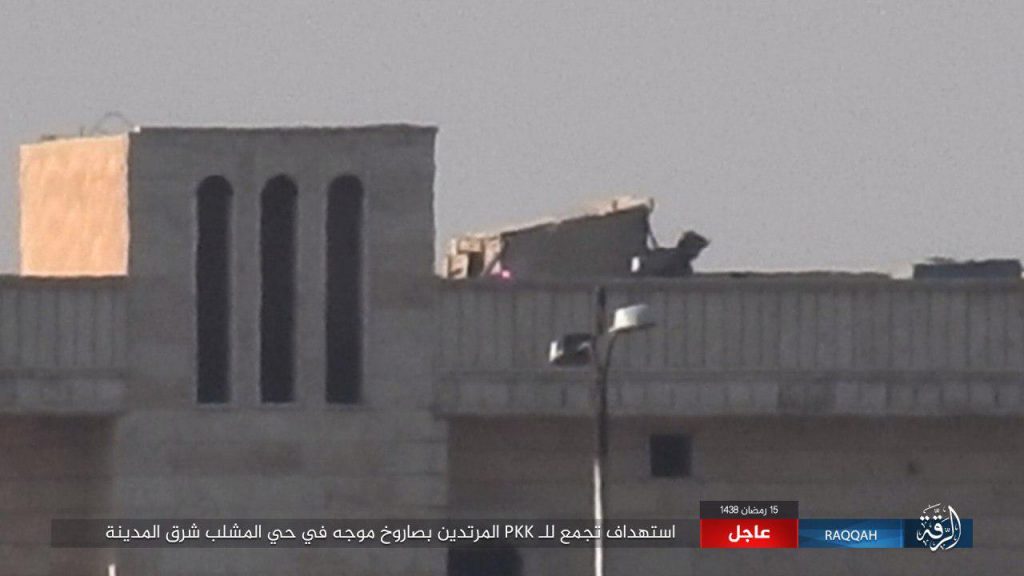 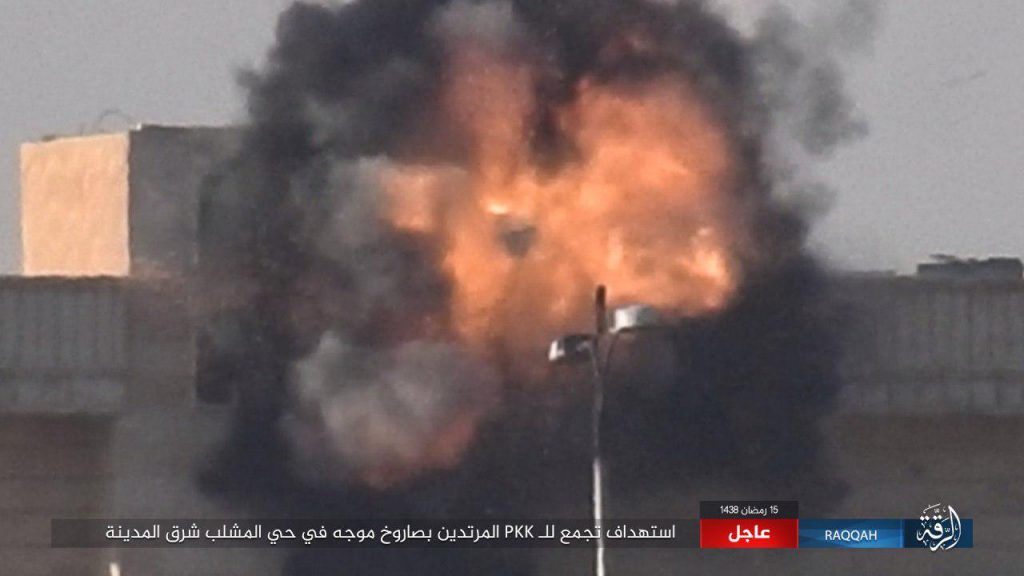 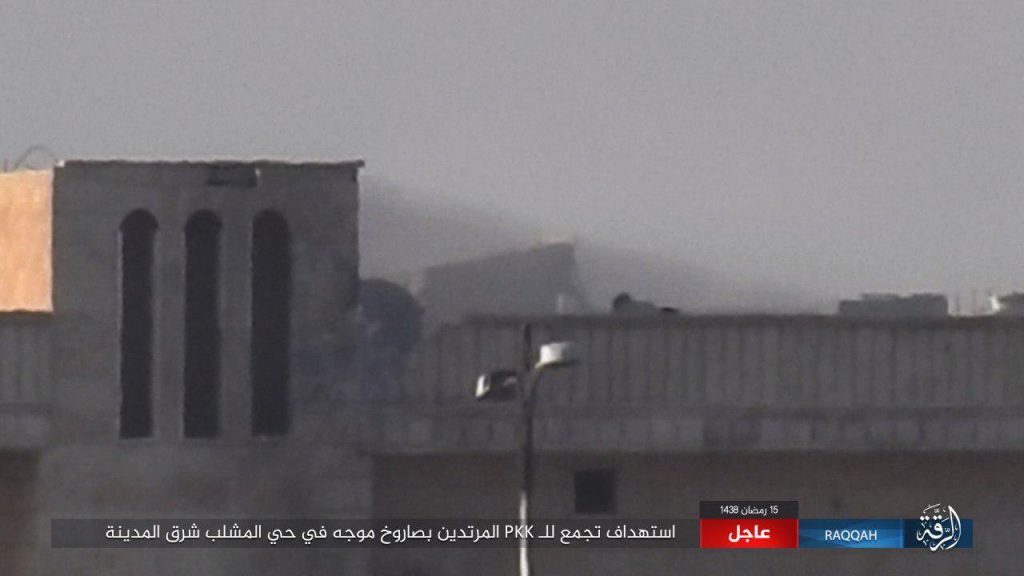 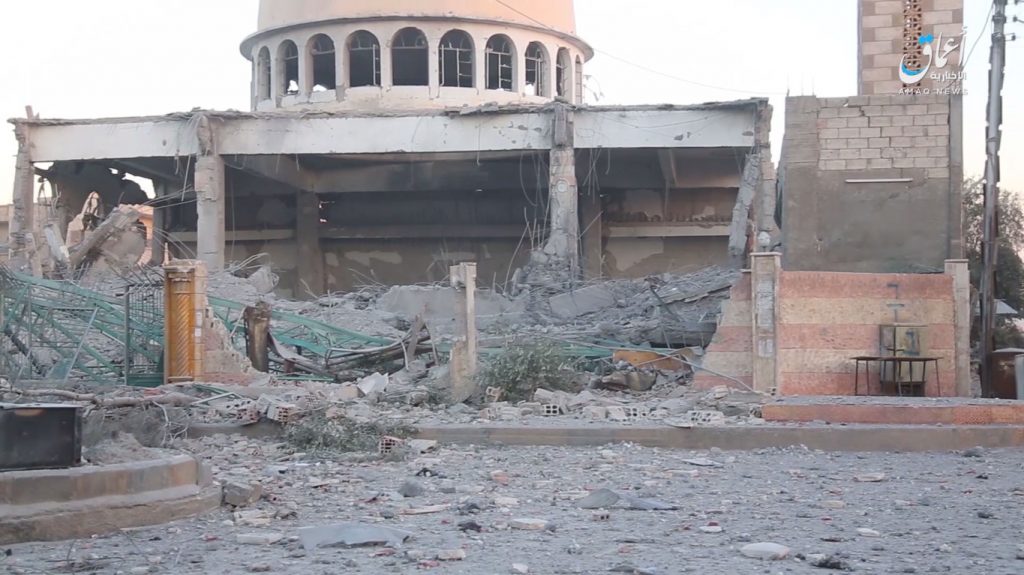 33 civilians lost their life and 25 other were injured as a result of the US-led coalition air strikes.

It is worth mentioning that the SDF has not yet moved to close the supply and withdrawal lines of ISIS in the southern Raqqa countryside.

When ISIS are in their inner square or close to, I think they will take both sides of Eufrat south of Raqqa, but keeo as mousehole open making a snipers alley.

Apart from the mosque, there is nothing that identifies the locations (and it is the only photo that does not have the Amaq logo). Given the amount of deception that has been going on, and the suspicion that SDF and ISIS are not really having it out with each other, and that there is some kind of a sham warfare going on in Raqqah, I feel I need some proof. Buildings can be exploded for nothing, unused footage from past can be used, even bodies have been re-dressed as opposition fighters or civilians as the case may be. Please, can anyone present some solid proof here. Is that too much to ask in an age of digital mass media deception?