The US-backed Syrian Democratic Forces (SDF) are pushing to the ISIS-controlled city of Manbij. According to pro-Kurdish sorces, recently, the SDF has liberated the villages of Al Madasah, Faras Ajour, Shadali and others.

U.S.-led coalition warplanes have so far carried out about 20 air strikes near Manbij. The air strikes reportedly targeted an ISIS headquarters, communication towers and several bridges.

On June 6, the SDF launched an operation in the Manbij pocket, aiming to cut off ISIS supply lines, heading to the city of Manbij. If it’s done, the terrorist group won’t be able to send reinforcements, arms and food supplies to the city, besieged by the SDF.

However, it’s hard to believe in Nassan’s words aboout the “moostly Arabs”. The Arab part of the predominanlty Kurdish SDF is svery small and doesn’t include 20,000 fighters for sure. Other sources estimate that up to 3,000 Arab fighters are taking part in the offensive.

On Sunday, there were reports that the SDF was within 5 kilometres of Manbij on the road route connecting Raqqa with the Turkish border. However, the situation on the ground is complicated and the US-backed forces weren’t able to enter the city.

Meanwhile, Special Presidential Envoy for the Global Coalition to Counter ISIL at the U.S. Department of State, Brett McGurk, confirmed that a top Syrian Kurdish commander, Abu Layla, died on Sunday from his heavy injuries in a hospital in Iraqi Kurdistan.

Abu Layla, who officially was a commander of the Manbij operation [SF editor: while it’s clear for any independent observer that the operation is planned and leaded by the US military], was hit by sniper fire on the outskirts of Manbij. 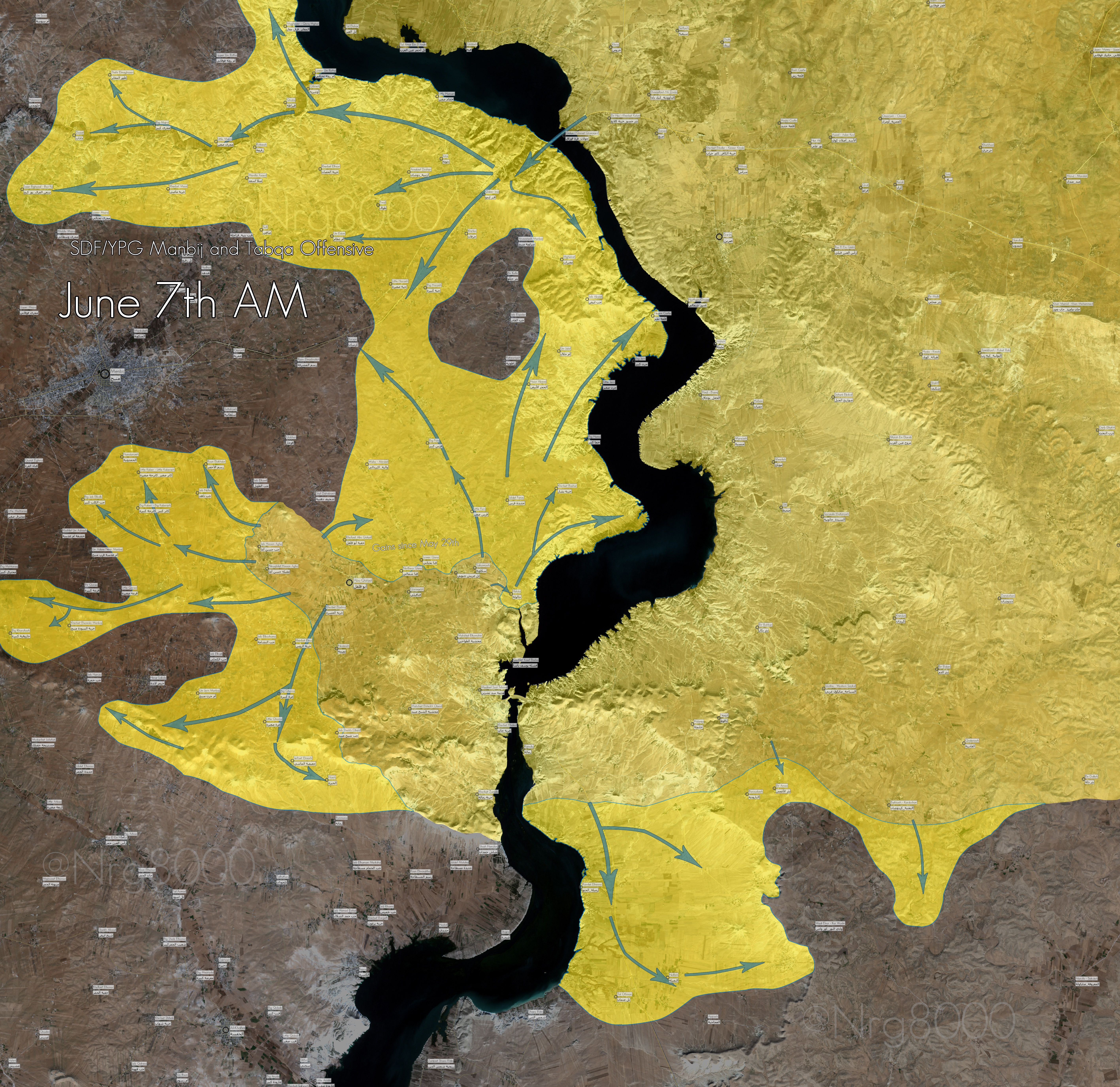