On Saturday, the US-backed Syrian Democratic Force (SDF) besieged a group of ISIS fighters in the headquarters of the 17th Division Base north of Raqqa city, according to Kurdish sources.

The SDF also advanced towards al-Malab al-Asuad area in the center of the city. The SDF killed and injured dozens of ISIS fighters during its advance, according to Kurdish sources.

Meanwhile, the ISIS-linked Amaq agency claimed that ISIS fighters killed 7 SDF fighters and destroyed a bulldozer, Humvee and a vehicle of the SDF with ATGMs in the 17th Division Base.

Amaq also announced that ISIS fighters killed and injured a group of SDF fighters in the “youth housing complex” in Raqqa after targeting them with an ATGM. 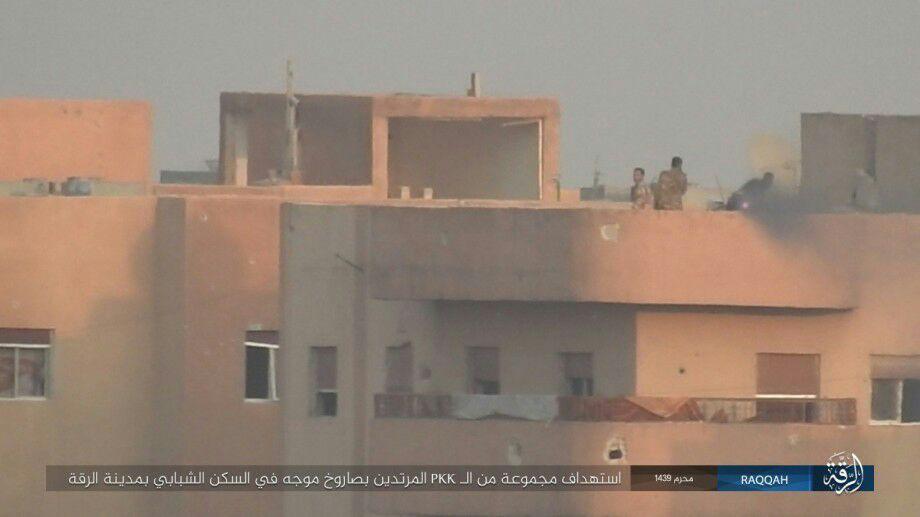 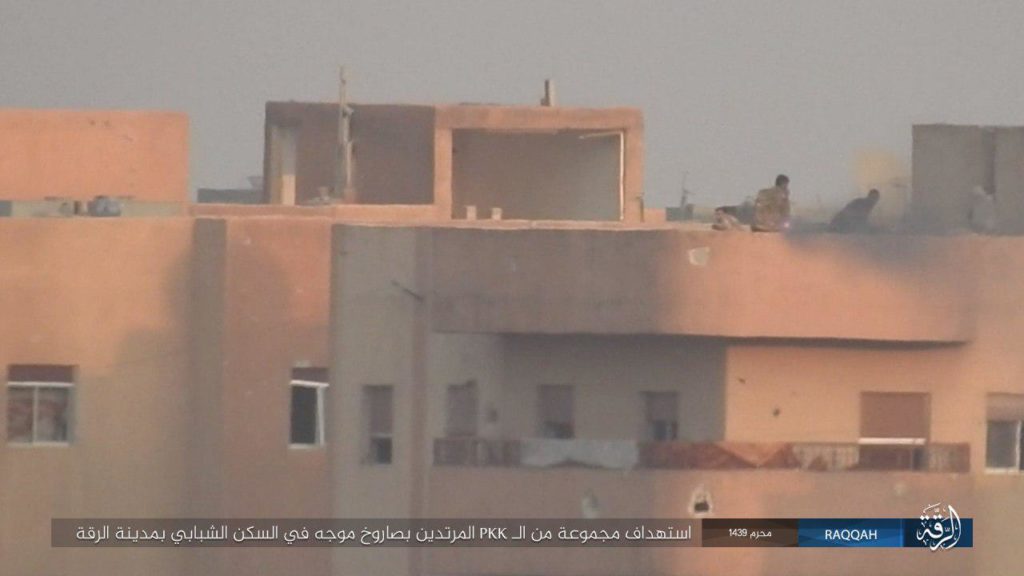 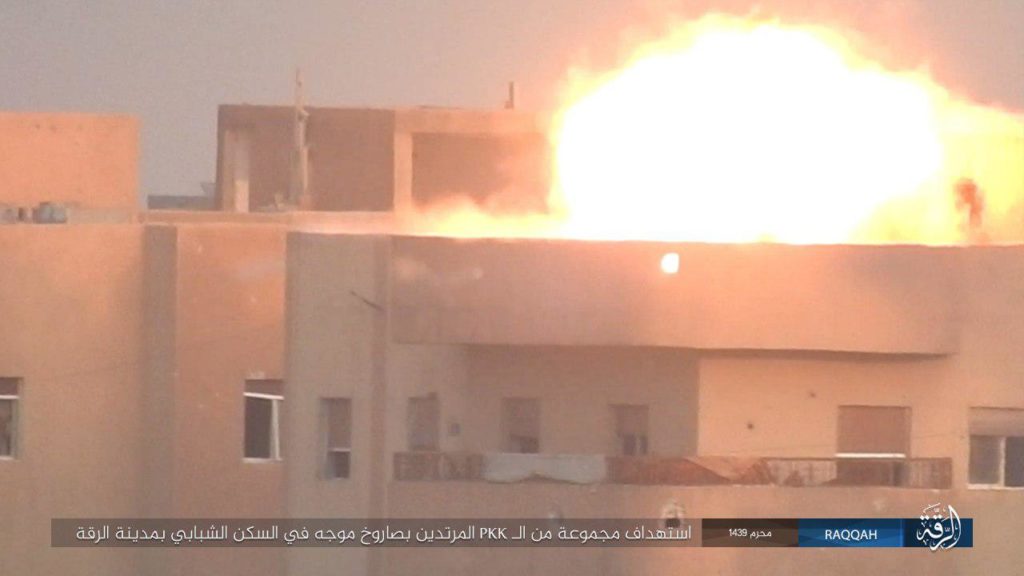 Syrian opposition sources revealed that ISIS is still in control of the following areas in the central, northern and western parts of Raqqa:

Thus, the battle for Raqqa might not end in September as many Kurdish sources predicted. Even if the Raqqa city is captured before the end of September, the SDF will spend at least a week in search operations against ISIS fighters who hide or try to flee.

The same approach could be observed after the liberation of Mosul city. 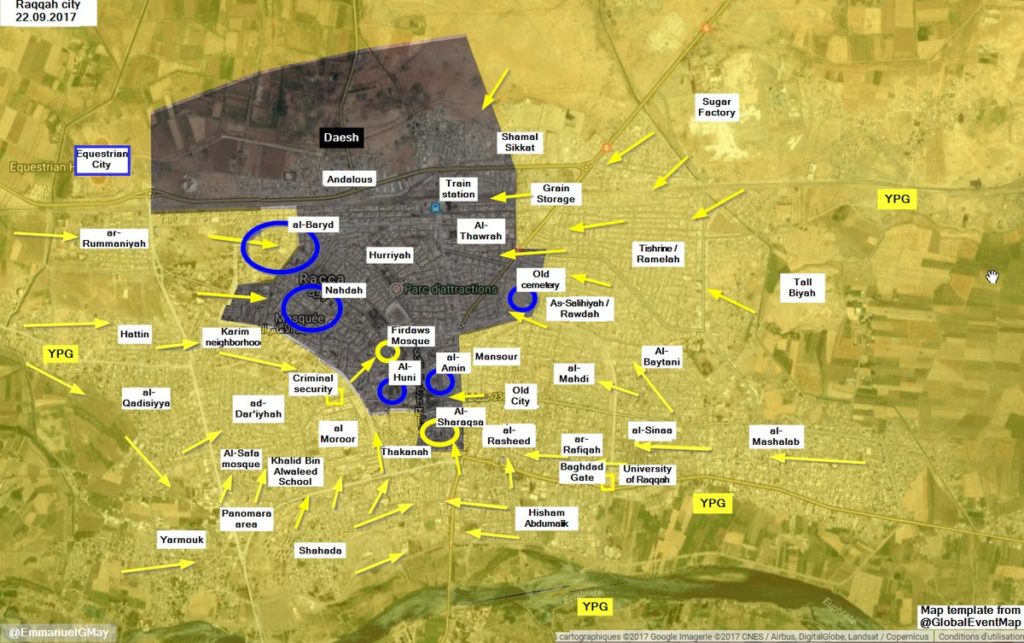 SF is right in that the end survival of some IS in Raqqah will be prolonged by mopping up. However, the main body of SDF fighters can be redeployed as of the coming weekend.

DeZ will eagerly anticipate some ten of thousands fighters coming to DeZ.

SDF wil shoot them, whether IS or SAA if necessary.

And then we will shoot you :)

with your usual blanks?

That’s something that fits you a lot more, you gayropean dutch.

Well, tell it to my grandchildren so they can laugh too.

Out in the open SDF will enter shooting gallery after public SDF declarations against SAA moving inside Syrian proper. Meat grinder ahead and would not be surprised when members of the coalition take the pain to Kurd territory and cities while they are not on the home front to defend.

By the way how are the women faring? Why aren’t you protecting them in your country? They must be goyem and you aren’t concerned?

The whole reason for the existence of YPG/YPJ/SDF is that Syria has failed as a state to defend the security of those citizens. First by oppressing them and then in 2011/2012 by abandoning them to the friendly turks, FSA/IS/AAS and HTS (or whatever name) who were very eager to destroy them.

As they were forced to defend themselves against genocide or ethnic cleansing, they rose in self defense and have learned not to rely on Assad or his alawite led army.

Now assadophyles are whining about the ugly kurds and northern arabs defending themselves.

Sorry pals, you should have defended kurds and other locals six years ago.

You talk about a very small part of the global picture which leaves out the history past and present. Isolating micro from the macro obscures the real cause and effect of current events.

To protect Treasure, Commons and Inalienable Rights of people, the pillage and plunder of Empire where destruction of the many for the few destroys any society, especially when engineered for exactly that out come.

Here are a couple of links that shows the contrast of a much larger view of the real battle of the sinners and saints (metaphor).

You have piqued my interest and I would truly like to hear your opinion if you actually take the time to look at this contrast, if not then these arguments or rather view points are comparable to two trains of thoughts in which both are derailed.

Syria. ….get your @ together and airlift Special forces in to seize the Tabqa Dam.!

if wishes were fishes, you would have a lot to eat.

Airlift help to the civilian defenders of Raqqa to hold off the Kurdish invasion until the SAA can come and liberate the whole area from Kurd’s! ISIS is already dead. http://ihr.org/

To tell you the Truth what Daesh does to the Kurds I don’t mind, cuz it turned out to be all for land and making state in Syria not to fight terrorism. In Raqqa fight I will prefer Daesh to kill as many shity proxy US backed Kurds.Cuz I don’t give a damn any more for them anyway. We all can see what is their goal in D.e.Z, running for the Oil fields and so long. Fuck the kurds, I just want to see Syria free from any occupations, as Kurds,Daesh,FSA,HTS (al qaeda),and million other foreign occupations that are fighting inside Syria. Daesh times are coming to an end, and I am afraid what will happen after Daesh is totally expelled from Syria.