The Syrian Democratic Forces (the Kurdish YPG and some Arab militias, supported by US, French and German special forces) are advancing towards the city center of Manij, an ISIS-controlled logstic hub, located in the Aleppo province.

SDF units have seized a gas station, located at the M4 Highyway, in the southern part of the city and encircled ISIS militants in the Assadiat neighborhood. If ISIS militants are pushed from Assadiat, it will become the first neighborhood, liberated in Manbij.

US-led coalition warplanes have conducted at least 7 air strikes in the area of the city, destroying ISIS-controlled bridges, the terrorist group’s positions in the residential areas. 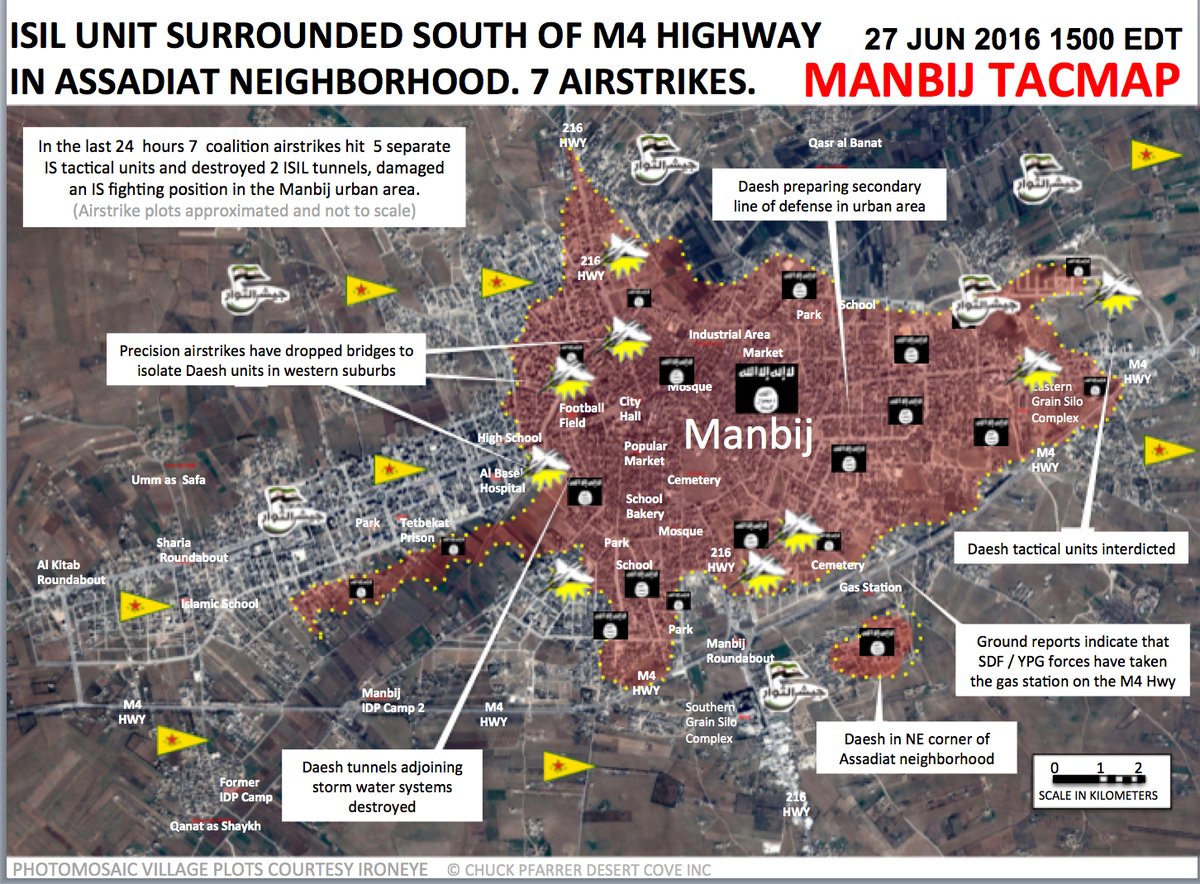