The US-backed Syrian Democratic Forces (SDF) took control of the villages of Husseiniya and Kassar south and southeast of Raqqah. The SDF also seized a half of Rtala town in the southeastern Raqqa countryside.

In Raqqa city, the SDF captured  Souk al-Hal, a market in southeastern part of the city. It also repelled an ISIS attack on Al-Qadissiya district in western  Raqqa.

ISIS claimed that 74 SDF fighters have been killed and 12 others wounded by its snipers so far in Raqqa city, most of them in Al-Mashbal district. The ISIS-linked News Agency Amaaq published a video shows targeting of SDF positions by ISIS fighters with a non-recoil SPG-9 rifle in the Al-Jazra district. The US-led coalition airpower and US Marines artillery units continued targeting ISIS positions in Raqqa city. It is noticed the presence of M1156 guided shells –guided fuze – alongside with what appears to be phosphorus shells. The SDF is currently focusing on the southern Raqqa countryside. The aim is to block the Syrian Army from reaching Deir Ezzor, because the US-backed force has not been able to make real progress in Raqqa City until now.

The American-backed SDF are worse scum than ISIS.

So please continue to suck some body parts of good old assad and/or putin. Like what you taste and don´t come complaining if they do not like you any more some near days… ;-)
Unbeliveble morrons around here…

you better watch your posts or Fraulein Merkels goons will be kicking down your door, lol…a german being critical of anything..haaahaaaahaaahaaa…this gonna keep me going all night..or are you austrian ?

Upright german anarchist, not the worst you can choose… ;-)
Got the possibility of Kohls, Schröders, Merkels troppers at my door for more than 30 years, and sometimes they have really knocked (even knocked it down), so what?
BTW: At the Moment i´m save. They are to bussy in Hambug…
;-)

My dick is on your mum head.

Eloquent reply – Chapeau!
Problem: Got no mum, no nun, no plum, not even a gun…
Sorry, you have to place your poor dick somewhere else.
Good luck!

One thing is that the Kurds want their own country but now they are just greedy and imperialistic. Where will they stop? What is enough for their independence?

They will at the least take Raqqah and part of the south bank of the Euphrates.

If all out attacked in Afrin by TSK and FSA, they will likely try to take Azaz, Yarablus and Al Bab.

They will stop when Assad is seriously going to negotiate with them. What is enough is not defined by the territory they hold but by the negotiations that somehow sometime will have to take place.

anthrax is the good answer to kurdish scum!

Turkish governments are renowned for genocides. Just ask any Armenian ?

kurds killed the armenians. the turks gave the order.
only karma would beat back.

I’m getting this straight from the Armenian National Institute website. “Who was responsible for the Armenian Genocide? [top of list]
The decision to carry out a genocide against the Armenian people was made by the political party in power in the Ottoman Empire. This was the Committee of Union and Progress (CUP) (or Ittihad ve Terakki Jemiyeti), popularly known as the Young Turks. Three figures from the CUP controlled the government; Mehmet Talaat, Minister of the Interior in 1915 and Grand Vizier (Prime Minister) in 1917; Ismail Enver, Minister of War; Ahmed Jemal, Minister of the Marine and Military Governor of Syria. This Young Turk triumvirate relied on other members of the CUP appointed to high government posts and assigned to military commands to carry out the Armenian Genocide. In addition to the Ministry of War and the Ministry of the Interior, the Young Turks also relied on a newly-created secret outfit which they manned with convicts and irregular troops, called the Special Organization (Teshkilati Mahsusa). Its primary function was the carrying out of the mass slaughter of the deported Armenians. In charge of the Special Organization was Behaeddin Shakir, a medical doctor. Moreover, ideologists such as Zia Gokalp propagandized through the media on behalf of the CUP by promoting Pan-Turanism, the creation of a new empire stretching from Anatolia into Central Asia whose population would be exclusively Turkic. These concepts justified and popularized the secret CUP plans to liquidate the Armenians of the Ottoman Empire. The Young Turk conspirators, other leading figures of the wartime Ottoman government, members of the CUP Central Committee, and many provincial administrators responsible for atrocities against the Armenians were indicted for their crimes at the end of the war. The main culprits evaded justice by fleeing the country. Even so, they were tried in absentia and found guilty of capital crimes. The massacres, expulsions, and further mistreatment of the Armenians between 1920 and 1923 were carried by the Turkish Nationalists, who represented a new political movement opposed to the Young Turks, but who shared a common ideology of ethnic exclusivity.”

End of discussion. The definitive answer.

“To prevent ordinary Muslims, whatever they be Turks, Kurds or Arabs from saving the lives of the Armenians, a decree declaring the penalty for sheltering Armenians was death by hanging and the destruction of one’s home was passed; despite this decree, a number of ordinary Turks, Kurds and Arabs did shelter Armenians from the fury of the Special Organisation. Other ordinary Turks, Kurds and Arabs did assist the army, the gendarmes and the Special Organisation in the deportations and killings, motivated by the desire to loot Armenian property, to have Armenian women and girls as sex slaves or because of incitements by Muslim clergymen saying that the genocide was an act of jihad”

No, kurds killed them. i learned also. i my country is monument for killed armenianas and if you negate the armenian holocaust, you go in prison. so, we are not at side of turks, but truth. kurds are the same like turks and nazis.

You are “a little bit” right.
Some Kurds partizipated in the türkish genocide on the Armenian people. Some Kurds have been pleased to grab the houses, the land or any other property of murdered or driven off Armenian people.
But the difference is:
Kurds in form of HDP, PKK, YPG etc. had apologized for that crimes of a FEW of it´s ethnics, the Turks still kompletly denying that some genicide ever happend.
For me it is a quiet a big difference .

So then the Turks are the most responsable

animals can not undergone genocide

the sdf in raqqa is not kurdish anymore. it is a mix of various ethnics, see this or ignore it… The question is: what has assad to offer?

If america backs it independence if they dump them like a bad case of the clap autonomy, for me what i am seeing from all sides is land grab before negotiations kick off.

This sounds likely. Indeed from all sides.

Raqqa never was Kurdish , rather it is Sunni Arab , the Kurds are there in order to give the Americans a “win” over ISIS for their PR media . The Kurds get weapons , the US think they will get an air base .

Assad has given the Kurds a large degree of autonomy , and Syrian citizenship to Kurds fleeing from Turkey . Some Kurdish group(s) foolishly believe that autonomy is the same as nationhood . They have forgotten it is Syria and Russia that have kept Turkey at bay .

The bhoys and grrls fighting down there around Raqqa are not a homogene krudish force anymore. Meanwhile there are a lot of arabs, turkmens, tribe people included.
I´m not really a fan of Uncle Sam (their actual socalled President is totally nuts), but what else could the SDF have done?
Who would have given them support? Assad? Putin?
They have grabbed the straw that seems the most usefull…
BTW: Without the efforts of SDF the SAA would even be far far away from their nowaday positions.

Assad and Putin gave them support as was shown in Aleppo where both worked together to oust Al Nusra , and after in Afrin with the Russian base up near the Turkish border . The Kurds have been dupped by the US into thinking autonomy is sovereignty . The air base outside of Raqqa is Syrian , not Kurdish , they have no legal claim to it . Raqqa itself is well south of Kurdish territory . Cutting the water supply to Aleppo , keeping the downed pilot etc.,are all punitive to Syrians , and I believe counter to Kurdish intentions , but very much in line with American intentions .

False. SAA protected and protects SDF of Turks nearby Afrin and Mandbi throug corridors they went in. What the SAA has reached has nothing to do with SDF. The opposite is true: SDF released ISIS fighters in direction to SAA to make the fights tougher for SAA.

A war on multi-cultural land grabbers.

No, a war of multicultural people defending THEIR own soil!

THEIR own soils? To defend own soils it is needed to own them and not to grab and steal them to declare later on “It is mine!” And once again: SDF is not multi culural as you like to see it, it is predominated by kurds with over 90 percents. So are kurds responsible and most of the area they control now (for the fucken US too) is not their land and their soil.

Can you create a map showing the advances of the SDF East of Raqqah? Also, please, a request to include English language names on maps, otherwise they’re quite useless for us ignorant Westerners.

I hope both sides get high casualties in this fight for raqqah.

The only high casualties that are occurring at this present time, are those of your brain cells.

I just read about a new twist in regard to the SDF advances on the south bank.

Unconfirmed reports in pro SDF media claim that some SDF forces used the partially destroyed bridges to pass from the south bank to the north bank of the river.

As the bridges were and are only passable on foot, those must be very lightly armed forces and likely not that many.

If correct, it would force IS to replace part of its forces towards the south lines of the city, assuming they have defensive lines there. It would mean that either the lines presently being attacked will be depleted somewhat, or that IS reserves in the city will be greatly diminished.

Full implications remain to be revieled.

and the saa is sitting in chair….

Yes, just watching the Raqqa conflict from a distance.
This is smart. 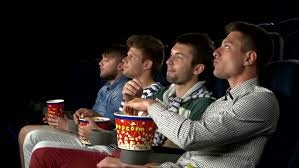