On July 1, the US-backed Syrian Democratic Forces (SDF) resumed its military operation against ISIS in the southern al-Haskah countryside and advanced south of the town of Dashisha, according to the media center of the Kurdish People’s Protection Units (YPG).

Kurdish activists confirmed that US-backed forces captured the villages of Rijlat al Hamzah and Madinah during their advance. Currently, SDF fighters are only 7km north of the key area of Tuwaymin near the Syrian-Iraqi border. 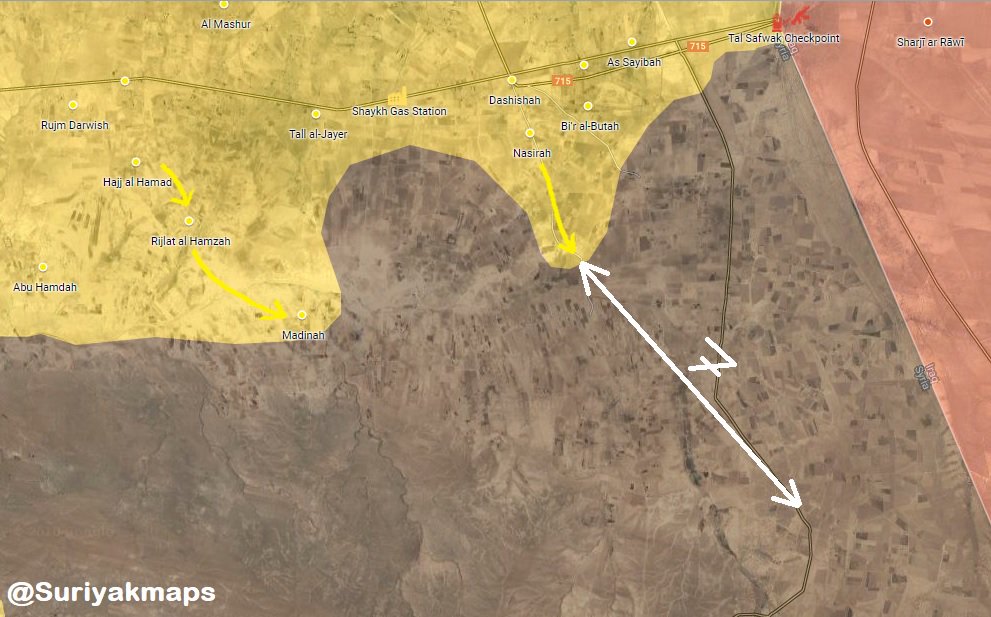 The US-led coalition launched its military operation against the remaining ISIS fighters in the area of Dashisha on July 3. By July 17, the SDF managed to enter the town after heavy clashes with ISIS forces.

The current offensive of the SDF is aimed at eliminating a large pocket of ISIS, which spreads between the southern al-Hasakah countryside and the southeastern Deir Ezzor countryside. US-backed forces will likely need weeks to complete its new mission, as the remaining fighters of ISIS there are highly experienced with desert warfare.