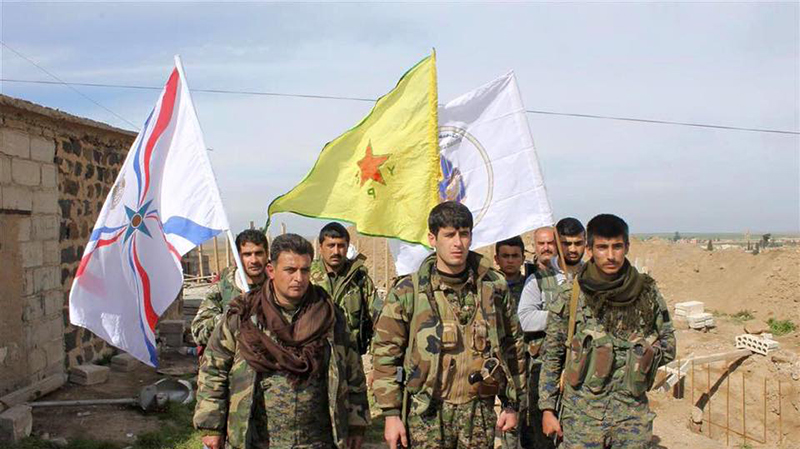 On January 7, the “Syrian Democratic Forces” (SDF) are advancing on the ISIS (Daesh) stronghold of Menbeij in North Aleppo.

Menbeij is located at the Turkish border, west of the Al-Raqqa provicen. If it’s captured, the ISIS’ logistica between the provinces of Aleppo and Raqqa will be almost cut off.

We remember, two weeks ago the SDF supporte by the US Air Force and the Russian Air Force captured the Tishreen Dam in northern Syria.

These are bad guys. Have you read the latest report? US SEALS are on the ground with them as they conquer Syria away from the Syrian people in the name of the faults-christ and his Zionist-supremacist parties and armies… http://faithandheritage.com/ http://realzionistnews.com/ http://www.dailystormer.com/

I’m confused: what are the “Syrian Democratic Forces”? Judging on the photo one would think that the Kurdish YPD and allies, this also matches the geography mentioned (as per maps in other SF reports) but I’m surprised to learn that the USA has been helping them in any meaningful way, and that they are doing that in agreement with Russia. How real is this and what implications does it have for the relationships between Washington and the local DAESH supporters, namely Turkey, Saudi Arabia and the lesser Gulf States?