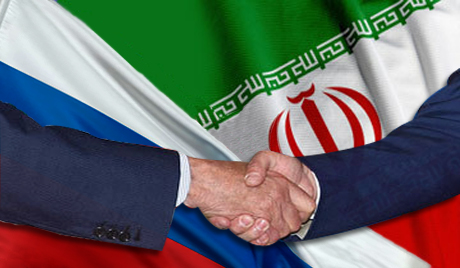 While ‘the West’ is largely accused of orchestrating, directly and indirectly, the present phase of the conflict in the Middle-East, aided and abetted as it was (and still continue to be in many ways) by some of its ‘oriental allies’ like Saudi Arabia and Turkey, ‘the East’ seems to have taken on the responsibility of clearing the mess.

The mystery of IS’s ‘Toyota army’, that was recently resolved as it was revealed that the US did supply so many of Toyota pick-up trucks to what it believed was ‘free Syrian army’, had added substance to the role the US specifically played in setting Syria on fire.  It has effectively put to test the theory of “non-lethal” supply and aid to the “moderate rebels”— a theory that the US continues to tacitly defend amid Russian campaign against IS.

As far as ‘the East’s role as well as its position is concerned, on the one hand, Russian air-strikes have IS on the run, on the other hand, Iran is also being gradually brought into a mediator’s position to end the conflict. Suddenly, ‘the West’ seems to have ‘discovered’ the potential role Iran can play in this behalf.

While Iran was not even close to playing a mediator’s role in the UN-sponsored Geneva 1 and Geneva 2 conferences held in 2012 and 2014 respectively to find a peaceful resolution of the crisis in Syria, the Iran-nuke deal seems to have enhanced its international prestige as it has now been “encouraged” by the UN Secretary General to convince Assad to bring a peaceful resolution to end the war.

Francois Nicoullaud, France’s former ambassador to Tehran, was also reported to have said that Iran’s role in a diplomatic solution for Syria was no longer disputed.

“The Russians are bombing, but we now need to occupy the land and the Iranians will play a valuable role,” he said, indicating the nuclear deal had been a catalyst.

“Iran as a key player in resolving the Syrian crisis is clear in the minds of everyone. The Syrian army is out of breath,” he further added.

While Assad and his army may tend to disagree with Francois’s assumption about the Syrian Army’s position as it has already launched a fresh-ground attack against IS and gained significant success, his remarks also clearly fail to appreciate fully Iran’s own interests in Syria and how the Islamic Republic’s interests put it, as one of the leading countries, in the camp that opposes ‘the West.’

A military solution of Syrian crisis, said Iran’s foreign minister Mohammad Javad Zarif in his last Monday meeting with Ban Ki-moon, is out of question. It needs to be solved through a political settlement. His four-point peace formula, therefore, includes a national unity government, ceasefire, anti-terrorism effort and constitutional reform.

Notwithstanding Zarif’s formula for peace, it must be taken into full consideration that Iran, just like Russia, is not ready to agree to any proposal that includes a minus-Assad clause. With Russia and Syrian army reportedly making huge strides against IS, the West’s, as also Saudi Arabia and Turkey’s, insistence on a minus-Assad formula seems to be losing its ground.

In fact, If Syrian army, assisted as it is being by Russia and Iran alike, succeeds in eliminating IS, how will ‘the West’, itself supposedly fighting against IS, be justified in demanding for Assad’s exit?

How rational would it sound to demand a regime’s exit that might have rid the word of a menace that ‘the West’ itself considers “seriously threatening” and, in Obama’s own words, “a wake-up call?”

Contrary to it, the fact that ‘the West’ continues to make such a demand reflects its inability to come to terms with the rapidly changing ground situation in Syria.

In simple words, a chasm remains between the thinking of Russia and Iran and that of the US and powers such as Britain, who have said Assad must agree to an exit from power, even if it takes years. The West says Assad’s barrel-bombing of his own civilians means he has lost any legitimate claim to long-term rule. Therefore, the US is prepared to engage in an immediate dialogue with Russia to promote a peace agreement that would see Assad removed from power, stated John Kerry.

Iran and Russia, however, say their military cooperation with Assad is about ridding Syria of the self-styled Islamic State group, rather than regime change. The primary task of the Russian operation in Syria is “stabilizing the legitimate authority in this country and creating conditions to look for political compromise,” President Putin said in a recent interview to a Russian news channel.

For Obama, however, “the reality” is somehow different, or one might say, he chooses to present it in an inverted manner. “The moderate opposition in Syria is one that, if we’re ever going to have a political transition, we need. And the Russian policy is driving those folks underground or creating a situation in which they are [debilitated], and it’s only strengthening IS.”

In such a scenario, it appears to be only a political trick to woo Iran into playing “its role” in bringing peace in Syria and in the Middle East at large. For the West, choice of Iran as a mediatory is a tactical one in the sense that it might help (only supposedly) them reduce Russian role in Syria.  Whether it happens or not is a moot question. Iran’s entry as a mediatory, invited as it is by ‘the West’, will certainly leave an inevitable impact on the over-all regional scenario.

While Russia and the US clearly diverge on everything from the bombing of IS and the resolution of the conflict in Syria, Iran and the US too do not seem to have in common either. It is a common knowledge that along with Russia, the Islamic republic shares a strategic interest in preserving Assad’s rule — contrary to Western demands that he give up power — as Syria is a gateway to its Lebanese ally Hezbollah.

Iran has given military and financial support to Assad, including sending generals from its Revolutionary Guards as military advisers, some of whom have been killed. Hezbollah has done much of the fighting to prop up the Syrian military, though the commander of Iran’s Quds Force, the Guards’ foreign wing, is said to be heavily involved in guiding the military strategy.

This being the case, were Iran to be included in this “peace process” and, at the same time, if it were to be seen as the only major power supporting the Russians and the Syrians in Syria, it would paint the situation as a Shia-Sunni conflict (which it is in many ways) with Russia taking the side of the Shias, and the West taking the side of the Sunnis. In addition to it, it will further reinforce the situation as ‘the West’ vs ‘the East’, battling for influence in the Mid-East.

Iran as well as Russia, given their fight against IS, might well find it suitable, at the moment, to side-line the Western demand for a minus-Assad formula.  Iran and Russia are more committed to defeating the Islamic State, which both countries see as a greater threat, rather than to bring an end to that crisis that ‘the West’ believes exists due primarily to Assad regime.

IS fighters have come within 25 miles of Iran’s borders; and Tehran does not want to see a redrawing of the map of the Middle East—for political, economic, military, and sectarian reasons. Russia fears a spillover of Islamic extremism to Muslims at home. Putin did acknowledge on ‘60 Minutes,’ program two weeks ago that more than 2,000 fighters from Russia or former Soviet republics had joined IS. “There is a threat of their return to us,” Putin said.

This being the case, the topmost priority of the US and its allies and those of Russia and Iran should be to buckle down to eliminate IS. However, such a scenario seems to undercut the West’s interests in the region.

As David Cameron said, “I know there are people who think IS are even worse than Assad, so shouldn’t we somehow cut a deal with Assad to team up and tackle IS. It sounds enticing, but even if it were the right thing to do, which it isn’t, it wouldn’t work. We need a Syria free from IS and Assad.”

In other words, Cameron wants to have a cake and it eat it too.

Tags:iran, russia, syria, the us