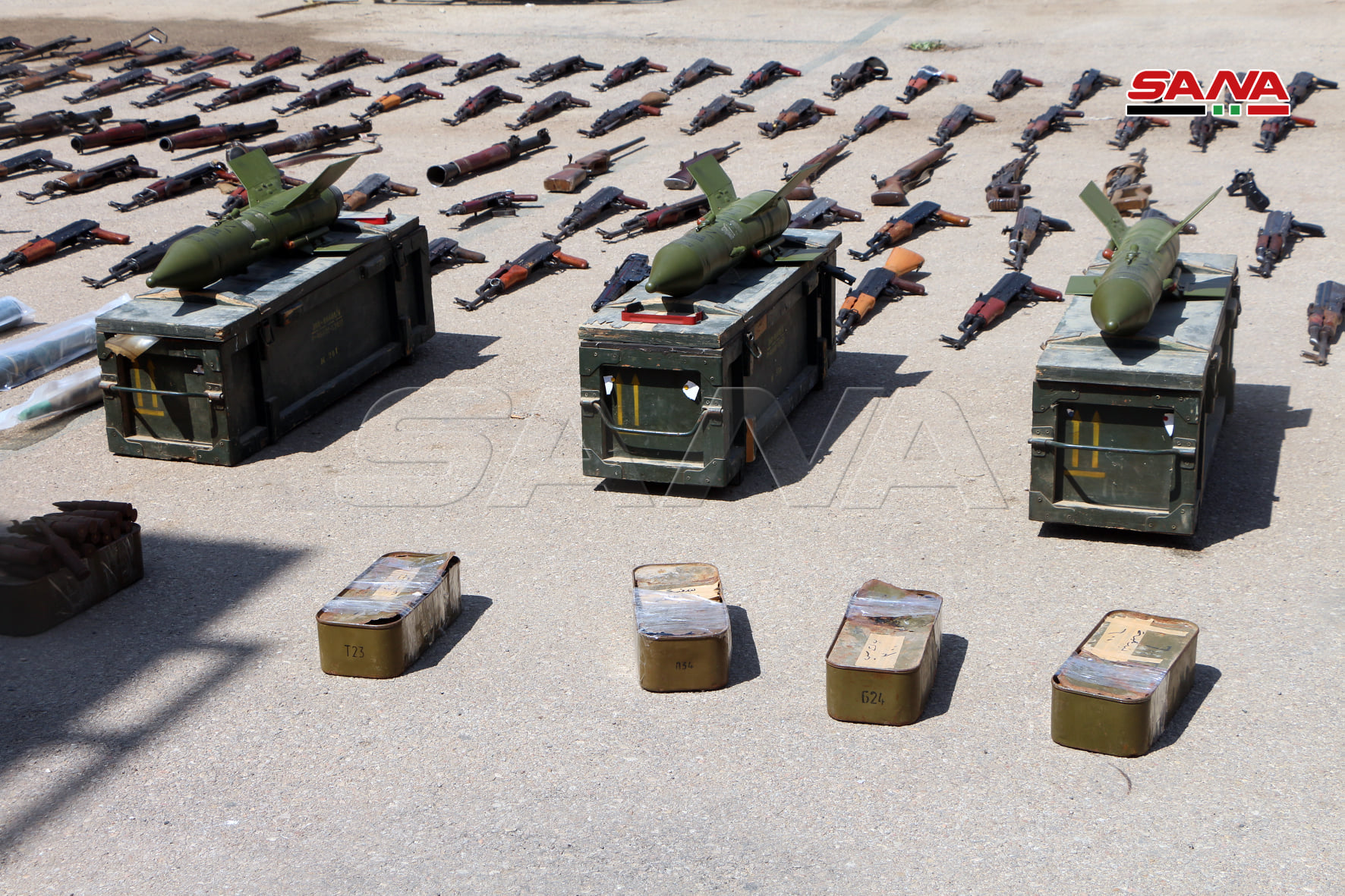 Syrian authorities have uncovered loads of weapons in the western Daraa countryside, the Syrian Arab News Agency reported on March 28.

A security official told the state-run agency that the weapons were uncovered during an ongoing combing operation in the region. According to the official, the locals provided information which helped uncover many of the weapons.

The weapons included dozens of assault and sniper rifles as well as a number of anti-tank rocket propelled grenades, including several rounds for the Czechoslovakian-made RPG-75. 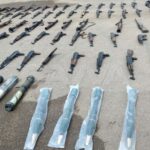 RPG-75 rounds can be seen on the left side, Click to see full-size image 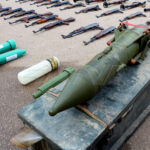 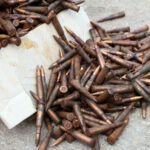 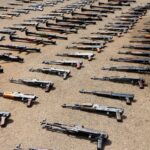 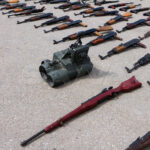 A sight for the TOW ATGM, Click to see full-size image 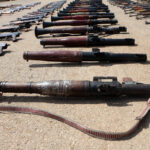 Last month, former rebels in western Daraa accepted a new reconciliation agreement. The agreement allowed Syrian government forces to carry out combing operations in the region. On top of that, the former rebels agreed to hand over their remaining heavy weapons.

In spite of the agreement, the situation in western Daraa remains unstable. A recent ambush in the region claimed the lives of more than 20 Syrian service members. Many of the victims were former rebels.

Great job, and “many of the victims were former rebels” im not sure if i should still feel bad for them lol

Assads found their own weapons again. Next will be some experimental gold Armata sold to Russia as an antique artifact.

No, these are all ex Soviet expired Ukrainian and ex-Warsaw pact stocks, dumped by the CIA in Syria using camel jockey/ guppu/ shyster services. Serials can be traced to dates of manufacture/ issue. You think everyone is this gillible? Come on man…..lol

Some link would be nice:)

hundreds on the net:

Nice link even biased a lot.

Not as biased as your paid for comments Jens.. NO !! credibility loser..

US, IDF, NATO (turkish) terrorist arms caches are found all the time. Ammonium nitrate and diesel and sarin producing chemicals all coming in from the terrorist Al-Qaeda shit-hole of turkey. Russia/ China/ Iran need to quit playing nice and stop this shit.

I hope You are no cook

You are the only one here that cooks up your paid for comments..

you can’t cook even boar, as we say……last time I saw turkish guppu cook boar in NK. They were eating it after he eat their dead after Armenians killed them…..lol. You want me to post the vid?