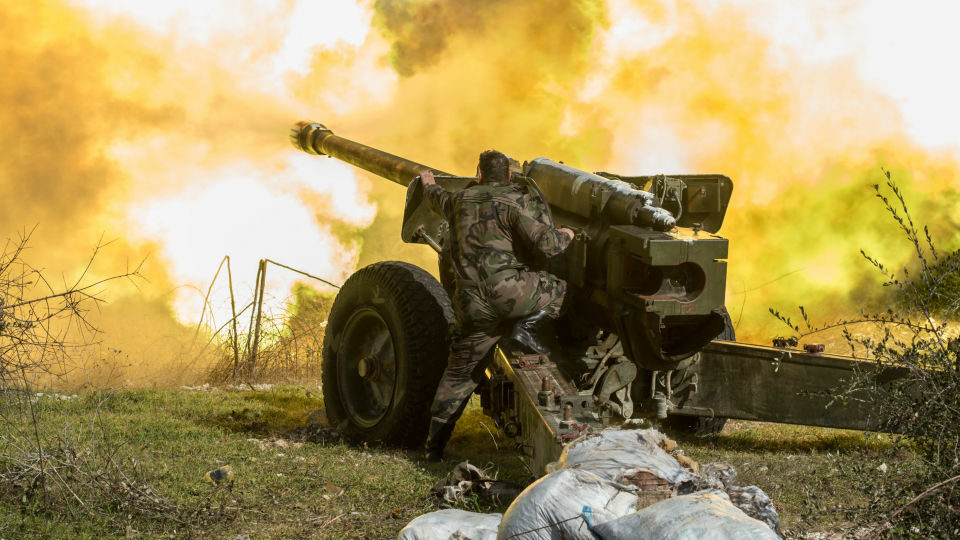 On November 12, the Syrian Arab Army (SAA) carried out a series of artillery strikes on the northwestern region of Greater Idlib which is occupied by several factions of al-Qaeda and Turkish-backed militants.

The strikes targeted militants’ positions in the outskirts of the towns of Benin, Ruweiha, Kafar Aweed, Fatterah and Sufuhon within the mountainous area of al-Zawiya in the southern countryside of Idlib.

According to the Syrian Observatory for Human Rights, two militants were killed near Benin and Ruweiha. The London-based monitoring group said that the militants were fighting under the banner of al-Fateh al-Mubeen, an operations room led by al-Qaeda-affiliated Hay’at Tahrir al-Sham (HTS) that coordinates all military actions in Greater Idlib.

The SAA’s deadly artillery strikes were likely a response to recent violations of the ceasefire in Greater Idlib by HTS and its allies in the al-Fateh al-Mubeen operations room.

In the first week of November, HTS and its allies carried out a series of attacks on SAA positions in the northwestern Hama countryside. At least seven service members, including three officers, were killed in the attacks. In response, the SAA and the Russian Aerospace Forces targeted several headquarters and training camps in the western outskirts of Idlib city, killing or wounding dozens of militants.

Despite all recent violations by HTS and its allies, the ceasefire in Greater Idlib, which was brokered by Russia and Turkey more than two years ago, is still holding up. None of the warring sides appears to be interested in a new confrontation in the region. At least for the time being.

I hope they clean out the zio scum fighters in Ukraine quicker then they’re doing in Syria. If not, we’re in for a long one. Then again, maybe longer will work out better. Who knows.