Tens of terrorists were killed and wounded in attacks of the Syrian Army on gatherings of terrorist groups in various parts of Damascus province. 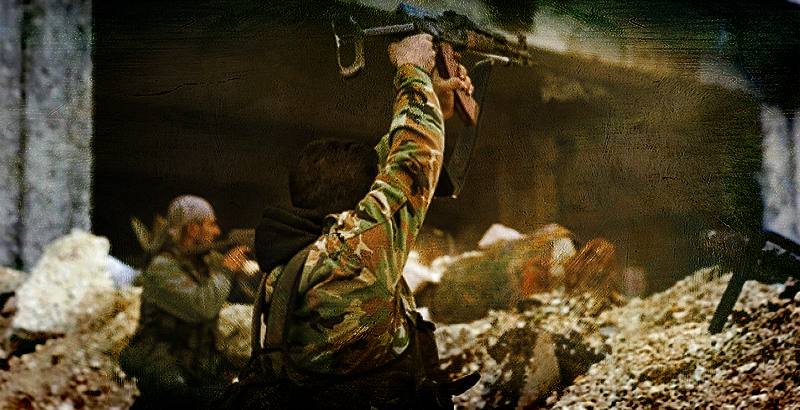 The Syrian Army launched several attacks on gatherings of terrorist groups in various parts of Damascus province. As a result, tens of militants were killed and wounded, while their military hardware was destroyed.

Concentration centers of terrorists, stationed in al-Kasarat al-Manqoureh region, were hit by Syrian troops, who managed to destroy a number of militants’ vehicles and kill their crews.

Units of the Syrian Army also launched an attack on a vehicle of terrorists in al-Maramel al-Hamra region on the al-Qalamoun al-Shaqi mountain. As a result, all militants, who were in the vehicle, were killed.

At the same time, terrorists’ strongholds on the al-Qati’eh mountain also became an object of an attack of Syrian troops. At least ten terrorists were killed, while more others were wounded.

Engineering units of the Syrian Army carried out a clearing operation on al-Naseriyeh-Tadmur road in order to pave the way for further advances of the government forces in the region.

In addition, on Thursday, a new stage of military operation was started by Syrian troops from the two towns of Hawsh al-Fazaliya and al-Balaliya towards Hazarma and al-Nashabiya towns. As a result, a number of farms, located near the towns in eastern Damascus, were cleared from terrorists, whose defense lines in the region were shattered. Terrorists suffered heavy losses.

Terrorists, stationed in the town of Harasta, violated the ceasefire and attacked a market in the area. However, their offensive was repulsed by Syrian troops.

In recent months, the Syrian Army managed to liberate large parts of Eastern Ghouta. However, at the moment, a number of towns and farms, including the main stronghold of Jaysh al-Islam, Douma, are still under control of terrorists.