The Syrian Army’s advances in Idlib and Hama have been continued. As result, over three dozen terrorists and their leaders have been killed in fierce clashes. 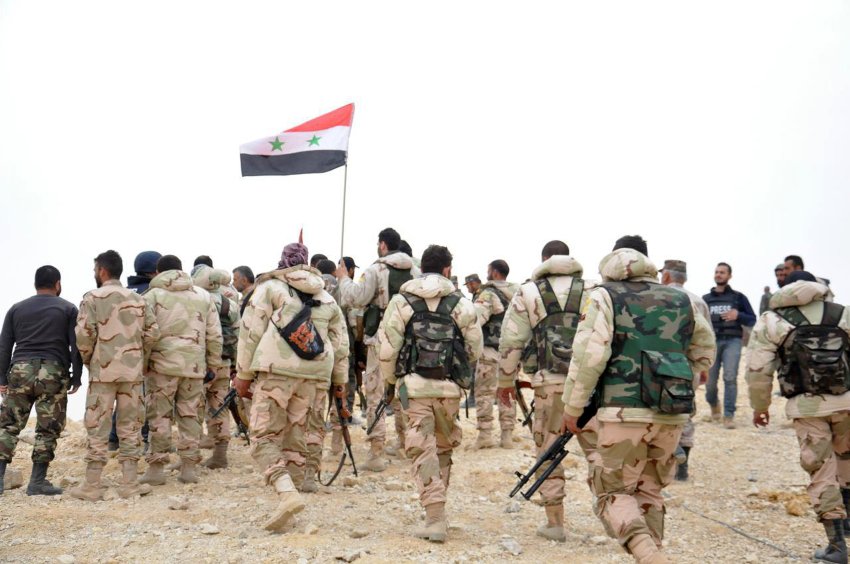 The Syrian Army continued its advances in Idlib and Hama, killing over three dozen terrorists and their leaders in fierce clashes.

The Syrian Army’s artillery attacks on terrorists’ positions and gathering centers, as well as on their supply routes in Idlib and Hama provinces, killed at least 40 terrorists, including their battlefield commanders. The killed terrorists were members of the Ahrar al-Sham, the Jund al-Aqsa and the Ajnad al-Sham terrorist groups.

According to battlefield military sources, at the same time, the Syrian Air Force targeted the terrorists’ military positions in Tal Merei, to the west of al-Lataminah, Tal Skeik and to the west of Atshan in the northern part of Hama province near the provincial border with Idlib. The sources also added that the terrorists’ sites to the east of Khan Sheikhoun, al-Sheikh Mustafa and to the east of Ma’aret al-Nouman in the southern countryside of Idlib were also hit by Syrian fighter jets. The Syrian airstrikes destroyed at least 11 military vehicles of the terrorists.

The terrorists’ military positions in the surrounding areas of the village of Atshan to northeast of Hama were targeted and destroyed by the Syrian army’s ground force, while different regions in the town of al-Lataminah were struck by the Syrian Air Force. The ground troops also advanced in several districts of al-Lataminah town, being under the cover of the Air Force.

The Fatah al-Sham Front (previously known as the al-Nusra Front) tried to take control of the al-Zara power plant in the southwestern countryside of Hama, but the Syrian Army pushed them back. A BMP vehicle was also destroyed by the Syrian army in al-Madajen Front to the north of the village of al-Zara.