The General Command of the Syrian Arab Army (SAA) warned on February 22 that any violation of the country’s airspace will be dealt with as a “foreign military aggression.”

“Any aircraft that violates the Syrian airspace will be treated as a hostile military target that will not be allowed to fly over our airspace, it will be tracked at the moment of its discovery and we will work to destroy it once it penetrates our airspace,” the statement reads.

The SAA’s warning appears to be directed against Turkey, whose forces are amassing in the northwestern Syrian region of Greater Idlib.

Two days ago, Turkey and its proxies, including al-Qaeda-affiliated Hay’at Tahrir al-Sham (HTS) launched a joint attack on SAA positions in southern Idlib. The army, supported by the Russian Aerospace Forces (VKS), repelled the attack within a few hours.

Despite sustaining catastrophic losses in their attack, Turkey and its proxies are now apparently preparing to launch an even larger attack. This time, however, Ankara may attempt to use its air force.

The Turkish Air Force (TAF) operates dozens of advanced f-16 fighter jets. However, the SyAADF maintains a tight grip over northwest Syria thanks to a network of air-defense systems around the region, including at least one S-300PMU2 battery deployed in Hama. The SyAAF could also provide support with its upgraded MiG-29SM warplanes.

A Turkish aerial attack on SAA positions in northwest Syria could provide Ankara’s proxies with the support they need to advance again. However, such a move will for sure come with a very high risk. A battle in the sky could ignite a full-scale war between Turkey and Syria.

Erdogollum is dumb as a rock.

His stupidity is beyond any scale and repair.

He, as a Dönmeh Jew, is just doing what the Zionists, and christian Zionists, and what ever mad religious zealots told him to do. That’s his job – to make the whole region go up in flames – including Turkey. And for what ever reasons, or what ever the Turkish people think – that he want’s to free Palestine, or to fulfill mad Mahdi prophesy (as the fake Israel-Nato ISIS) – they are in it, because of their support for Israels man Erdogan, and they will be part of those flames. Why they are running with seeing eyes and cheering into this, is beyond me…

he is muslimbrotherhood and zionist ally, only fights Israel with words, words that are only allowed to be heard.

He’s just another cog in the line, the machine does not need him.

Erdogan is suffering from “clay-brain” disease. 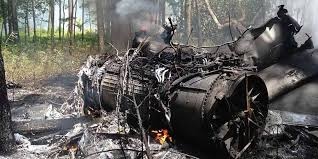 The Turks and the Russians Should be Enraged.

Is this for real?

Russia needs to drive to Constantinople. USA should control the Black See……..

USA can’t control Black See by default. Their ships in Black See are nothing other than a sitting duck and they know it.

Israel laughs at your hollow threats.

Blow up the thing between the dead see and the medeteranian

We all laugh at your butt ugly face. :)

At least these are not censored. Its very important to spread non-censored images, because people need the shocks seeing reality as it is.

lmao they got fucking massacred hahahahahhahaha

Let them shoot on IAF jets like before if they dare, we all know how it will end. The IDF will crush the SAA and Iran in Syria if they face us in an all out war, and even Russia won’t save them.

Didn’t the Syrians knock down one of your jets about a year ago which is why you no longer fly over Syrian territory, you Jew fuckwit!

Mikael
Reply to  The Man

It is not jew . It is only a zionist , an antisemitic satanist .

What’s in a name? They just keep bumping off your friends with impunity regardless of what name you prefer.

And yet the body bags just keep flowing back to Iran and Lebanon as Israel just keeps bombing Islamist Iranians and their lap puppies, Hezbollah, with impunity all over Syria. Try to keep up, AH.

When the Zionist regime invaded Lebanon, it was defeated by the Hezbollah, which had no airforce and nor even armored vehicles… IAF and IDF seem to be only “good” (evil) at murdering the innocent indigenous habitants of Palestine to steal their land and houses.

We will give you a real reason to cry about in the next war, whoever supports Hezbollah and helps them in Lebanon will die, there will be no mercy.

We know you are arrogant but we also know what Hezbollah did to you in 2006. IDF is not all that

Then trust Hezbollah, put your money on them then. I don’t have to convince anyone here, the more Israelis die the more destruction upon Lebanon.

Hezbollah can at any time end Israel. They have enough missile power to level Tel Aviv and Haifa.

You have such delusional wet dreams. But if ever that is tried, there would be little left of Lebanon. And if need be it and Islamist Iran, who would be the sponsor of the attacks, might all glow in the dark.

Unlike you and yours, Israel follows through on its promises. And if you were such big guy winners, why is the potential Palestinian State always shrinking? Soon all that will be left to witness is a second Nakba.

“Israel follows through on its promises. ” … LOL! You’re funny hasbara troll. You should quit the propaganda game and take up comedy instead.

I’ve not noticed Damascus deterring the Israeli Air Force recently, so have absolutely no idea how they would do so with regards the TAF.

We don’t give a shit about their threats, if they help Iran then they will both be targeted.

In real life, I bet you are just a cowardly wimp who likes to project being somebody. :)

How’d that fight with the Hezbollah work out in 2006 ?

Very well thank you, many of them roasted like BBQ. It took just 10K soldiers and one month to break them, a small operation in our standards. As you can see, they have been quiet since then.

They won’t breathe enough time to shoot all of those, trust me.

Like I said, they won’t live long enough to do it, and also the people in those villages where the rockets are fired from.

That’s what you said before the 2006 debacle. Why should anyone believe you now?

You don’t have to believe it, you just need to sit and watch when the time comes.

We did in 2006 and it was glorious watching Hizbollah humiliate the IDF.
They’re more dangerous now, so the next war is going to be an even bigger defeat for you zionist reptiles.

Not so well, actually. It took total mobilization of IDF + callup of reserves + resupply from USA stockpiles to enter Lebanon, get defeated and humiliated by Hezbollah’s 2nd string fighters, and limp home with your tails between your legs. Next time the fight will come to your homeland, and the entire world will rejoice as you are decimated and driven into the sea.

Youbbroke nobody, liar.
You lost that war.
You killed a lot of civilians, even UN staff.
Hezbollah kicked your asses with only one battallion and zero air support.
Your ground forces were cooked like roast pig in their merkavas.
In the end you had to run to Uncle Sam to get a ceasefire.

Israel is one of the safest country to live,but that don’t mean you have to act like demented unsure what sex to be psuedo feminsts on meds,get a grip wheres the gratitude? Considering iran is nothing by a barking dog,be gratefull erm ziogs run iran!

Iran will leave Syria dead or alive, we won’t let them open another front.

Zionism is dead, a zombie.

If you say so, we’re still here.

News, Rusty: Iran is *all over the place*. They have you surrounded from the Red Sea to Iraq and that noose gets tighter every day. There’s nothing you can do about it …

Not yet anyway, till you will see a new patriotic Israeli governemnt taking some real actions in Syria.

Your new patriotic government of fake hebrews are going to get smashed if they try crossing into Syria. All you can do is keep up the pathetic pinprick attacks your expensive Airforce manages to shit out.

You were saved you fucker, stupid Israelis listened to Bibi’s fake threats and voted for him.

If Turkey dare to cross the airspace, it would have long done it since 2013, after it shot down one RuAF Su22 & get warn by Russia.

Sounds like dog fight on the horizon or anti aircraft against such,economics?

Syrian military forces should deploy bomb planter’s,sniper battalions,manpads battalions,signal battalions,paratroopers,airforce,defence systems operators.But all forces should be able to operate in all battalions and engage enemies attacks like a trooper.If eny terrorist start preparing for attack resort to preamtive attack to disengage the enemy.Turkey army should be restricted to avoid entering or moving on Syrian land.

Any meeting or telephone call between Putin and Erdogan should call for complete Turkey withdrawal 9r face the consequences. No more Turkish soldiers allowed on Syrian territory.Syria reserves the right of self defence in own country.USA control UN should request Erdogan to moving his heavy artillery and weapons 30 km away from Syria n border.

Nothing to worry about my friend, Russia air force is far too effectiva and darger than NATO (Turkey) air force, and the Russia intelligence can see and predict any Turkish motion. So, one must expect another catastrophic attack of Turkey and its terrorists, and this one must trigger the continuation of SAA-Hezbolah-Iran-Russia ground troops.

ERDAGOON IS A TOTAL IRRATIONAL MONSTER

syrialivemaps showed Turkish aircraft operating over Aleppo on friday, and they also stated a Russian aircraft chased off a Turkish F-16.

An air battle might be Russian Aerospace Force against Turkish Air Force. It’s interesting if it will happened. The event is the scale who’s fighter jets prevail in the air. (US or Russian made).

Well, maybe they can do better against Turkey than they have been doing against Israel.

What happening to Turkey will shortly happen to Israel.