The Syrian Arab Army (SAA) uncovered on August 31 a mass grave in the newly-liberated town of al-Lataminah in the northern Hama countryside.

A military source told the Syrian Arab News Agency (SANA) that the remains of ten people have been recovered from the mass grave, which was uncovered thanks to information provided by the locals.

“Three years ago, terrorist groups kidnaped the martyrs from several areas, killed them then decapitated their bodies and buried them at the Marmalah site,” the state-run agency quoted the source as saying.

Al-Lataminah was a stronghold of Jaysh al-Izza and its close ally Hay’at Tahrir al-Sham (HTS) [formerly known as the al-Nusra Front] up until its recent liberation by the SAA. The two groups were likely behind the hideous crime. 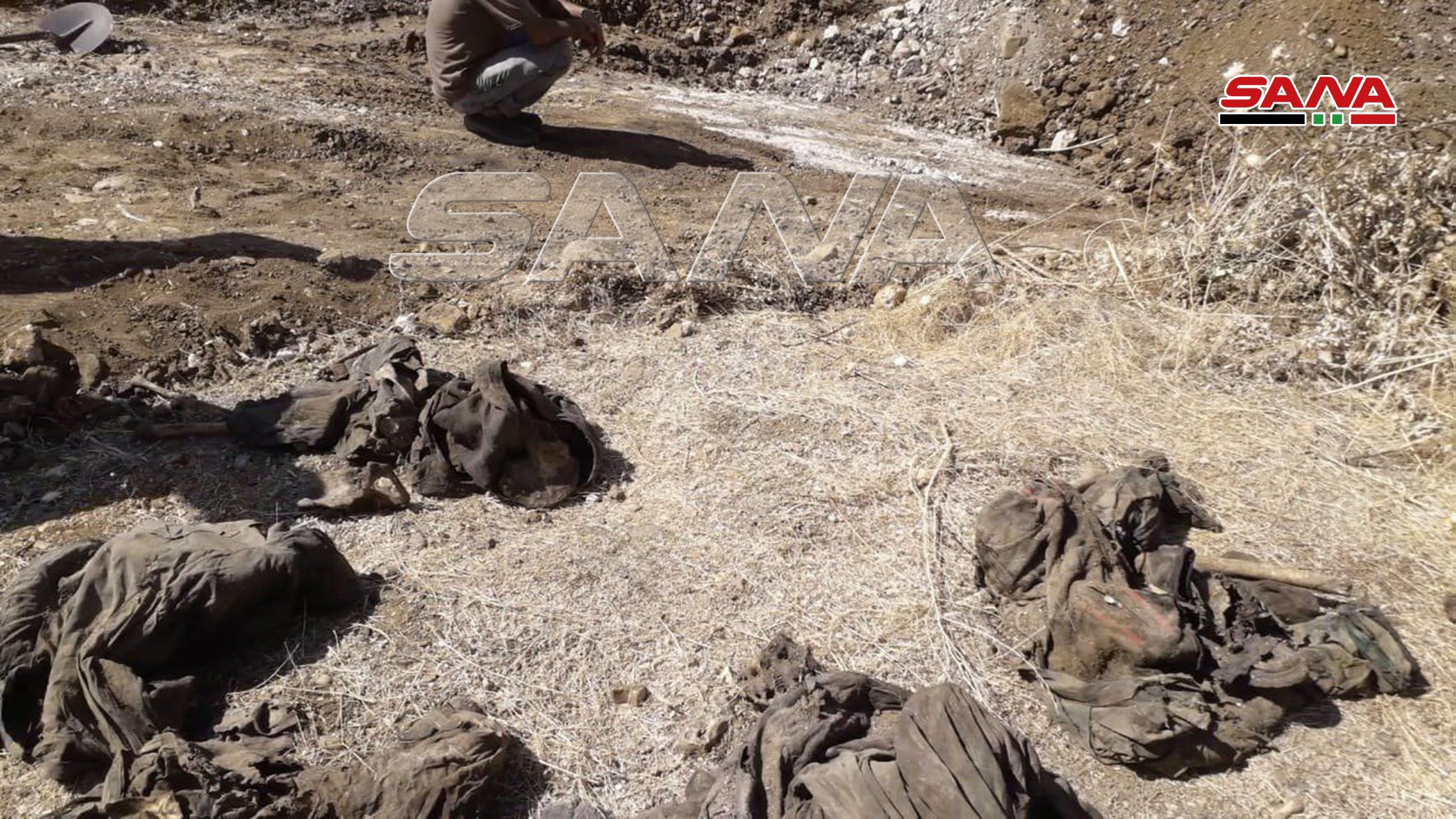 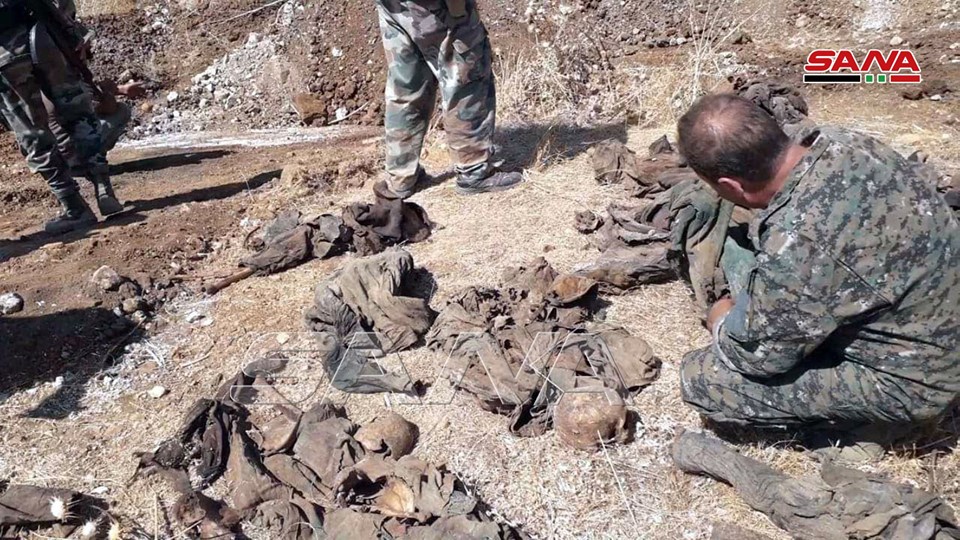 In the early years of the Syrian conflict thousands of civilians and military personnel were abducted throughout the country. The fate of many of them remains unknown to this day.

What did they expect from the headchopping cowardly terrorist scum?

All these rats were always armed and directed by the mossad, and they always slaughtered Christians.

That’s because Israeli organ traffickers insisted on Christian organ ‘donors’ for some reason.

Deathly silence from the corp-0-rat media and state broadcasters.

Because it doesn’t fit their narrative that Assad is the Evil One who is butchering his people.

Who is paying you ? You just repeat what CNN is saying.

I think he us just describing the hostile propaganda used against Assad.

Assad the butcher…now who is real butcher?

Truth about how many of those mass graves are in Syria will never be know.

Not a single word on this in news. They’ve been killing people for very very long time, unpunished. SAA suposed to take some POWs with informatikn.

Yes, thousands disappeared even before the war, and were killed by regime police and secret services. Alas, no side is better than the other.

perhaps government officials have some evil people, but the SAA is a people army and many news of regime police are fake news and propaganda by MI6 Mossad CIA which control mainstream media. remember MH17 evidences of Ukronazi shot down the airplane was and is covered with all means by CNN, Fox, and all the rest of evil sellers of shit of mainstream. do you remember WMD of Iraq? also now they search for a non existent chemical lab or stockpiling of chemical bombs (that we can find easily in UK Salisbury lab) or do you remember of several chemical attacks by SAA? we are yet in the field searching evidences inexistent

For things like that, i do not understand why Erdogan supports terorists against Syrian legitimate government. Erdogan should work with the SAA not against it.