The Syrian Arab Army (SAA) uncovered several weapon caches in the course of recent combing operations in the countryside of Damascus and Daraa, the Syrian Arab News Agency (SANA) revealed on May 22.

“During the continues combing operations in the villages, which were recently liberated from terrorism, in the countryside of Damascus and Daraa, the army uncovered quantities of weapons and ammunition, some are U.S. and Turkish-made,” an officer in the army told the state-run agency.

The caches included loads of weapons, including: Some of these weapons, like the Ra’ad ATGMs, were stolen by the Free Syrian Army (FSA) from the SAA’s ammo depots in the early years of the conflict. However, other weapons, like the Fagot and Konkurs missiles, were directly supplied to Syrian militants by the U.S. and its allies.

The U.S. supplied these weapons as a part of a secret operation to train and equip anti-government groups in Syria. The operation, which came to be known by its codename “Timber Sycamore,” was authorized by former U.S. President Barack Obama in 2014. Three years later it was paused by Prescient Donald Trump.

Houthis: Wow… we’re getting way better stuff out of the UAE MRAPS… before we burn them. CENTCOM always used to keep their al Qaeda headchopper terrorists in Syria well-stocked with the latest goodies. Guess those days are over – heh! Ship this stuff to us anyway – the kids today can put those Malyutkas right inside the drivers side widow of a Sudanese-filled MRAP from 2000 m. – you can usually hear the Sudanese surrendering just before the explosion. 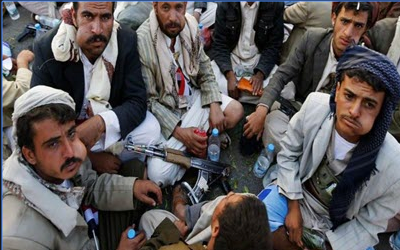 Russia will sell to anyone .

After all of this and………Russia continue pleasing Turkey (NATO member).