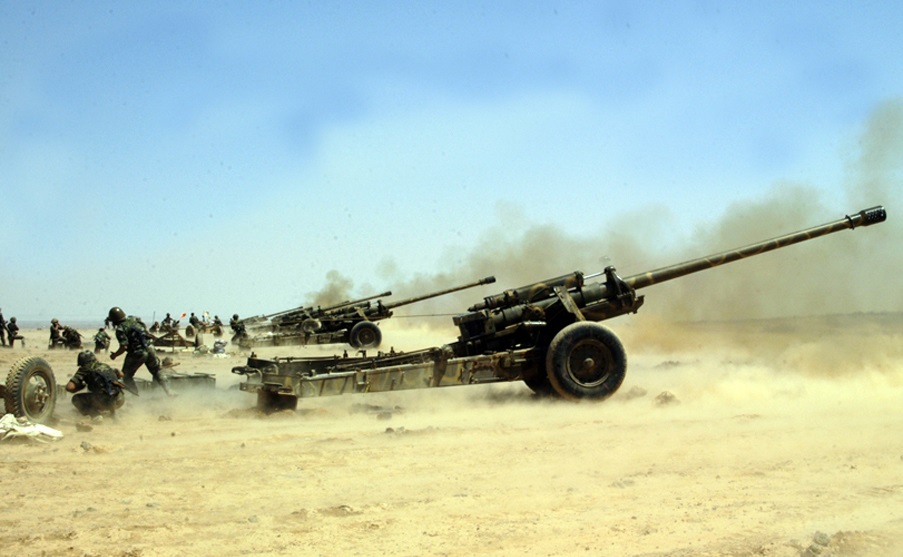 On March 4, the Syrian Arab Army (SAA) and the Turkish Armed Forces exchanged artillery fire in the northwestern Syrian region of Greater Idlib.

According to the Syrian Observatory for Human Rights, the SAA shelled the town of Afes, where a Turkish “observation post” is located. The London-based monitoring group did not report any losses as a result of the shelling.

The SAA artillery also pounded militants’ positions in the nearby towns of al-Fatira, Kansafra and in the outskirts of al-Bara, Fleifel and Benin.

Within a few minutes, the Turkish Armed Forces fired several rockets at SAA positions inside the town of Saraqib. The strike was apparently a response to the shelling on Afes. No human losses were reported.

This was the first direct exchange of fire between the SAA and Turkish forces in Greater Idlib this year. The two sides will not likely escalate any further.

The Turkish Armed Forces have more than 60 posts, bases and camps in different parts of Greater Idlib. Thousands of heavily-armed troops are deployed there.

The ceasefire in Greater Idlib, which was brokered by Russia and Turkey a year ago, is still holding up. At the same time, the region remains unstable. Terrorist groups, led by Hay’at Tahrir al-Sham, carry out provocations on a daily basis.

The Turkish Armed Forces have more than 60 posts, bases and camps in different parts of Greater Idlib. Thousands of heavily-armed troops are deployed there. SF CORRECT !!!

The ceasefire in Greater Idlib, which was brokered by Russia and Turkey a year ago, is still holding up. SF UTTER NONSENSE and BS.

1. Turkey must assure and fight against Groups deemed “radical”, such as the Al-Qaeda-linked Hayat Tahrir al-Sham (HTS), which would have to leave the demilitarized zone entirely

3. The HTS-run Syrian Salvation Government must be dissolved.

1…. from day 1 onwards, turkey is doing everthing possible to help HTS and block any SAA attempt to fight HTS and regain back territory 2. as mentioned in this SF article, the number stands at unfuckingbelievable 60 military turkish posts in idlib. 3. yeah right.

Turkey must continue to defend the last hope of the Syrian refugees. They have a home in Idlib, and Assad shouldn’t be allowed to take that back, even with Russian support.

yeah, and yous got a home in pakistan.

How are your disabilities today?