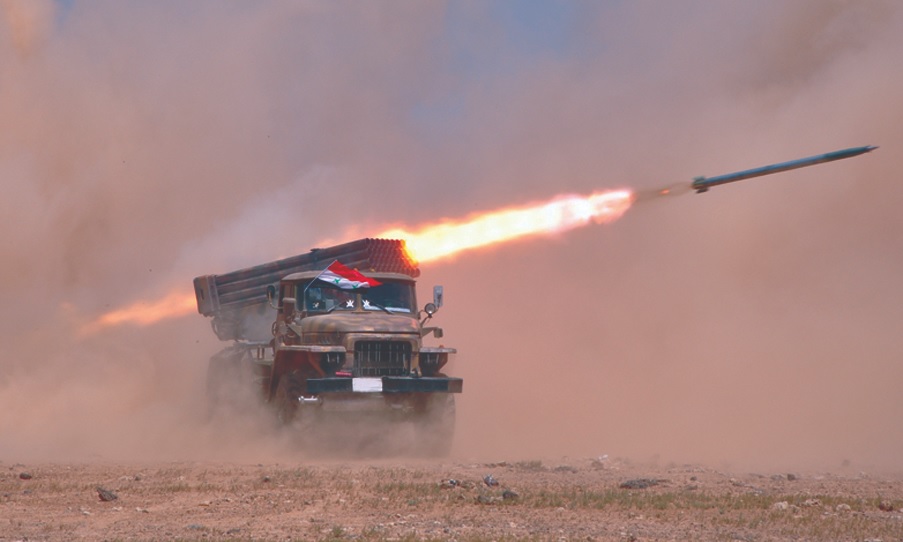 On September 6, the Turkish military and the Syrian Arab Army (SAA) exchanged artillery fire in the northwestern region of Greater Idlib.

In the morning, the Turkish military shelled SAA positions in Saraqib city and the nearby town of Kafr Nabl. No losses were reported as a result of Turkish shelling.

The SAA responded within a few hours by launching a series of rocket strikes on Turkish-backed militants’ positions in the towns of Fatterah, Sufuhon, Kafar Aweed and Kansafra in the southern Idlib countryside.

A day earlier, the Turkish military carried out similar artillery strikes on SAA positions in Saraqib. As a result, a series of clashes broke out between the army and the militants on several fronts around Greater Idlib.

Turkey, which maintains thousands of troops in Greater Idlib, promised to neutralize all radical militants in the region under the March 5 agreement with Russia. This promise is yet to be fulfilled by Ankara.

The SAA and its allies may resume ground operations in Greater Idlib, if Turkey fails to honor its commitments under the March 5 agreement.

The Syrians need to attack the Turks with Rockets not just their proxy terrorists.

SAA is a state army, not a proxy

I am talking about the Turkish proxies.

ooooh, my bad. I read it as if proxies are attacking turks

And HTS just sit back and watch it all. :]

The SAA and its allies may resume ground operations in Greater Idlib, if Turkey fails to honor its commitments under the March 5 agreement.

How many times we hear this? Is this just talk to talk? Or you gonna do something? I would like to see serious operation by SAA in Idlib. Turkey is laready stretched on several fronts, bullying about everyone.