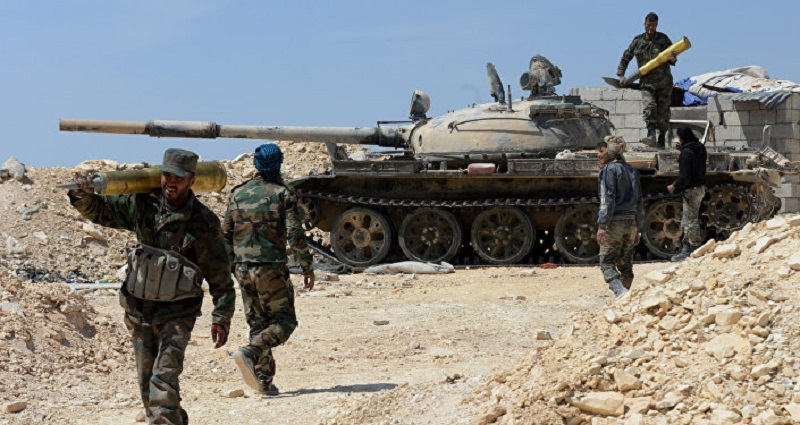 Syrian army troops have reportedly taken full control of the city of Deir Hafer in the eastern countryside of the Aleppo city.

Most of ISIS terrorists had withdrawn from the area without a fighting with government forces. They were able to do this via the corridor in the cross-country northeast of the city which SF noted earlier today.

However, government troops still have to clear the area from mines and IEDs before the city could be described fully liberated.

The best will be to cut off and encircle a large pocket. Looking at the Hama Map, it is possible and that will be a game-changer.

Wew, that was fast. They can run away for now, but all terrorists WILL pay for their crimes.

Though not very important in itself, it is a strategic gain and as such has value.

Now on to take Maskanah and connect to SDF nearTabqa.

I dont know . Some TF are going to Hama . NDF ( No) and Al Baqir can continue

The SAA needs to keep the pressure on ISIS since they’re incapable of stopping them and now in a panic after the SDF seized the southern highway and dam. If ISIS is redeploying fighters all the way from Deir Azzor then they should be removing fighters from Western Syria towards Raqqa before they lose road access thru the Syrian Desert.

I think ISIS have withdrawn most of its forces in Aleppo province . SAA should be able to continue their offensive without TF

Since who is incapable of stopping who?

“…..Western Syria towards Raqqa before they lose road access thru the Syrian Desert” – and that may as well happen for I predicted correctly that the US will cross the Euphrate Rive and they did. Now knowing that they have ISIS boxed in in Raqqah, they might try to move deeper and cut off more road for SAA. To be Frank, I don’t know what the Hell Russian Planners are doing. This is terrible!

if SDF keep east of Aleppo, iam afraid that Syria will lose Aleppo again, SDF have no worth of fighting

It is very stupid to let the ISIS troops go instead of scratch them.