Syrian army troops are now clashing with pro-Turkish militants near the village of Abu Zandin located at the road to al-Bab in the Syrian province of Aleppo, according to some pro-militant sources.

Initially reports about this development appeared in sources close to the Hawar Kilis Operations Room (a pro-Turkish militant coalition formed in the village of Hawar Kilis in April 2016).

However, these reports have to be confirmed still. No photos or videos available online from the area.

If confirmed, it will mean that Turkey has less influence on its proxies involved in the operation in al-Bab than President Erdogan had expected. 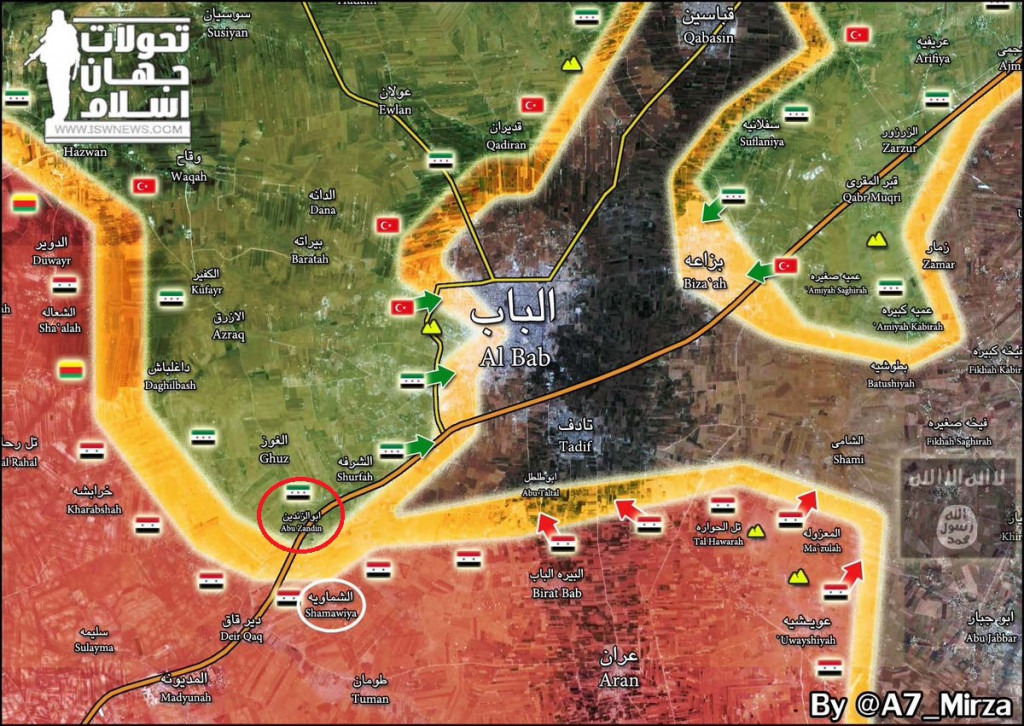 There is a video – from “rebel” side claiming to show clashes. But you can’t see the opposition (SAA) let alone recognise them.

2 soldiers dead from the clashes.

really? do you have any source about this? Its kinda hard to believe this clash when not many news report it.

The Turkey is showing their real objective, the occupation and annexation of Syrian territory, NEVER TRUST, a Turkey.

FSA Shield Euphrates will be Burn as ISIS if they try to Stop SAA Tiger Forces advance into Al-Bab No mercy with The Tiger , no rules