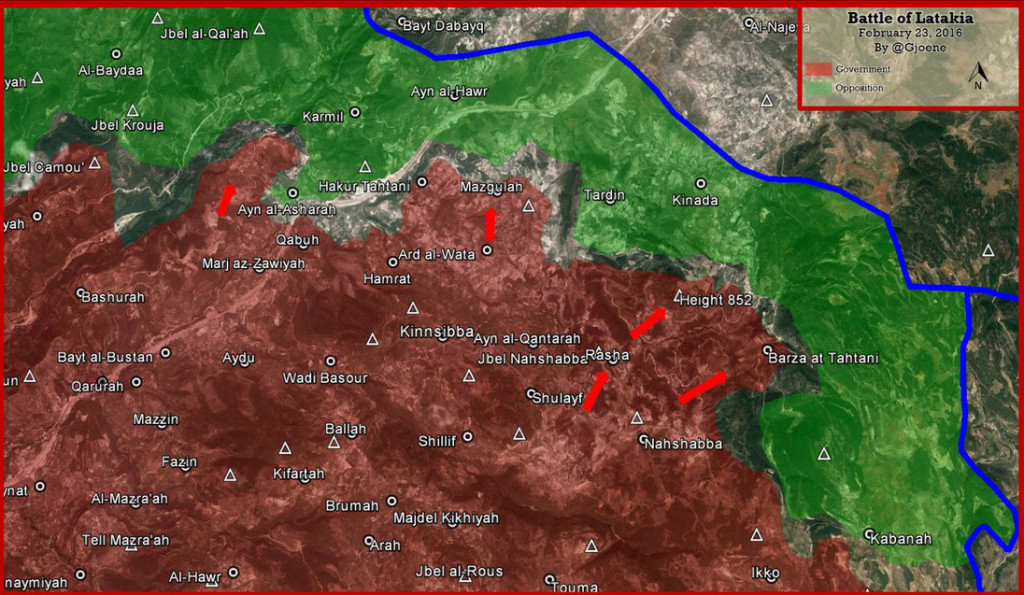 Since the start of their large-scale offensive inside the Latakia Governorate’s northern countryside in October 2015, the Syrian Arab Army’s 103rd Brigade (commandos) of the Republican Guard has concentrated their efforts on recapturing the imperative border-crossings into both Turkey and the Idlib Governorate.

In a matter of weeks, the Syrian Arab Army’s 103rd Brigade was advancing towards the primary rebel strongholds in the Latakia Governorate, capturing every hilltop and village in sight.

Excellent news Syria. Consolidate and then move some heavy stuff into the areas.

This will never happened because Turkey will eventually show their middle finger to Syria.

It is still Syrian territory. Perhaps Russia should arm the Kurds to take over Turkish borders then. Fair is fair.

If the Turks stop picking their collective nose long enough to show their middle finger they may well have it shot off. If they continue to fire into Syria, and send terrorists into Syria to seize ground they will be in violation of the recently enacted UN security resolution, and Russia/Syria will have every right to engage them.