The Syrian Arab Army (SAA) will open two humanitarian corridors with the terrorist-occupied Greater Idlib region in order to facilitate the evacuation of the civilians stuck there, the al-Mayadeen TV revealed on February 15.

According to the Lebanese news channel, the new humanitarian corridors will be established in the town of Miznaz in western Aleppo and the town of Bjariz in southeast Idlib.

The Russian Reconciliation Center for Syria confirmed that new humanitarian corridors will be opened soon, calling on the remaining militants in Greater Idlib to abandon hostile acts and engage in the reconciliation process. 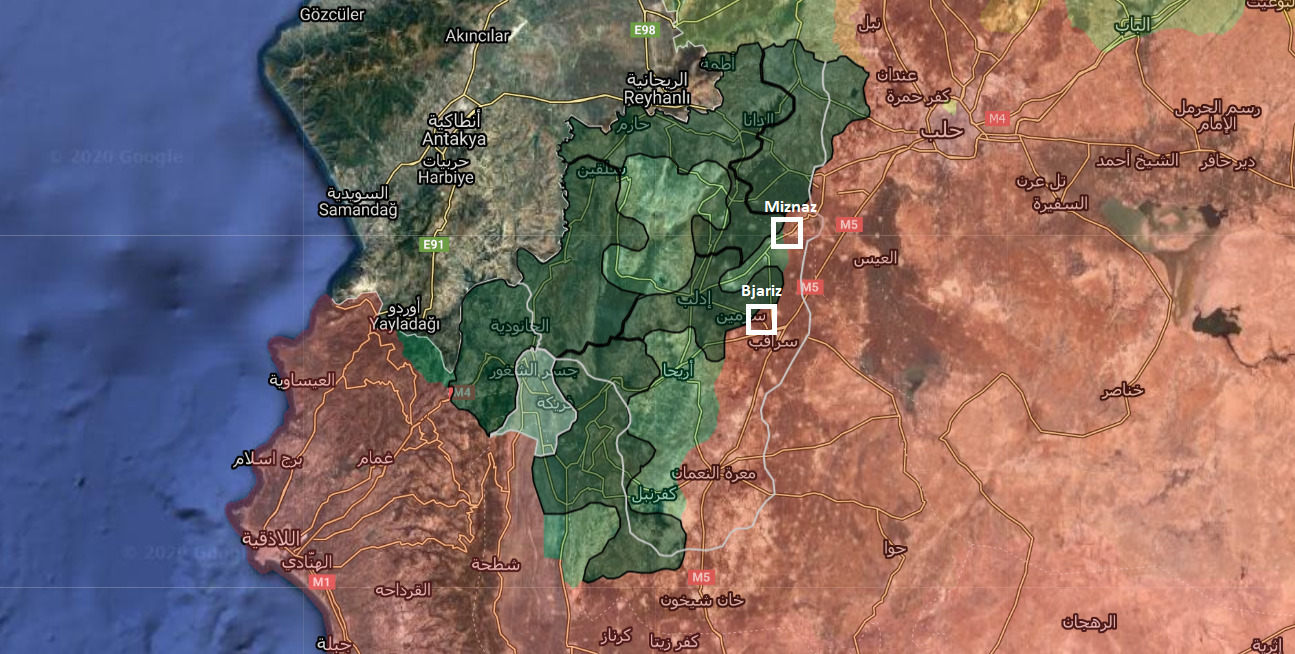 HTS’ rejection of any peaceful solution forced the SAA to resume military operations in Greater Idlib. In a few weeks, the army captured the strategic Damascus-Aleppo highway, formally known as the M5, and secured Aleppo city.

The plans to establish new humanitarian corridors indicate that the SAA may announce a ceasefire in Greater Idlib soon. Such a measure could allow tens of thousands of civilians to return to their liberated towns and villages.

Incredible progress by SAA & allies, and liberating all of west & northwest Aleppo is the perfect response to Erdoghan’s threats and demands for the SAA to immediately withdraw from all areas in which the SAA has advanced. Karma indeed.

The plans to establish new humanitarian corridors indicate that the SAA may announce a ceasefire in Greater Idlib soon. Such a measure could allow tens of thousands of civilians to return to their liberated towns and villages.

Yeah, that was what I was expecting would happen once the headchoppers were pushed away from Aleppo. And probably why the rats fled rather then make their stand. A little disappointed but not surprised. Ah well, this will give that rat Erdogan (no insults meant to rats) a chance to cool off and find something else to get excited about. I’m sure Al Qaida and friends will not surrender, nor adhere to any ceasefire. So expect the offensive to restart a couple of months from now. Or even less. Only if there is a ceasefire of course.

I agree take the initiative, you have 3 million Turkish Islamic party , AL qeida , AL nusra, hayat al sham and NLA, FSA militants and their families on the run, send them over the border before they dig themselves in

I would love to see soon in Anna news or R&U videos how those terrorists burn alive.

That was fucken awesome

Want to keep firing on the SAA … OK

SAA is saying 60% of all the heavy armor the Turks have sent into Syria in the last 10 days has either been destroyed, abandoned or captured … and the imbeciles continue to try and pour more in … The defeat for the TURKS is epic …

The SAA will be be cognisant of their extended supply lines now. The opening of the M4 is vital.

Wonderful, when the sleepwalking brain impaired ‘woke’ see passenger planes in Europe and the US falling from the sky, my retort will be , you get what you pay for and you governments paid for these weapons that are now being used against you by the headchoppers you paid to do your dirty work in the Middle East.

It would be interesting if SAA starts immediately with the recovery of M4 highway.

they have not even cleared the M 5 completely yet, now the highway north of the city to boot … almost going too fast

While militans on the run. SAA should still push West till reach Dar Taizzah, than go south towards Turmanin, Atarib, Kafr Nuran.

they are … pounding everything

Tomorrow we will see.

I am as hopeful as the next guy, well maybe. :D SAA has done news blackout and news delay in the past, but the other side also?

I said last night watch the north .. I never expected it go this go this fast

They taken the Golan and are already besieging Tel Aviv also at the moment.Jerusalem is next tommorow.

don’t laught too much when hezbollah and SAA will finish north where do you think they are going next.

Still pushing west … plenty of troops, food, fuel and ammo … what more do you need ?

The triumph of the Allied forces has left a couple of inviting salients to cut off; the one in the south looks particularly inviting.

Only scum use innocent people as human shields….

That’s why opening these humanitarian corridors is spot on timing.

Rats will be too busy running to stop citizens fleeing east to Syrian held ground.

That would be fun to see.

That statement in itself points toward the continued liberation.

The jihadis would break any ceasefire anyway.

The best people and normal citizens I ever dealt with were from Iran, Syria … if you were honest in your intentions … they were as well.

I never cared for Saudis, Egyptians, Jordanians … they will stab in the back without hesitation.

Agree,syrian pussy is the best.

The syrian ladies are pretty, not like the zionist whores.

Ι like Egypt…I v been there a couple of times and never had an issue, every Egyptian I met went ‘crazy’ when they heard I was Greek, they seem to really like the Greeks…thats Alexander the great’s legacy for ya I guess …

Roughly One or two in every 10 Egyptians is a Christian Copt…and Sisi always visits the Christian church at Chrismas unlike his predecessors.

f..u greek gipsy :) and the fact is his name is Aleksandar Makedonski!

Right,hence why you hang on some arab forum 24/7 living of EUs social welfare…hahahaha,pathetic country and people.

There is no nation as big and useless as the Greeks. CAUSES -They say that they produced all civilizations themselves. ?????? – According to them, Greek society found all the good things, but they were stolen by others. :))))) -God is with them. :))))))) There is no Greek society in history. There are Sparta, Athens etc etc. Hellenic culture is the macedonian-greek culture that comes from Alexander the Great. Germans gave the name Greece to the Greeks. (Modern Greece is the period that started with the establishment of a state under the name of the Greek Kingdom in the Peloponnese and Athens as a result of the defeats of the Ottoman State against England, France and Russia in 1821. Following the establishment of the Greek Kingdom, a German named Otto, who came from a Bavarian aristocratic family, was appointed as the first Greek King.)

The Greeks forged the Roman (Byzantine fake name) history as false because there is a 2000-year gap in textbooks.

Go to school its never too late boy.

Idlib city is there for the taking though , hope it isnt part of a Turko-Russian ceasefire again…

Course it will be… For a time… Just long enough for Erdogan to pivot away from Syria.

[Imgur](https://i.imgur.com/vQyMyFf.png) Heading back to Turkey …

Something very similar is happening over Idlib…only it’s not a weather phenomenon this time…⚽️?⚽️ ?

What is she doing with her hand? LOL

close the way to afrin or ambush them in their convoys

Advance to jisr alshagoor and idlib , and keep going until you liberate antakya and iskanderun.