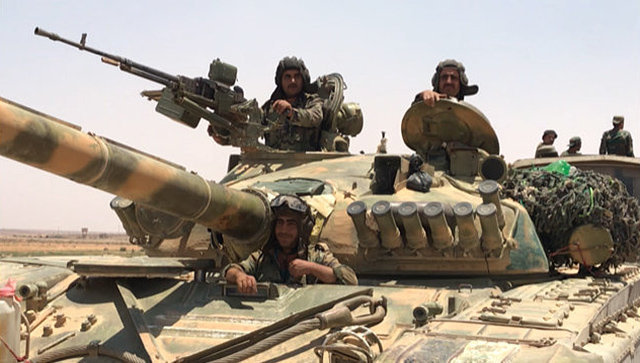 The army’s 17th Division, 25th Special Mission Forces Division and the 5th Corps will lead the operation, which will cover most of the southern Raqqa countryside especially the outskirts of the town of al-Resafa where ISIS cells have been active.

The operation is a direct response to the June 20 central Syria ambush by ISIS cells, which claimed the lives of 11 service members of the SAA and two civilians who were traveling from Raqqa to Homs.

Russia will reportedly support the new operation. Russian military advisors will help command SAA troops, while warplanes of the Russian Aerospace Forces (VKS) will provide them with close air support.

VKS warplanes are already active over the southern Raqqa countryside. Between June 22 and 23, several Russian airstrikes targeted hideouts of ISIS near al-Resafa and on Mount al-Bishri.

In May, the SAA and its allies launched a large-scale operation against ISIS cells in central Syria. The operation covered the southern countryside of Raqqa. However, it apparently failed to neutralize all the terrorists in the area.

The new operation will likely pressure ISIS cells out from the southern Raqqa countryside. The terrorists could flee towards remote parts of the central region, like the Homs desert, or even to the outskirts of the US-occupied area of al-Tanf in the southeastern region.